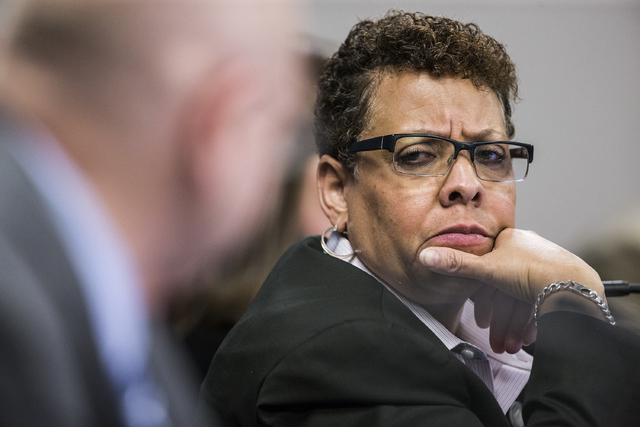 The Nevada Senate will soon consider a bill that would overturn Nevada’s ban on female genital mutilation, and Senate Democrats are tripping over themselves to vote for it.

Why would anyone support rolling back a ban on something Nevada law defines as sexual abuse?

That’s one of the questions supporters of Senate Joint Resolution 2, the “Equal Rights Amendment” to the U.S. Constitution, should answer before voting on it as early as Wednesday. SJR2 sponsor Sen. Pat Spearman, D-Las Vegas, didn’t respond to my request for comment.

Congress passed the ERA in 1972 as a constitutional amendment, needing the approval of 38 state legislatures within seven years. Even after Congress bypassed constitutional procedure to extend the deadline by three years, only 35 states approved it. Nevada wasn’t one of them.

The amendment is short, and the key part says, “Equality of rights under the law shall not be denied or abridged by the United States or by any State on account of sex.”

The soundbite of equal rights is appealing. The details of the Equal Rights Amendment are appalling.

Female genital mutilation, also called female circumcision, is currently a felony in Nevada. It involves “removing or infibulating the clitoris, vulva, labia major or labia minor for nonmedical purposes.” Male circumcision is legal, and in the United States, around 80 percent of males are circumcised.

If the ERA passes, female circumcision wouldn’t merely be legal — it’d be a right protected by the U.S. Constitution. That’d be atrocious, but the ERA doesn’t make exceptions for preventing sexual abuse.

Worried about rape culture? The ERA would force our country to have single-sex prisons. The ERA means male and female sports in high school and college would be sex-integrated, along with fraternities, sororities, the Girl Scouts and Boy Scouts. Forget the debate about transgender bathroom usage. Under the ERA, schools, businesses and churches could only offer single-sex public showers, locker rooms and bathrooms.

It would eliminate Social Security benefits for stay-at-home moms. Any military draft would have to include women, with some sent unwillingly to the front lines. It would require taxpayers to fund elective abortions. It would change Nevada’s nudity laws to allow topless women in public.

Fortunately, the deadline to ratify the ERA passed more than 30 years ago. Even Rep. Dina Titus, D-Nev., in her letter of support for SJR2, acknowledged that the bill is “symbolic at this point.”

Symbolic or not, any effort to remove a ban on female genital mutilation must be strongly opposed. Any claim by a politician after the fact that he or she didn’t understand all the implications of the ERA doesn’t fly.

A previous version of this column incorrectly identified the party affiliation and district location of Rep. Dina Titus.