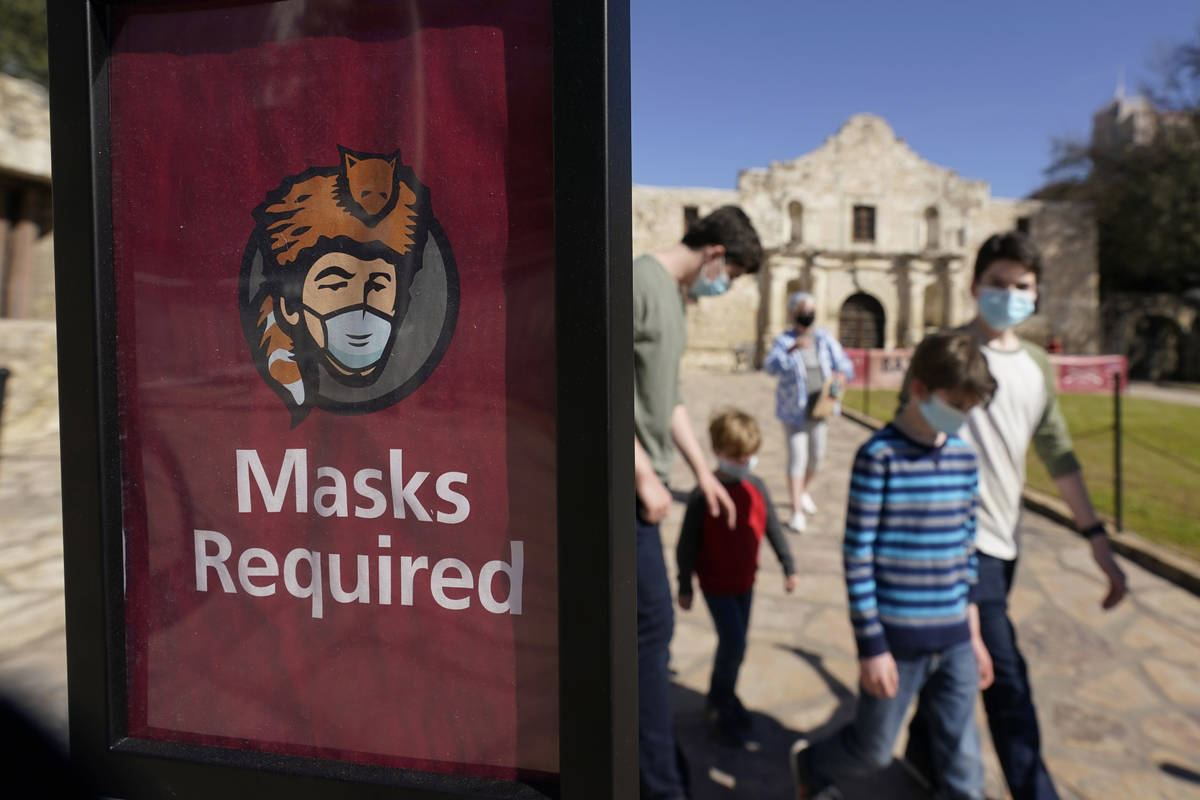 But there’s one thing Sisolak won’t let go of. He’s clinging to Nevada’s mask mandate like Linus holding onto his security blanket. There’s no end in sight.

Sisolak first imposed the mask mandate last June. At the time, Nevada had around 500 new coronavirus cases a day. That number peaked in mid-July at more than 1,200 before declining. In December, Nevada hit more than 2,700 new cases a day, another peak. Those numbers are a 14-day rolling average from the state of Nevada.

Whatever benefit the mask mandate had didn’t include preventing a surge in cases. Zoom out around the country and it’s hard to see a correlation — let alone causation — between mask mandates and reduced cases.

“The last thing we need is the Neanderthal thinking that, in the meantime, everything is fine, take off our mask, forget it,” he said.

Since March 10, Texas’ cases have dropped by nearly a third, as measured by The New York Times’ seven-day average.

Michigan, on the other hand, has had some sort of mask mandate in place since July. No “Neanderthal thinking” there, just a stunning surge in cases. From mid-February to mid-April, its number of new daily reported cases increased seven-fold.

Perhaps mask mandates provide a marginal benefit that is frequently overwhelmed by other factors. But they aren’t the magic elixir some politicians have repeatedly made them out to be.

The futility of mask mandates has been obvious for months, but they’re especially pointless now. Any adult Nevadan who wants to receive a vaccine can do so. Health officials now fret about having too many openings for shot appointments.

These vaccines are highly effective. This month, officials with the Centers for Disease Control and Prevention said they have identified around 5,800 coronavirus cases among people who’ve been vaccinated. Just under 400 of those people were hospitalized and 74 died. At the time of the report, CNN estimated that around 77 million were fully vaccinated, meaning the chances of a vaccinated individual contracting COVID were infinitesimal.

The number of breakthrough infections will increase over time. But those results are stunning.

This is true even for those in nursing homes — the most vulnerable. At the end of March, more than 14,700 nursing home residents and staff in Chicago had received two doses of the vaccine. In a review of 78 facilities, a CDC report found just 22 infections. Most had no symptoms. Just two went to the hospital because of COVID.

Nothing is risk-free, but those results are better than anyone could have hoped for a year ago.

This is all so obvious that even liberal outlets, such as The Atlantic, Slate and The New York Times, are questioning the need for outdoor mask mandates.

If you’ve been vaccinated, the marginal benefit of a mask mandate is vanishingly small if it even exists. If you’ve chosen not to be vaccinated, the government shouldn’t impose a mandate on others under the guise of helping you. Ironically, those not choosing to receive a vaccine are probably more opposed to the requirement anyway.

The time to end Nevada’s mask mandate is now.