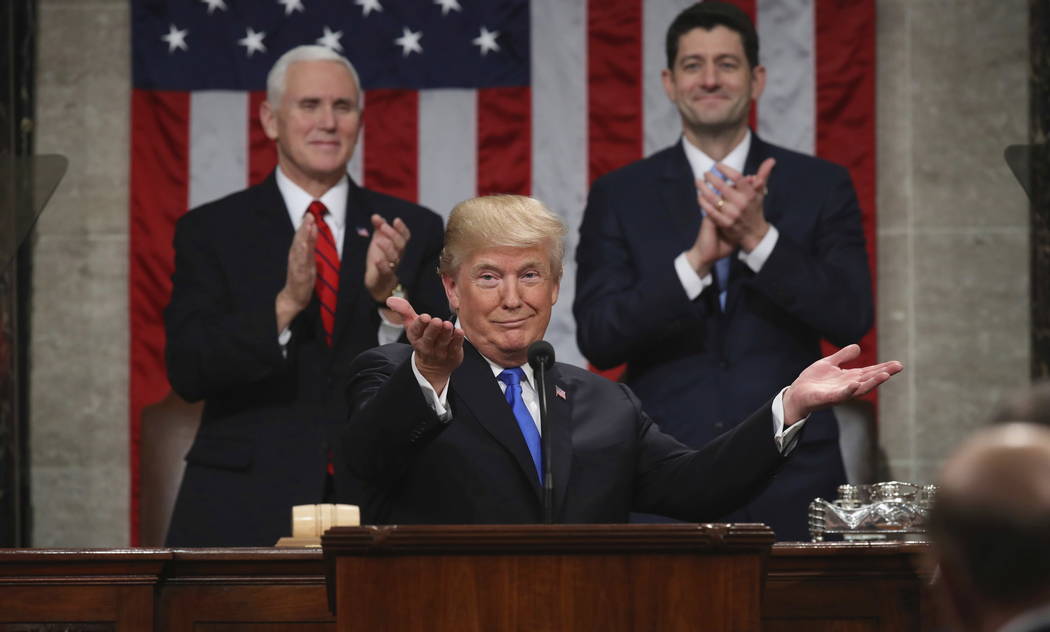 Liberals are melting down. They’re on “full tilt.” President Donald Trump has routed them.

Look no further than the news of the past few days.

Two months ago, the generic congressional poll showed Democrats winning by an 18-point landslide. Today it shows the GOP winning.

The latest consumer confidence poll was out Tuesday. It shows consumers more optimistic than at any time since 2000. Who was president 18 years ago? Bill Clinton, the last president to preside over a booming economy.

The New York Times admitted days ago that the Trump tax law is now favored by a majority of Americans. Even more remarkable, The Times quoted this columnist in a recent article on Trump. When The Times quotes Wayne Root, either hell has frozen over or the political landscape has moved dramatically.

Then, on Tuesday, actress Jennifer Lawrence announced in a Vanity Fair interview that it was a mistake for Hillary Clinton to belittle Trump supporters … and an even bigger mistake for actresses and entertainers like her to get involved in politics. She admitted only 25 percent of Americans call themselves liberals, but she recognizes she’ll need more than 25 percent of Americans to buy her movie tickets if she wants to have a successful career.

So you’d think — maybe — in light of all this news, at least some Democrats might see the light and come to their senses. Nope.

First, a look at what’s happening in California. My friends have sent me photos of billboards popping up all over Los Angeles that proclaim, “DISOBEY TRUMP.” These signs are touting the re-election campaign of a Democrat state senator. She is openly committing sedition — defined as inciting people to disobey the laws of the state.

The attorney general of California, Xavier Becerra, warned publicly recently that California will prosecute any business owner who cooperates with Immigration and Customs Enforcement. California’s AG is threatening to put business owners in prison for obeying the laws of our land and obeying a federal law enforcement agency. He is also committing sedition.

But wait, it gets better. At the California Democratic convention over this past weekend, the delegates preferred AG candidate Dave Jones over Becerra. They thought Becerra wasn’t radical enough!

Then there’s five-term incumbent U.S. Sen. Dianne Feinstein. California’s Democrat delegates voted overwhelmingly not to endorse Feinstein. They favored her opponent, radical progressive (i.e., Marxist) Kevin de Leon. He supports single-payer, the immediate legalization of Dreamers without any restrictions or compromise and massive taxes to pay for the needs of illegals. He criticizes Feinstein for supporting vouchers for poor students in Washington, D.C.

Obama led the Democrat Party to disaster. Under his leadership, Democrats lost hundreds of seats in Congress and in state legislatures. Obama’s radical policies and ideas helped the GOP take power at all levels of government.

But Democrats didn’t learn a lesson. They’ve moved left. They’re looking for a second helping of landslide defeat. The Democrat Party of your father and grandfather is dead.

California is now a foreign state. The Democrat Party there is set up to support radical causes that repulse the rest of America. It fights for the rights of illegals over legal citizens.

The future of the Democrat Party is radicals such as Elizabeth Warren, Maxine Waters, Michelle Obama and Kamala Harris. None of them can win a national election. Not as long as America is still dominated by people born in America.

Remember the hit single, “Video Killed the Radio Star”? Who would have thought it possible just 18 months ago? But Trump has killed the Democrat Party. He’s driven them so far left, Trump now looks reasonable to the vast majority of Americans.