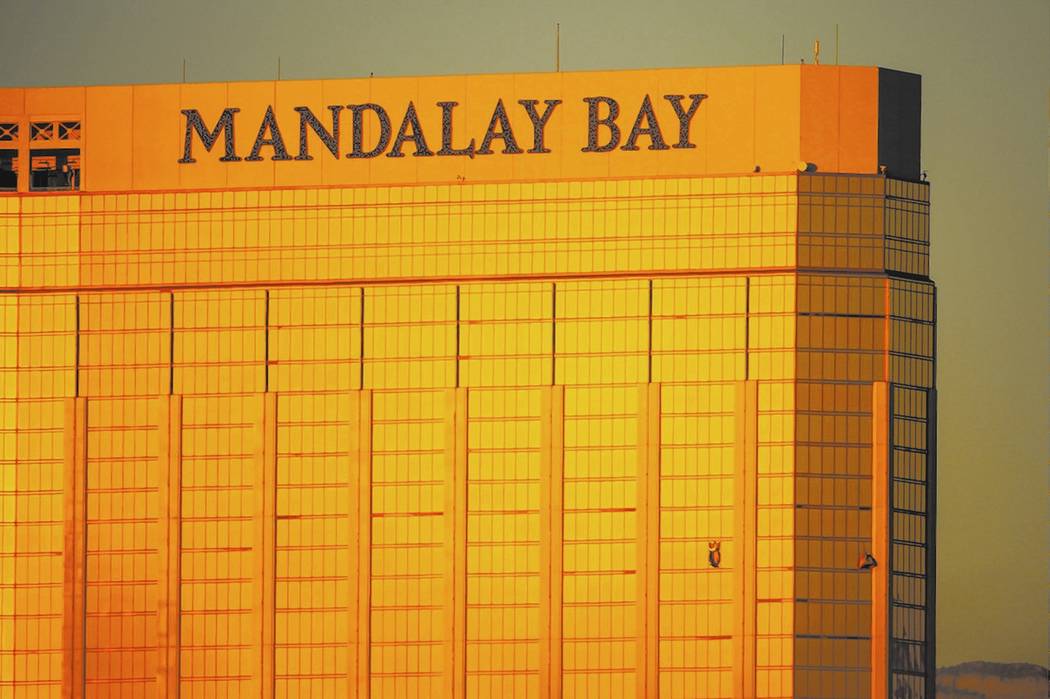 Since the Strip shooting, I have had many MGM employees come out of the woodwork to talk to me. Days ago, I met in-person with members of MGM’s security personnel. They called me and requested a meeting.

They told me a story of a company that is filled with disgruntled employees, faulty equipment and guards who have no training for a crisis. They say nobody still has any idea what to do in case of emergency.

Here are a few highlights of our conversation:

My sources say because MGM is heavily in debt and trying to save money, and because executives see security as a department that “produces no profit,” MGM made decisions to savage the security budget.

Most members of MGM security are disarmed. Only supervisors have weapons — and they are in their offices or the control room. If there’s trouble, the guns are far away. That leaves unarmed guards unable to defend guests or themselves for long periods of time. Guards feel helpless.

There is a petition at this very moment from MGM employees demanding guards be armed because employees do not feel safe at work.

Security guards are so upset they are planning to try to unionize at MGM properties.

Media critics have asked why security guard Jesus Campos was sent alone to the 32nd floor at Mandalay Bay. Because of budget cuts and severe understaffing, MGM guards are almost always sent alone on calls.

At its properties, MGM has lots of guards on the casino floor but often has only three guards on duty for thousands of guest rooms. Unarmed guards.

Many critics have wondered why police were not quickly called after Campos was shot. My sources say calls to police are always a last resort at any MGM property. They never want police involved. They want no public record of incidents at MGM properties.

Secondly, they report MGM security has cheap, faulty equipment. Their radios are the worst problem. They often don’t work or suffer “dead zones” all over the hotels. Campos may have been unable to reach his supervisors for crucial minutes. He may have been forced to use his personal cellphone.

Contrary to public perception, there are no cameras in hallways. And none in the stairwells, either — meaning a shooter could quickly escape to the street without video images.

High rollers such as Stephen Paddock are treated as untouchables. Security personnel cannot question them for fear of being instantly fired.

My sources say the shooter likely studied Mandalay Bay. He knew the shift-change times. There is a shift change at 9:59 p.m. The shooting took place around 10 p.m. It’s a time of mass confusion.

Incredibly, members of MGM security have never been trained for mass shootings or terror attack scenarios. No one had any idea what to do. My sources say they still don’t.

MGM has no TAC team (a SWAT tactical team for emergencies). Wynn has a TAC team. Wynn has been training for a mass casualty scenario since 2015. MGM is just starting that training now.

The timeline for the shooting is not easy to establish. Yes, traffic on MGM radios (when they work) is recorded. But it’s very hard to retrieve and piece together accurate timelines.

MGM’s own security supervisors and employees painted this picture for me. It’s an eye-opener.

Contact Wayne Allyn Root at Wayne@ROOTforAmerica.com. Hear and watch the nationally syndicated “WAR Now: The Wayne Allyn Root Show” from 3 to 6 p.m. daily at 790 Talk Now and at 5 p.m. on Newsmax TV.