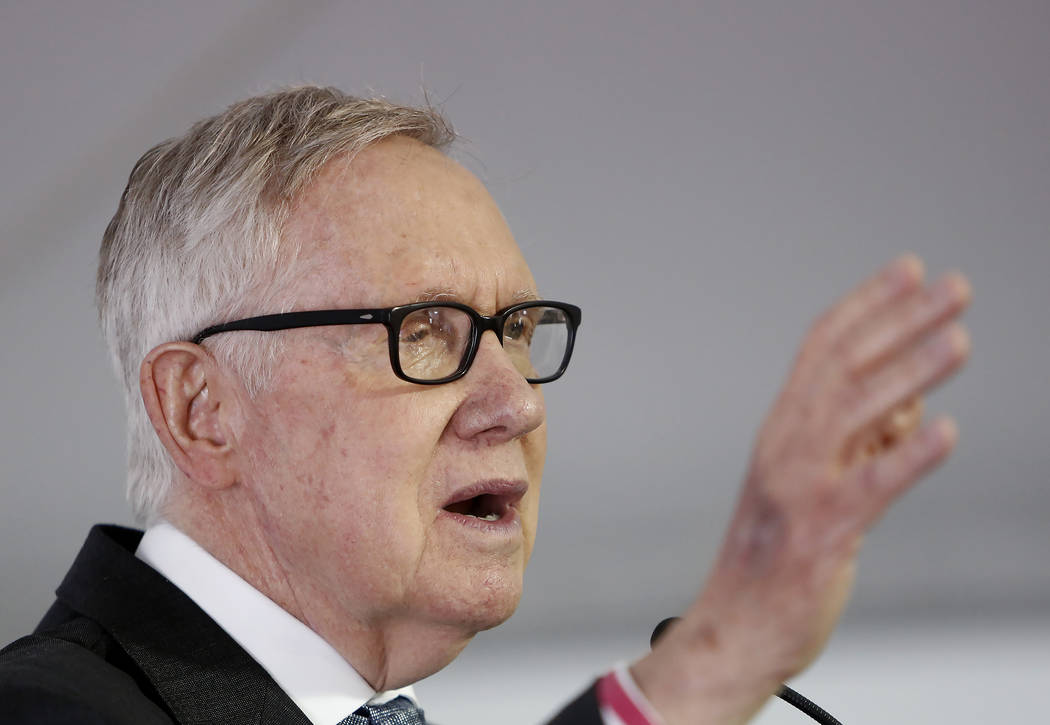 Please ignore the advertising slogan “What happens here, stays here.” It’s not true. Las Vegas is the crossroads of America. What happens here is happening everywhere. And I’ve uncovered the biggest liberal scam in America going on right here in Las Vegas.

It revolves around my home community in Henderson. I live in Anthem Country Club. There are about 1,500 beautiful homes behind the gates of Anthem.

What’s the appeal of Anthem Country Club? It’s got a big, beautiful wall around it. And thick iron gates in front, protected by armed guards. There is virtually no crime inside walled, gated, armed Anthem.

I’ve lived here for almost 17 years. My kids grew up here. They played outside every day from morning till night, and I never worried for one moment. Because of the wall, the gates and the armed guards, my kids were as safe as if they lived in “Mayberry R.F.D.” Life is good behind the gates of Anthem.

In the rest of Las Vegas … not so much. In the rest of Vegas … lots of crime and fear. This proves walls, gates and armed guards are good if you want your family to be safe.

But wait. Anthem recently added a new feature to keep our residents safe. Drivers entering our gates must show a government-issued photo ID. Anyone entering our community — guests, gardeners, maids, nannies, pool cleaners, handymen, plumbers, electricians, delivery persons — must provide state or federal government-issued photo ID or they will be denied entry. Every single one of them.

There are many lessons we can learn from studying Anthem.

■ If you want your family and children to be safe, build a wall. Preferably a wall that is also surrounded by armed guards. The Vatican understands this lesson. Mexico understands — it has a wall on its southern border. Many rich liberals in America who live in gated communities — or gated private estates or buildings with doormen — understand this lesson, too. They just don’t want you to have a wall. They clearly think their children are more important than yours. They clearly think you’re stupid, as they argue walls and guns are unnecessary.

■ Liberal Democrats are hypocrites. Guess who lives inside the protected walls of Anthem Country Club? Harry Reid. You know, your former U.S. senator. The former chief water carrier for President Barack Obama, who spent his entire Senate career fighting viciously against a wall. Harry argued walls were terrible and unnecessary.

Harry could have retired anywhere in Vegas — or anywhere in America, for that matter. But he chose to live behind the walls … and gates … and armed guards of Anthem Country Club. Harry is my neighbor. Welcome to the neighborhood.

■ The argument against Voter ID is a total scam.

How do all those gardeners and maids and pool cleaners and handymen drive through the gates of Anthem every day? The answer: They all already have government-issued photo IDs. So I guess it’s a lie when liberal politicians claim minorities don’t have photo IDs, or they’re too difficult for them to get or it’s “racist” to ask them for it.

I guess we just proved the liberal argument is a scam. Voter ID is an issue because liberals want election fraud. They can’t win without it. They want illegals to be able to vote by the millions for Democrats.

Folks, we’re being scammed. Anthem Country Club is the proof. What happens here is happening everywhere.