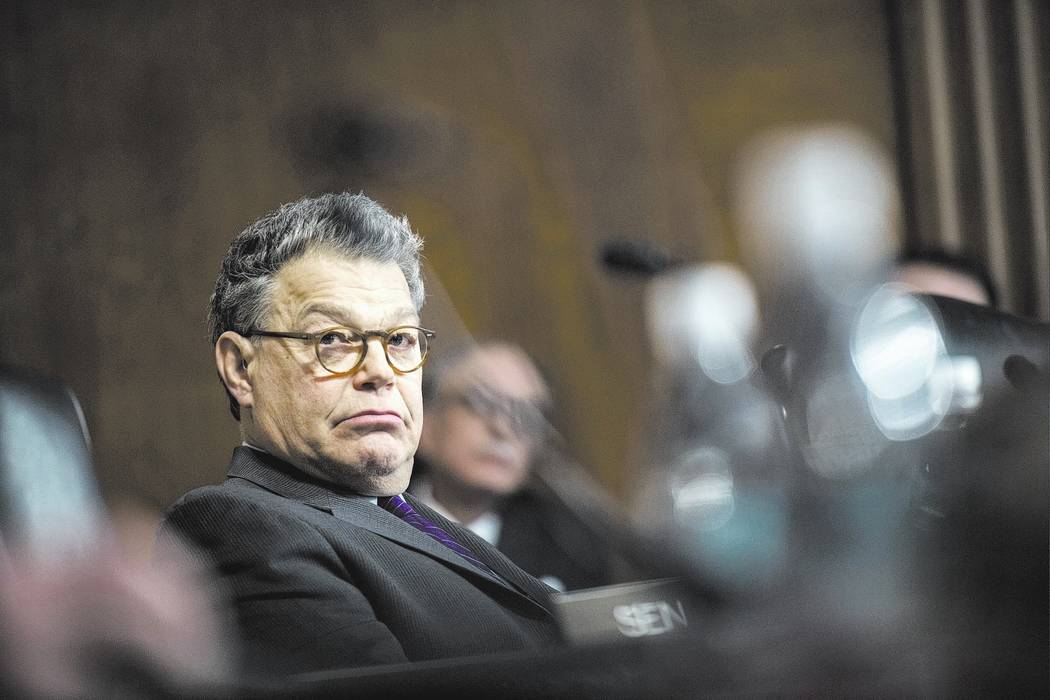 Like President Donald Trump, I’m a more of a common-sense businessman than a conservative. Here are a few common-sense observations about the biggest issues in America today: Judge Roy Moore, Sen. Al Franken and sexual harassment in Congress.

First, wouldn’t it be ironic and infuriating to Democrats if Moore is seated as a U.S. senator in 2018, but liberal Senate hero Al Franken is gone? That’s not a fantasy. That’s has a real shot of becoming reality.

Remember, long before I got into politics, I was a Las Vegas oddsmaker and sports handicapper. My political predictions have been uncannily accurate.

I predict the people of Alabama will elect Moore. First, because the accusations against him are unproven with no evidence or witnesses. Second, they are almost 40 years old. Third, because the people of Alabama bristle when the liberal New York media or D.C. establishment tell them how to vote. Fourth, because blowhard feminist lawyer Gloria Allred is involved. Fifth, because the alternative is a big spending, big taxing, pro-amnesty socialist portraying himself as a “moderate.” That acting job works across America, but I don’t believe it will play in Alabama.

My common-sense gut instinct also predicts Franken will be forced to resign sometime soon. Unfortunately for Franken, he just became “collateral damage” in the war against Moore. Democrats and establishment Republicans can’t crucify Moore and act outraged over unproven allegations against him if they condone the proven (see photo) allegations against Franken. I predict Democrats will throw Franken under the bus.

So, you see, it’s a very real possibility that Moore will be seated in the Senate come January while Franken will be gone.

Speaking of men acting creepy to women, why are liberals and feminists not severing all ties to “Creepy Joe Biden”? One Secret Service agent said, “We had to protect women from him … Harvey Weinstein level stuff.’’ The allegations include inappropriate touching on multiple occasions and swimming nude in front of female Secret Service agents and female naval officers.

Another common-sense prediction: Joe Biden will never be president.

Now to a common-sense demand. It’s a fact that $15 million of taxpayer money has been used to settle more than 200 sexual harassment claims against multiple members of Congress. This is our taxpayer money. Members of Congress are our employees (i.e. “public servants”). Why are their names sealed? We are entitled to know who they are and what they did, because our money was used to pay the settlements.

Of course, the victims are entitled to privacy. But we must demand the names of the sexual predators now sitting in the U.S. Congress. This is our right.

It is way past time this abuse stops. Let these vile “swamp creatures” be publicly identified and shamed. And demand a change in the law. From this point forward, members of Congress accused of sexual harassment must pay for their own legal fees and settlements. This is another common-sense step to draining the swamp.

Finally, here is my choice for the smartest politician in America: Vice President Mike Pence. He’s been humiliated and taunted by liberals, feminists and late-night comedians for a year now because of his policy to never meet alone with a woman (who is not his wife). If he is meeting with a female for any reason, he always demands a witness be in the room.

Liberals called Pence a “prude” and “hick.” Guess who gets the last laugh? Pence wins my award for smartest politician in America. If only Moore and Franken had listened to Pence, they wouldn’t be in the trouble they’re in. Another victory for common sense.