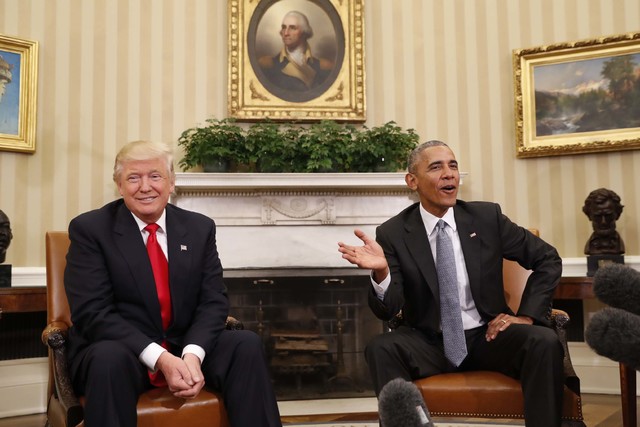 The Democratic Party has a problem. If this were “The Celebrity Apprentice” it might be worded, “You’re fired.”

And it all happened with Barack Obama at the helm for the past eight disastrous years. Obama is the doomsday captain of the modern-day Titanic formerly known as the Democratic Party.

Today the Republican Party controls the White House, U.S. House and Senate. The GOP majority in the House is the largest since 1928.

And then there’s the U.S. Supreme Court.

President Trump may get the once-in-a-lifetime opportunity to name as many as four Supreme Court justices (with so many retirements looming). Trump can put conservatives and capitalists in control of the Supreme Court for the next 40 years (or more).

President-elect Trump finished off the tsunami that has been building since the day Obama took office. Trump won 194 of the 207 swing counties that Obama won at least once. Democrats no longer control a single legislative chamber in the entire South.

With Trump at the top of the ticket, the GOP won the governorship of ultra-liberal, hippie-dippy, Birkenstock-wearing Vermont. The GOP took the state Senate in ultra-liberal Minnesota. The GOP captured four seats in the Illinois house — ending the Democrat supermajority. The GOP captured the Kentucky house for the first time in almost 100 years.

This wasn’t a Trump victory. It was a resounding message. Democrats now live alone in the wilderness.

And it’s going to get only worse. In 2018 Democrats must defend 25 U.S. Senate seats vs. eight for the GOP. Thirteen of these seats are in states Trump either won or barely lost. Five seats are from states Trump won by a landslide (19 points or more). Democrats won’t regain the U.S. Senate for many years to come.

I tried to help provide a little common sense. I was invited to address the International Association of Political Consultants Conference in Denver this past weekend. My audience was the top political campaign gurus in the world. They asked me to explain how and why Trump won … and how I was able to predict it all.

My answer was simple: Obamacare. The Democratic Party was badly damaged from top to bottom by Obamacare. The losses by the Democrats began on the day Obamacare was passed, and the hemorrhaging has continued ever since. Obamacare has hurt the American people — the same ones who vote. People aren’t stupid. If you pass something that hurts people — that destroys their job prospects, that dramatically cuts their income, that eats their budget — they will choose to vote against you. It’s that simple.

The American middle class is in despair because of Obamacare. Democrats will never recover until they face the truth and correct their course.