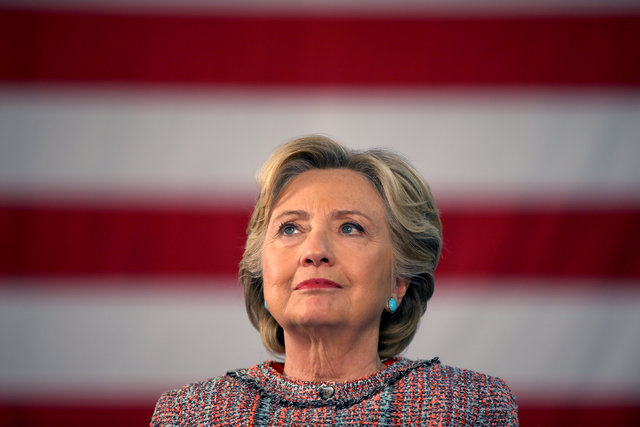 Do you know about the “ghost cities” of China?

Entire cities, the size of major American cities such as Las Vegas, are empty. They were built just to show off how impressive China is. It’s nothing but a PR scam. They are real, but no one lives in them.

This reminds me of Hillary Clinton’s presidential campaign. She exists, but are there any real people behind her? Are you certain anyone is voting for her?

The mainstream media tell us Hillary is leading in polls. Really? How many of them are excited enough to come out for her on Election Day?

I am a witness to Trump’s packed events. I’ve either been master of ceremonies and/or opening speaker at all five of Trump’s events here in Las Vegas since December. I opened the South Point rally in February with about 12,000 attending. Some called it the largest crowd for a political rally in Las Vegas history.

Just last week I was an opening speaker at Trump’s rally in Henderson with an overflow crowd attending. These aren’t just political events. These are once-in-a-lifetime experiences. Trump rallies are like Woodstock for working-class conservatives.

Hillary often has 200 people at her rallies. She can’t fill a local high school gymnasium. Worse, of the 200 people attending, many of them are local Democratic Party leaders or staffers.

In Iowa last week, about 125 people showed up to meet Chelsea Clinton. The Clinton family could fit their crowds in my living room.

How about books? Hillary has a new book out. It’s called “Stronger Together.” But no one is buying it. It should be called, “How Can I Be Running for President When No One Buys My Book?” Think about it. More than 100 million Americans watched the first two presidential debates. Yet Hillary’s book was ranked No. 2,000 on Amazon at the moment I wrote this column. It had been ranked as low as 5,000.

How can you be tied or leading the race for president and not be able to sell more than a few books?

Then there’s the campaign merchandise — hats, sweatshirts, pennants, etc. My buddy landed in Newark Liberty International Airport a few days ago. He walked into the airport gift shop. There was an entire wall of Hillary gear. There was no Trump gear. He asked the sales clerk “Why is there no Trump merchandise?” She reported that the Trump merchandise arrives twice a week and is sold out within hours. They can’t keep it in stock. Hillary’s gear? They can’t give it away.

Hillary is like those “ghost cities” of China. She is a candidate whose own supporters don’t like her.

Her campaign is a myth propped up by the corrupt mainstream media and a billion dollars in bribes — er, donations — from billion-dollar multinational corporations. Just like the “ghost cities” of China, Hillary is real, but there’s no one behind her.

Hillary is the “Ghost Candidate.”

Wayne Allyn Root is a best-selling author and host of “WAR Now: The Wayne Allyn Root Show” from 3 to 6 p.m. daily at 790 Talk Now. His R-J columns run Wednesdays and Sundays.