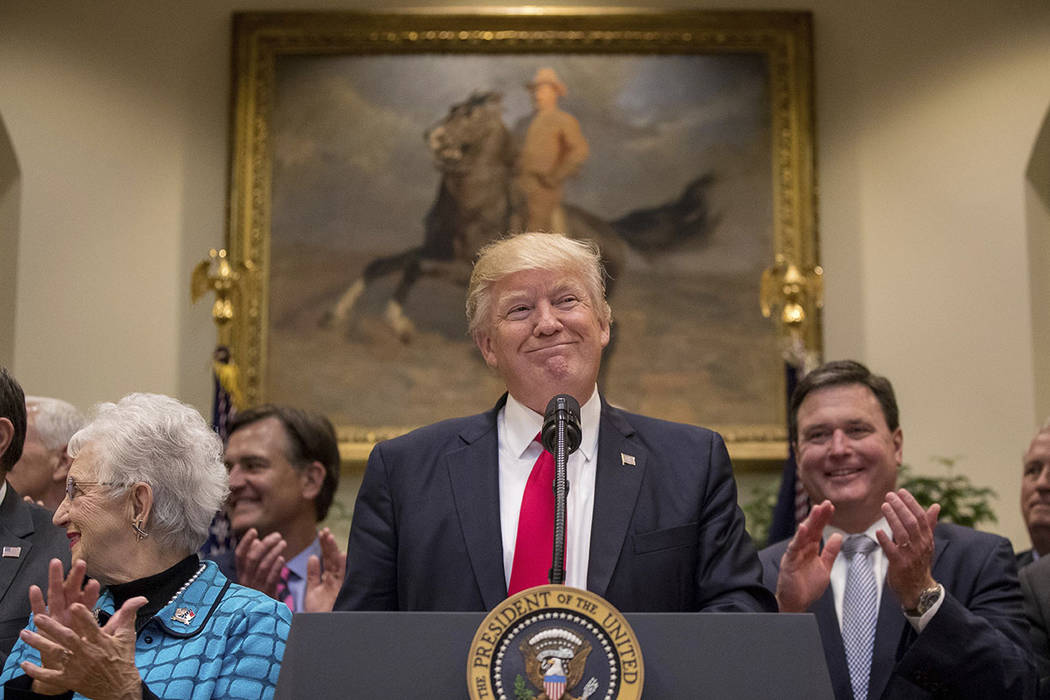 Democrats are delusional. They try to destroy President Donald Trump. They try to ruin Trump. It never works. No matter how hard they try, they can’t beat Trump.

Let me give you a great example. Three Sundays ago, I was busy watching NFL football when my phone rang. “Are you watching Fox News?” my buddy Lee asked. “Turn it on. It’s the most amazing thing I’ve ever seen in politics. Go there now!”

Sure enough, Lee was right. I’ve never seen anything like it. I would not have believed it if I didn’t see it with my own eyes.

There was President Trump in a Houston football stadium giving a speech to 50,000 people, most of them Indian immigrants. Yes, I said fifty thousand. It was NRG Stadium, home to the Houston Texans. And it was full — as if there were an NFL game going on. Trump is as popular as the NFL on a Sunday morning … with Indian immigrants.

Keep in mind the Democrat presidential front-runners rarely get more than a few hundred fans to show up. Trump routinely gets 10,000 to 20,000. But the press explains it away by saying, “It’s a sea of white faces.”

But these weren’t white faces. These were 50,000 dark-skinned immigrants from India, now proud Americans. And they love Trump. They screamed his name, “Trump, Trump, Trump!” They gave him standing ovations. This was clearly a once-in-a-lifetime phenomenon.

India’s prime minister stood on stage, arm in arm with Trump, while the crowd cheered Trump’s name. Trump could have run for prime minister of India at that moment and won. Amazing.

And no one in the mainstream media reported this once-in-a-lifetime event. Not a word.

Doesn’t the media claim Trump is hated by people of color? Yet here were Indian- Americans cheering Trump as if he’s the king of Indian immigrants.

More proof of how Trump is changing politics. Forget polls. I speak to Hispanics and blacks every day who love Trump.

Trump’s not losing in 2020. And I believe, deep down, Democrats know that. That’s why they are rushing to frame him and impeach him. It won’t work. Let me explain why.

Impeachment has only three outcomes. In each case, Trump wins.

First, House Democrats try to impeach Trump but can’t muster enough votes to impeach. They look like overreaching fools and sore losers. Trump wins by an electoral landslide in 2020.

Second, the House impeaches Trump, but the Senate acquits him. Democrats look like overreaching fools and sore losers. Trump wins by an electoral landslide in 2020.

Third, the House impeaches. Then a jealous, bitter Mitt Romney leads a RINO revolt against Trump in the Senate. They convict Trump. He’s removed from office.

Guess what happens next? Impeachment and conviction removes a president, but it doesn’t disqualify him from holding future office. Result? Trump runs as an independent and is re-elected president when all 63 million Trump voters leave the GOP to support Trump.

Trump gets revenge by destroying the GOP. Romney and the GOP won’t get 5 million votes. The GOP goes the way of the Whigs. And Trump campaigns against every GOP senator who voted against him, ending all of their careers.

In each case, Trump wins.

My advice to the GOP Senate: Cross Trump at your own peril. A vote to convict Trump is a vote to destroy the GOP and end your Senate careers in disgrace.

And my advice to Romney: Find a new party. You are a disgrace and embarrassment to me and 63 million Trump voters.