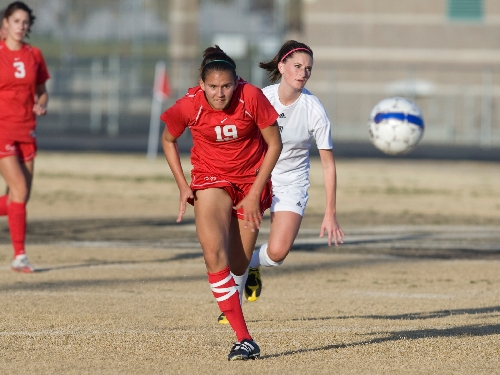 It’s common for high school athletes to spend most of their freshman year adjusting to a new level of game speed.

LeBaron, who shared the team scoring lead with Falon Miller, was a force near opponents’ goals as Arbor View won the Class 4A Southern Nevada championship, the school’s first postseason title. She also has helped fuel the Aggies’ 4-1 start this year, notching four goals and two assists to lead more than a dozen Arbor View scorers.

“The team has always encouraged me to work as hard as I could, and if you have a chance to shoot, take it,” LeBaron said. “They care, and they will help you when you need help. They’re by your side all the time. That’s really helped me.”

It’s easy to help when you have a striker as aggressive as LeBaron.

“She’s got all the skills, but she doesn’t ever let up,” Arbor View coach Jay Howard said. “She just wills herself to run through (defenders) and make plays.”

LeBaron isn’t the only Arbor View athlete in her family tree. Her brother, Tyler, is a junior first baseman on the Aggies’ baseball team.

In fact, if she wasn’t with the Aggies’ soccer team or Neusport FC during the club season, Tara LeBaron said she likely would be playing baseball or softball.

“If I’m not doing soccer, I’ll be with my brothers playing baseball,” said LeBaron, who played Little League when she was 10 years old. “If they don’t want to play baseball, they’ll play soccer with me, too. It’s that way back and forth.”

LeBaron also played a short stint of volleyball before high school. But when she arrived at Arbor View, soccer — a sport she’s played since she was 3 years old — won out.

“I’ve thought about softball, but I’m always so busy with high school soccer and club soccer,” she said.

“It’s always in the back of my mind,” LeBaron said. “My school work always comes first, then soccer, but then I can start focusing on the future. I’ll think about it every once in a while.”

And if the opportunity ever came for LeBaron to play at the same college as her brother, she said she’d consider it. But she’s not so sure about Tyler.

“We talked once about that, but he won’t go to the same college as me,” Tara LeBaron said. “It’s enough that he’s had middle school and high school with me. It’s fun to have him around, though.”

For now, LeBaron’s focus is on improving her game and helping build up her teammates. And that’s already paying dividends for the Aggies.

“Last year about halfway through the season, it clicked for her,” Howard said. “She was really good last year, and the improvement to this year is head and shoulders above where she was. 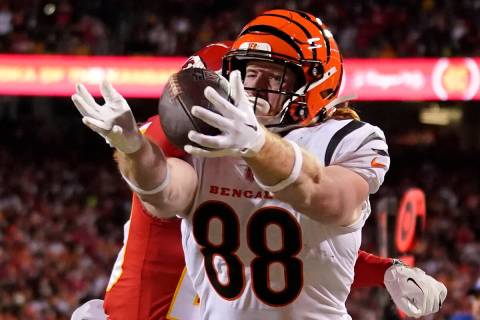