If you are having problems accessing today’s e-Edition, please click on this link VIEW E-EDITION
By Todd Dewey Las Vegas Review-Journal
December 9, 2017 - 3:51 pm 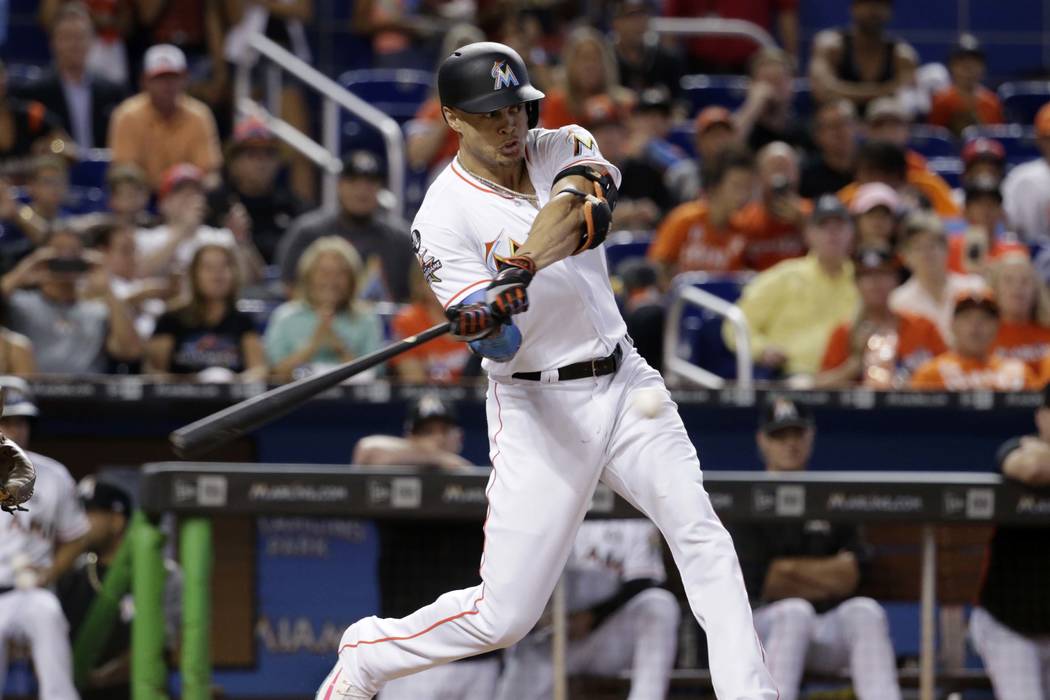 Miami Marlins' Giancarlo Stanton hits a single during the third inning of a baseball game against the Atlanta Braves, Sunday, Oct. 1, 2017, in Miami. (AP Photo/Lynne Sladky) 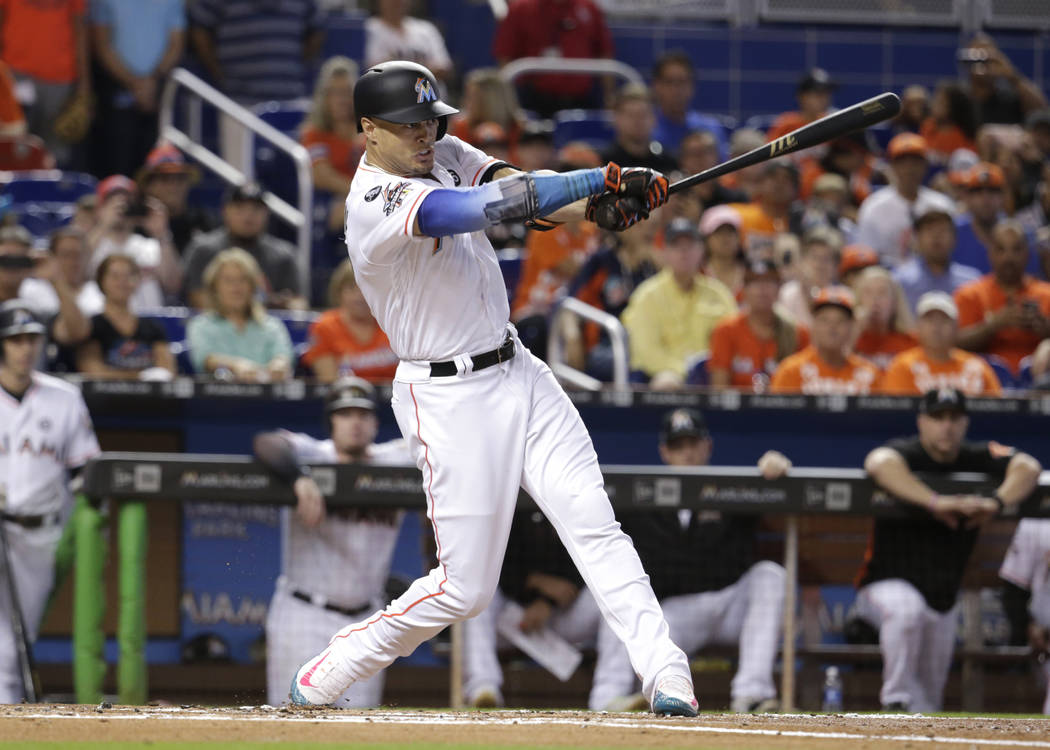 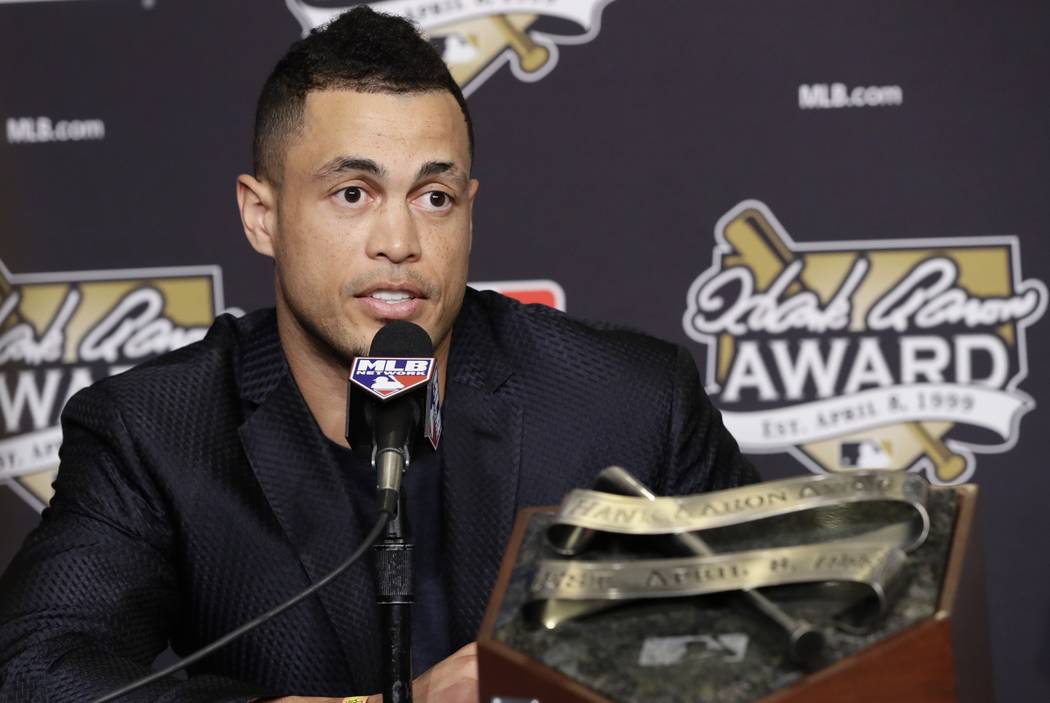 As the owner of the Florida Marlins, Jeter just helped make the Yankees the favorite to win the 2018 World Series after reportedly sending reigning National League MVP Giancarlo Stanton to the Bronx in a trade.

New York is the 3-1 favorite at MGM Resorts sports books, which took a flurry of wagers on the Yankees at 5-1 odds Saturday morning before moving them to 3-1. The Los Angeles Dodgers are the 4-1 second choice.

“We opened the Yankees at 10-1 and had taken quite a bit on them at 10-1 and 8-1, so we’re a loser with the Yankees,” The Mirage sports book director Jeff Stoneback said. “We got popped a little bit (Saturday) morning. Quite a few people bet the Yankees before we moved it to 3-1.”

Wynn Las Vegas sports book moved the Yankees from 9-1 to 6-1, where they’re the co-favorites to win the World Series with the Dodgers.

“Sometimes you see teams load up and it doesn’t always work out for you,” Wynn Las Vegas sports book director Johnny Avello said. “You’ve got to have other components. We’ll see if their pitching holds up.”