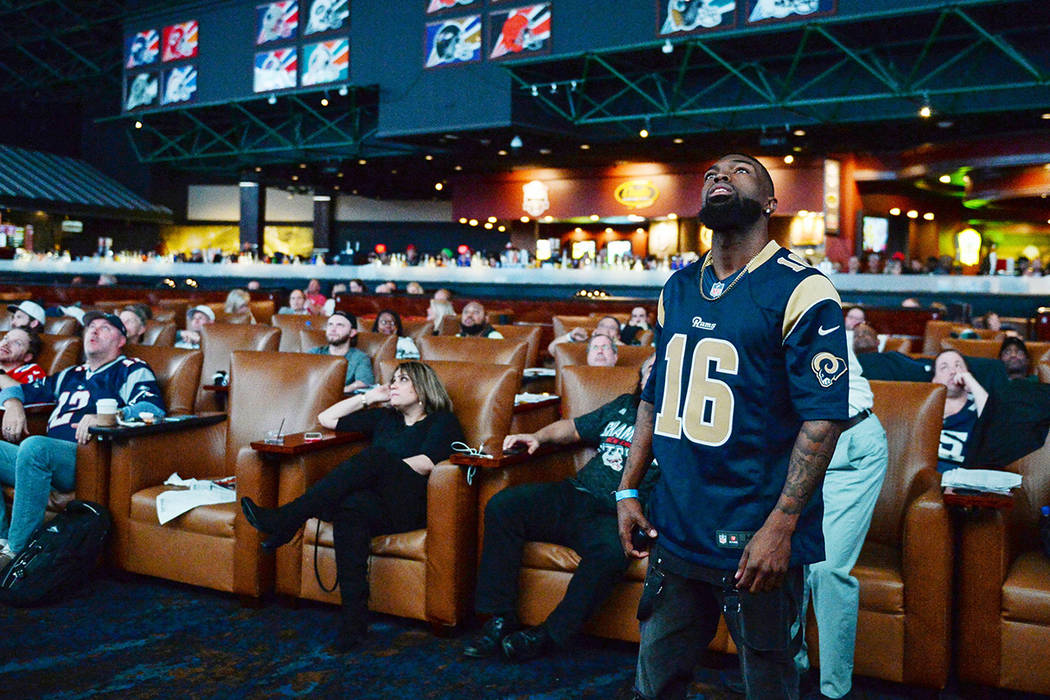 A game that set a Super Bowl record for futility fell well short of setting a Nevada record for betting handle.

The state’s 200 sports books took $145.9 million in wagers on the New England Patriots’ 13-3 win over the Los Angeles Rams on Sunday, according to figures released Monday by the Nevada Gaming Control Board.

The books won $10.7 million on the game, which was the lowest-scoring Super Bowl ever, for a 7.4 percent hold, or win percentage.

It ended a run of three straight years of record handles for the state. The Philadelphia Eagles’ 41-33 win over the Patriots last year generated $158.6 million in bets to shatter the previous record of $138.5 million set in 2017 in New England’s 34-28 overtime win over the Atlanta Falcons.

“Everybody wanted to see the Chiefs against the Saints or the Rams. I’d be willing to bet if the Chiefs were in the game, the handle would’ve blew away last year’s record.”

There were three $1 million-plus bets placed on Super Bowl LIII after at least five seven-figure wagers were placed last year, when a gambler known as Bettor X won roughly $10 million on the Eagles over the Patriots.

The unidentified bettor reportedly wagered $3.8 million on the Rams, or less than half the amount he bet on last year’s Super Bowl.

New Jersey sportsbooks lost $4.6 million on $34.9 million in wagers on the Super Bowl, the first major sporting event for bettors since sports gambling was legalized in the state last year.