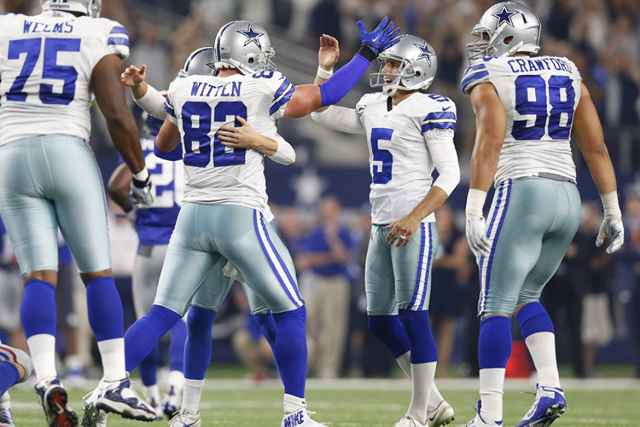 The Dallas Cowboys are valued at $4 billion, making them the most valuable sports franchise in the world for the first time since 2007.

The NFL continues to be the world’s most lucrative sports league, according to Forbes’ 18th annual NFL Team Valuations list.

The magazine declared the Cowboys as the most valuable team in the NFL for the ninth straight year. Jerry Jones bought the Cowboys in February 1989 from H.R. “Bum” Bright for $140 million.

The average NFL team is now worth nearly $2 billion, a 38 percent increase from last year, according to Forbes. The one-year increase and new average value are both the highest since Forbes began tracking NFL team values 18 years ago.

The gain was fueled primarily by a $39 million increase in national revenue for each of the league’s 32 teams. The record values are in large part due to the league’s broadcasting deals, which total $4.4 billion.

The Cowboys made an NFL record $620 million of revenue last season, according to Forbes.

The Cowboys became the most valuable sports team by passing Real Madrid ($3.26 billion). The Patriots and New York Yankees ($3.2 billion) are tied for third, with FC Barcelona rounding out the top five at $3.16 billion.

The values for the rest of the teams: