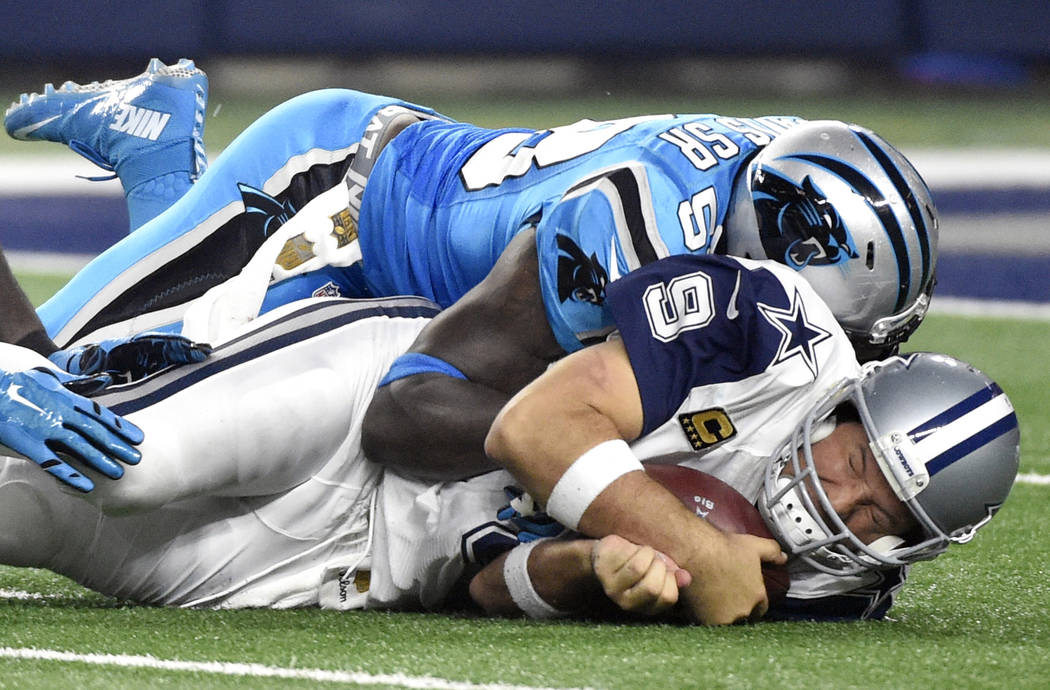 In this Nov. 26, 2015, file photo, Dallas Cowboys quarterback Tony Romo (9) is sacked by Carolina Panthers outside linebacker Thomas Davis (58) in the second half of an NFL football game, in Arlington, Texas. Romo was injured on the play. (Michael Ainsworth, File/AP) 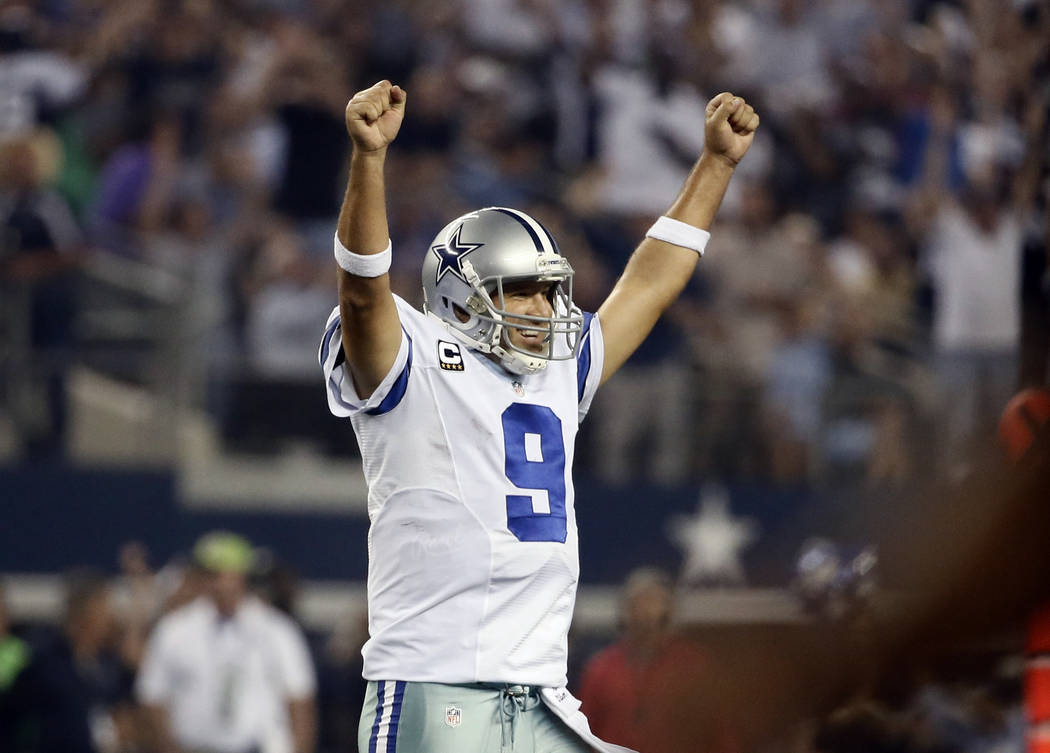 In this Sept. 28, 2014, file photo, Dallas Cowboys' Tony Romo celebrates a touchdown run by DeMarco Murray during the second half of an NFL football game against the New Orleans Saints, in Arlington, Texas. (Brandon Wade, File/AP) 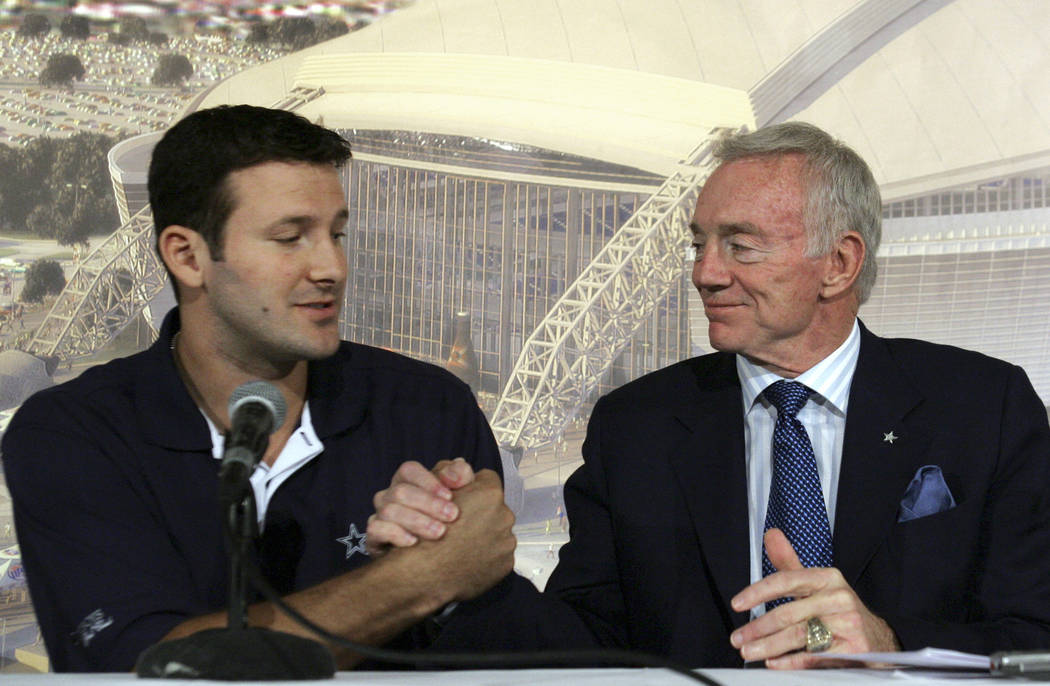 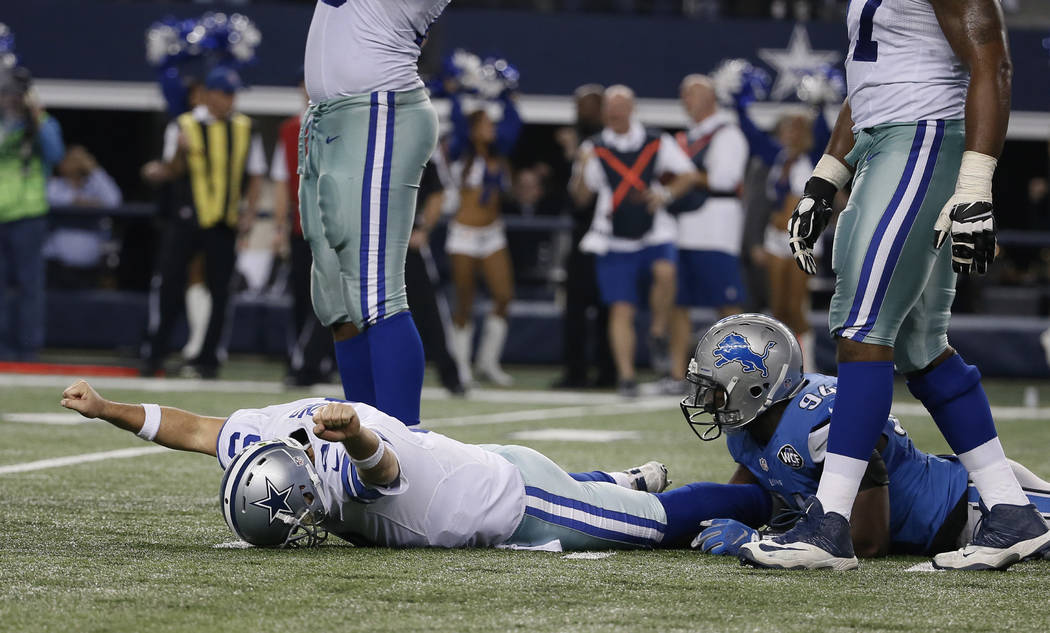 In this Jan. 4, 2015, file photo, Dallas Cowboys quarterback Tony Romo (9) celebrates a touchdown against the Detroit Lions during the second half of an NFL wildcard playoff football game, in Arlington, Texas. (Tony Gutierrez, File/AP)

DALLAS — Tony Romo’s star-crossed career as the starting quarterback for the Dallas Cowboys will soon be over.

A person with knowledge of the decision tells The Associated Press that the Cowboys will release Romo when the NFL year opens on Thursday. The person spoke to the AP on Wednesday on condition of anonymity because the team hasn’t announced a decision on Romo, who will get a chance to pursue a starting job elsewhere.

Romo will leave the Cowboys as the franchise leader in yards passing (34,183) and touchdowns (248). But he could never match the postseason success of Hall of Famers and multiple Super Bowl winners Roger Staubach and Troy Aikman.

A 10-year starter who joined the Cowboys as an undrafted free agent in 2003, Romo lost the job last season to rookie Dak Prescott after breaking a bone in his back in a preseason game.

When he was healthy again, Romo conceded the job to Prescott during a franchise-record 11-game winning streak. His departure has been expected ever since.

A trade was unlikely because Romo turns 37 next month, carries a $24 million salary cap hit and has missed most of the past two seasons with injuries. But he should be attractive as a free agent to contenders wanting a quarterback, a list that could include Denver and Houston.

A release will free about $5 million in cap space for the Cowboys, who can split the dead money from a $19 million hit over two seasons.

Romo was 78-49 as the starter, but his playoff debut 10 years ago illustrated the postseason struggles ahead when he infamously flubbed the snap on what could have been a winning field goal in Seattle.

The four-time Pro Bowler went 2-4 in the playoffs, never winning on the road or reaching the NFC championship game.

Owner Jerry Jones and Romo talked “Cowboy for life” when Romo signed the franchise’s first $100 million contract in 2013 — a $108 million, six-year extension through 2019.

And there wasn’t any reason to think it wouldn’t happen as recently as two years ago after Dallas won the NFC East at 12-4 in Romo’s last full season as the starter. The Cowboys beat Detroit in the wild-card round before losing to Green Bay in the divisional round after the famous catch that wasn’t by receiver Dez Bryant.

In the second game of 2015, though, Romo broke his left collarbone when he was sacked, and the Cowboys went 0-7 without him. He returned for two games and broke the collarbone again as Dallas sunk to last in the division at 4-12.

When Romo injured his back in the preseason against the Seahawks, Prescott had already shown promise in two preseason games. It carried over to the regular season with 11 straight wins after Dallas lost the opener. The Cowboys were the top seed in the NFC at 13-3 but lost their first playoff game to the Packers.

Romo played just one series in his final season with Dallas, throwing a 3-yard touchdown to Terrance Williams in a meaningless regular-season finale at Philadelphia. His last snap in a home regular-season game was the last of three broken collarbones sustained in his career.