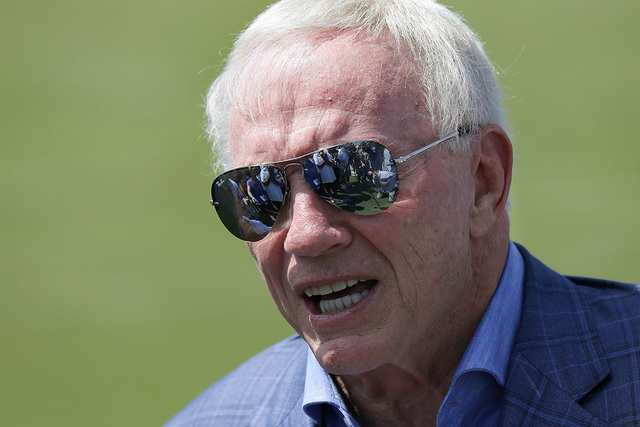 NEW YORK — Not only are the Dallas Cowboys the most valuable team in the NFL, they are worth more than any franchise in sports.

Forbes’ NFL valuations show the Cowboys worth $4.2 billion, easily topping the league for the 10th straight year. Next closest are the New England Patriots at $3.4 billion.

The average NFL team is worth $2.34 billion, a 19 percent increase over last year. That increase is primarily due to more rights fees for Thursday night games, the Rams’ relocation from St. Louis to Los Angeles, the Vikings moving into their new stadium in Minneapolis and the Atlanta Falcons nearing completion of their new stadium.

Stan Kroenke’s Rams made the biggest change in value, up 100 percent.

Team values are determined by equity plus net debt and based on each team’s current stadium (with adjustments for pending new stadiums and renovations). Revenue and operating income (earnings before interest, taxes, depreciation and amortization) are for the 2015 season, including any net of stadium debt service. Revenue from non-NFL events such as concerts and stadium tours, is included when such revenue goes to the team owner or owners.

Buffalo has the lowest team worth at $1.5 billion.