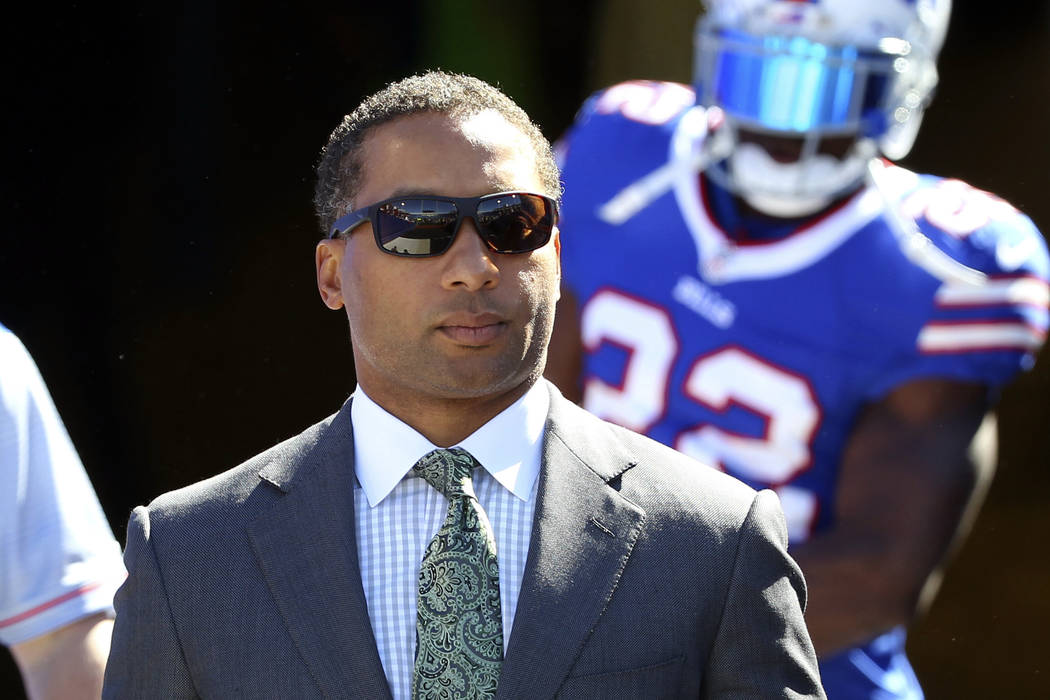 In this Sept. 25, 2016, file photo, Buffalo Bills general manager Doug Whaley walks to the field before an NFL football game against the Arizona Cardinals on in Orchard Park, N.Y. (AP Photo/Bill Wippert, File)

Whaley will report to commissioner and CEO Oliver Luck.

Whaley spent the majority of his career with the Bills, Pittsburgh Steelers and Seattle Seahawks. He was with the Bills from 2010-17 in a variety of roles before his promotion to GM from 2013-17.

Before joining the Bills, Whaley spent 11 years with the Steelers as the team’s pro scouting coordinator, where he won two Super Bowls.

Whaley is currently serving as the director of college recruiting for the NFL Players Association’s Collegiate Bowl through the end of the year.

The XFL kicks off in early 2020. The league will start with eight teams, 45-man active rosters, and a 10-week regular-season schedule, with a postseason consisting of two semifinal playoff games and a championship game.