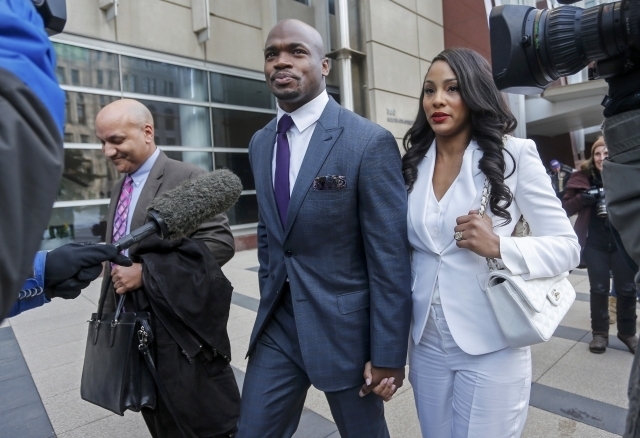 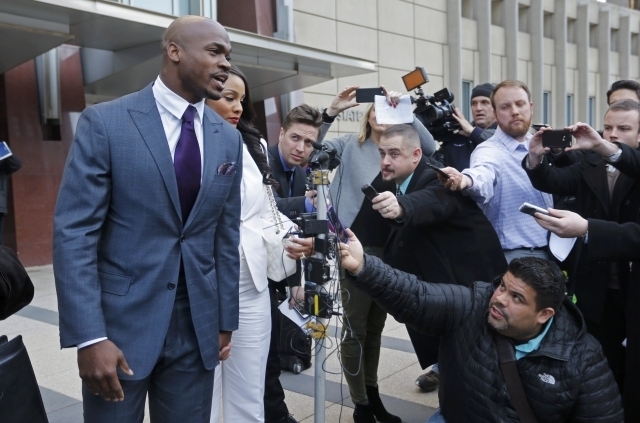 Minnesota Vikings running back Adrian Peterson was reinstated to the NFL on Thursday when Judge David S. Doty granted a petition to vacate the indefinite league-imposed suspension handed down by commissioner Roger Goodell.

“There is no dispute that the Commissioner imposed Peterson’s discipline under the New Policy,” Doty wrote Thursday. “It is also undisputed that in the (Ray) Rice arbitration, the hearing officer unequivocally recognized that the New Policy cannot be applied retroactively, notwithstanding the Commissioner’s broad discretion in meting out punishment under the CBA.

Doty has long been viewed as a player-friendly judge. The NFL offered no immediate reaction.

Peterson has three years remaining on his current contract. He is owed $12.75 million next season.

It’s not clear if he wants to return to the Vikings. His agent, Ben Dogra, had an altercation with chief contract negotiator Rob Brzenski at the Scouting Combine in Indianapolis last week when Dogra reportedly told the Vikings that Peterson was done in Minneapolis. Reports had surfaced that Peterson was not fully comfortable returning to the team.

Peterson told friends that he felt “betrayed” by the Vikings, according to multiple reports. However, Peterson’s father said last week that he would not rule out a return to the team.

General manager Rick Spielman said at the combine that the Vikings would welcome Peterson back. Coach Mike Zimmer said he also valued Peterson as a football player. However, the team is not likely to bring Peterson back at a lofty price tag.

Thursday’s ruling will allow the two sides to communicate directly.

“This is a victory for the rule of law, due process and fairness,” the NFLPA said in a statement Thursday. “Our collective bargaining agreement has rules for implementation of the personal conduct policy and when those rules are violated, our union always stands up to protect our players’ rights. This is yet another example why neutral arbitration is good for our players, good for the owners and good for our game.”