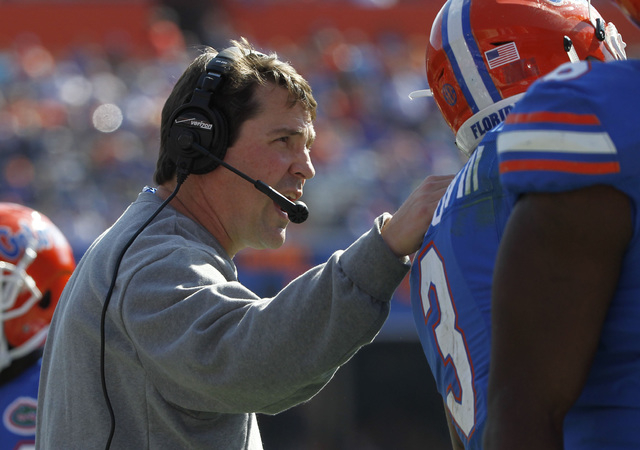 An announcement could come as early as this weekend after Muschamp withdrew his name from consideration for the Houston head coaching job, 247Sports reported.

The 43-year-old Muschamp, considered a defensive specialist, was fired last month by Florida after posting a 28-21 record in four seasons. He previously served two stints at Auburn as a graduate assistant in 1995 and 1996 and the defensive coordinator in 2006 and 2007.

Reports indicated that Auburn would make Muschamp the highest paid defensive coordinator in the country at between $1.6 million and $1.8 million per year.

Auburn ousted defensive coordinator Ellis Johnson on Nov. 30 after the Tigers were beaten 55-44 by Alabama. Auburn (8-4) finished 59th in the country in scoring defense (26.1 points per game) and total defense (388.7 yards) during the regular season.

Texas A&M and South Carolina were also rumored to be possible landing spots for Muschamp as a defensive assistant.

Houston is looking for a coach to replace Tony Levine, who was fired after three seasons. The Houston Chronicle reported that the school recently interviewed Muschamp.