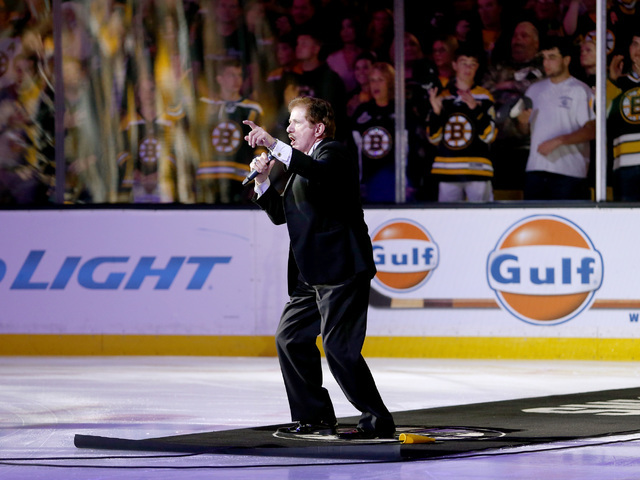 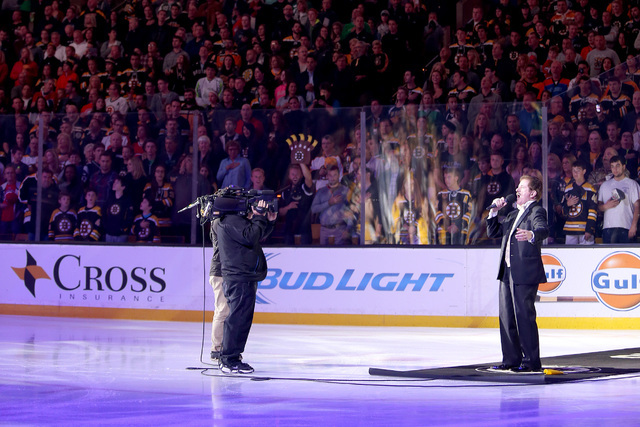 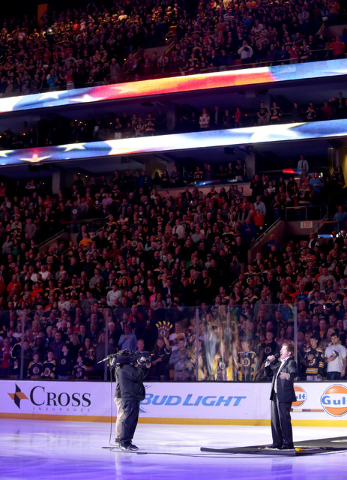 Bill Foley faces major decisions now that he finally has his NHL team in Las Vegas. Obviously, hiring a president and general manager are at the top of the list, with a coach not far behind. But there are plenty of other decisions that have nothing to do with the play on the ice that will be important to the fledgling franchise’s presentation.

Here are 10 things that may not make headlines, but will have an impact on the game experience at T-Mobile Arena:

1. Anthem singer. Every game begins with the national anthem. In the NHL, tradition is a big part of who gets to sing. It’s also a superstitious thing. When Kate Smith sang “God Bless America” at the Spectrum in Philadelphia during the 1970s, the Flyers rarely lost. Most NHL teams have a regular national anthem singer — think Jim Cornelison in Chicago, Rene Rancourt in Boston, Lauren Hart in Philadelphia, Pia Tuscano in Los Angeles, Lyndon Slewidge in Ottawa and Paul Larieau in Edmonton. Whoever Foley hires should sing the anthems, U.S. and Canadian, with gusto, passion and without improvisation. Sing it right or don’t sing it at all. And this being Las Vegas, there will be no lack of qualified candidates.

2. Mascot. Not every team has one. But in a market in which Foley wants to cultivate interest among young fans, it’s probably going to be worth having. No matter what the team is ultimately called, there should be an ability to create a mascot that kids will be attracted to and adults won’t find annoying. If the Black Knights or Knights ultimately prevail as the team name, that should be fairly easy to come up with an appropriate mascot, though riding a horse onto the ice at T-Mobile Arena might not be such a hot idea. Better to teach the Knights mascot how to skate.

3. Cheerleaders. Again, not every team employs them, but this is Las Vegas. And the thought here is more about these young ladies (or men) being team ambassadors rather than doing routines in the arena or on the ice. They can make appearances at schools, hospitals, parades and other events, and as long as it’s tasteful, it should be a positive public face for the team. Some NHL teams have cheerleaders act as “Ice Girls” cleaning the ice during timeouts. If Foley goes that route, he’ll need to find females who can skate.

4. Goal horn. This once was the sole domain of the Chicago Blackhawks, who had a fog horn that would sound when they scored in old Chicago Stadium. But every NHL team has one today, and each has its own distinctive sound. Finding one with the right pitch will add to the experience.

5. Fan sections. This probably will manifest itself over time, but in every NHL rink, there are pockets of hardcore fans who sit together, are loyal win or lose and usually start the “Let’s Go …” chants as well as others that span from G-rated to PG-rated to sometimes R-rated. Usually, such sections are found in the balcony, and the team should offer hardcore fans a chance to sit together, perhaps at a discount.

6. Video coach. The hockey ops people will handle this one. But with the NHL expanding its replay system, having a knowledgeable person oversee the video of close calls will be essential. Hoping the coach makes the right call on whether to challenge can mean the difference between winning and losing.

7. Organist. Every team plays music during the game, but hockey tradition mandates a team has an organist to play before games, between periods and at the end. And they don’t have to play “Lady of Spain.” For fans of the movie “Slap Shot,” you know what we’re talking about.

8. In-house DJ. Another important part of the in-game experience is a DJ who provides music during warmups, stoppages of play and other down time. This is the world capital of DJs, so it should be easy to find one.

9. Interactive kiosks. This team doesn’t have any history to create its own Hall of Fame. And even though Las Vegans are more hockey savvy than they’re given credit for, a couple of areas on the concourse should be set up to help educate novice fans. There should be a “locker room” setup that shows what the players’ equipment looks like, from skates to helmets and especially what goalies use. The NHL probably has videos on the rules that a fan can learn with the touch of a button to understand offsides and icing, as well as what constitutes a penalty. There also are several former Thunder and Wranglers players who still live in Las Vegas who could be employed to share their knowledge with fans.

10. Guest relations. This will be a collaborative effort with the arena. If a fan has an issue, these front-line employees will need to solve the problem quickly and efficiently. Whether it’s a seat issue, an obnoxious neighbor, someone who suddenly takes ill or gets hit by a puck, anything situation that presents itself, guest relations must be able to handle it.