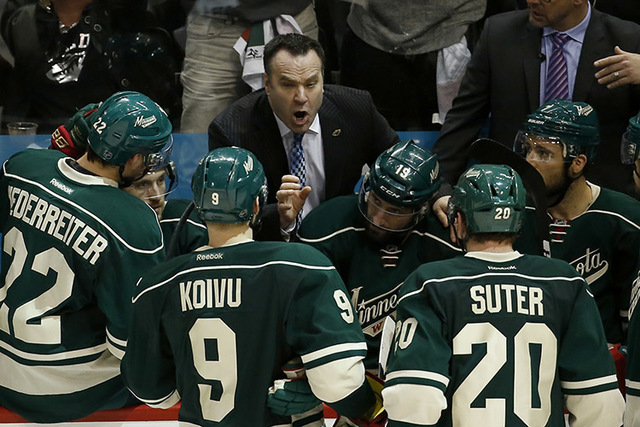 Minnesota Wild head coach John Torchetti talks with his players during the third period of Game 6 in the first round of the NHL Stanley Cup playoffs against the Dallas Stars in St. Paul, Minn., Sunday, April 24, 2016. (Ann Heisenfelt/AP) 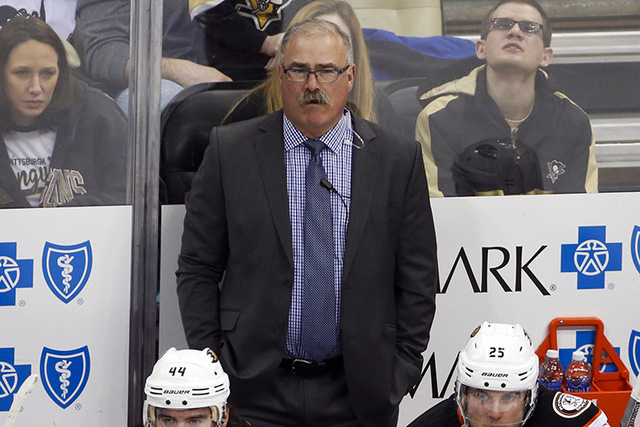 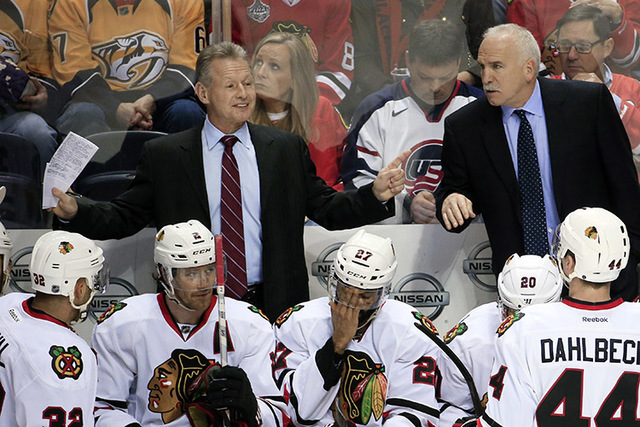 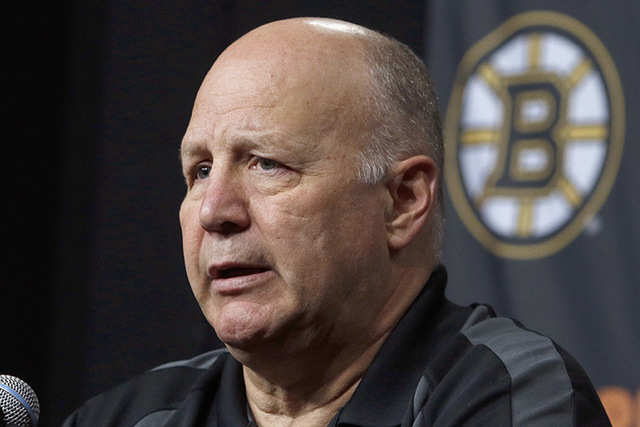 Unfortunately for Bill Foley, Glen Gulutzan won’t be returning to Las Vegas as the Calgary Flames recently hired the former Wranglers coach and general manager to be their head coach. Even though it’s a year away and who knows what names could become available, here are five potential coaches for Las Vegas’ new NHL franchise come October 2017:

Paul MacLean: Assistant with the Anaheim Ducks. Was the former head coach of the Ottawa Senators. Understands the NHL game and is great with the media.

John Torchetti: Assistant coach with Detroit Red Wings. Stepped into a mess of a situation in February when the Minnesota Wild fired Mike Yeo and guided the Wild to the playoffs. An old-school hockey guy.

Travis Green: Head coach of the AHL Utica Comets. Made it to the Calder Cup finals two years ago and is considered a rising star in coaching.

Mike Kitchen: Former head coach of the St. Louis Blues. He has won two Stanley Cups in his six years as an assistant to Joel Quenneville with the Chicago Blackhawks. He may be ready to return to being a head coach.

Claude Julien: Head coach of the Boston Bruins. he’s been taking some heat last couple of years and if the Bruins let him go, he’d be ideal to lead a startup team. Has a .621 winning percentage in nine seasons in Boston and won the Stanley Cup in 2011.