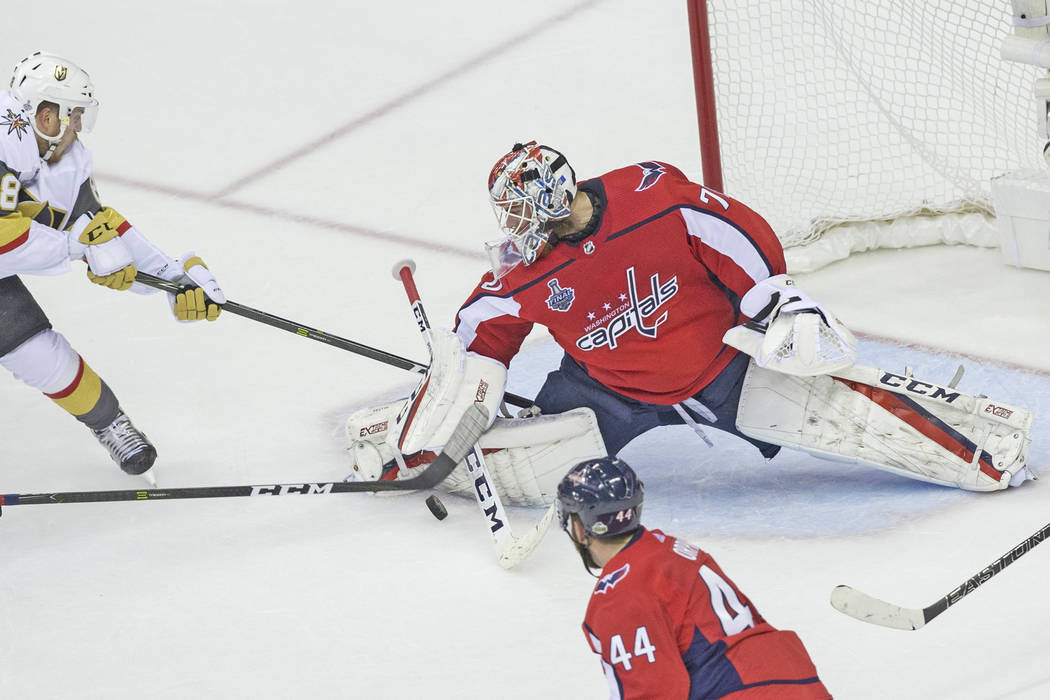 Key numbers from Game 4 of the Stanley Cup Final:

3 —The Golden Knights’ longest losing streak of the season, which they matched Monday night.

4 — Sets of teammates in the past 20 years to score at least 12 goals each in a postseason. Capitals Alex Ovechkin (14 goals) and Evgeny Kuznetsov (12) are the latest.

24 — Blocked shots by the Capitals, 16 more than the Knights.

30 — Shots on goal by the Knights, seven more than the Capitals.

31 — Consecutive Stanley Cup Final series won by teams after they take a 3-1 lead.

39 —Years since a Washington pro team had a lead in a best-of-seven championship series.

54 — Postseason points by Capitals’ John Carlson, tying the team record for most by a defenseman.