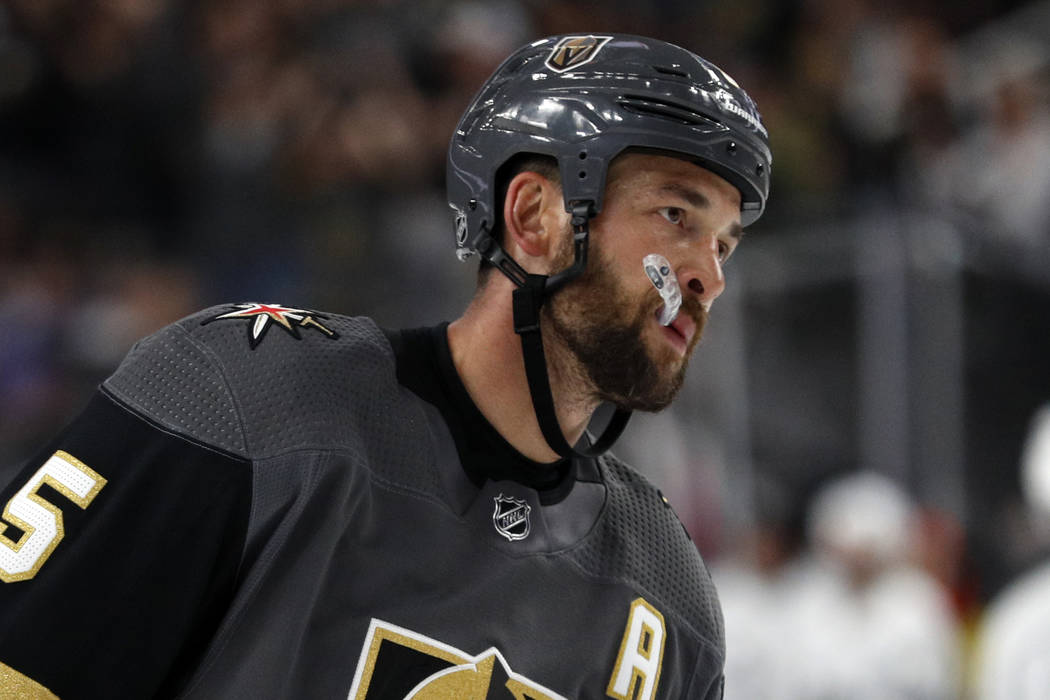 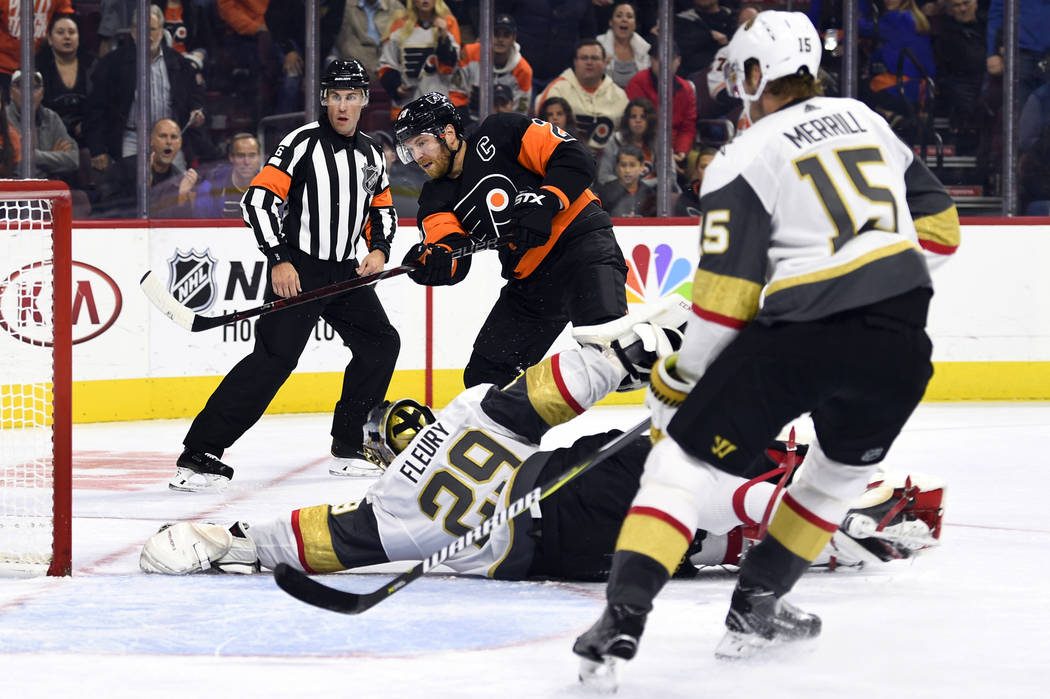 PHILADELPHIA — When the Golden Knights announced their lineup Saturday, they revealed two new defensive pairings. The one that stayed together was Deryk Engelland and Shea Theodore.

But more changes could be in store after Engelland was injured during the second period of the Knights’ 1-0 victory over Philadelphia at Wells Fargo Center.

Engelland was hurt while being tied up by Philadelphia center Scott Laughton as the two battled for the puck in the Flyers zone about five minutes into the period.

It was a seemingly innocent play, but Engelland was hunched over and appeared to be clutching his arm as he headed to the Knights’ bench.

Engelland immediately walked through the tunnel to the locker room and did not return.

After Brayden McNabb and Colin Miller were victimized for two breakaway goals in a 4-2 loss at Pittsburgh on Thursday, Gallant split up that pairing.

McNabb partnered Nick Holden against the Flyers, while Miller skated with Jon Merrill.

The Knights already were thin on defense with Nate Schmidt suspended for the first 20 games of the season after he tested positive for a performance-enhancing substance.

Jake Bischoff was reassigned to the American Hockey League on Friday, leaving the Knights with seven defensemen. Brad Hunt could draw into the lineup if Engelland is out for an extended period.

The Knights went 0-for-3 with the man advantage against the Flyers and are scoreless in 15 power-play opportunities.

Gallant changed the personnel on the top unit when Philadelphia’s Wayne Simmonds took a hooking penalty with 4:15 remaining in the third period, putting Miller and Shea Theodore at the point with Jonathan Marchessault, William Karlsson and Reilly Smith.

The Knights had been using one defenseman and four forwards on their power plays.

Entering Saturday, the Knights were one of six teams yet to score a power-play goal.

Goaltender Marc-Andre Fleury (26 saves) earned his 406th career victory to move within one win of tying Glenn Hall for 10th place on the league’s all-time list.