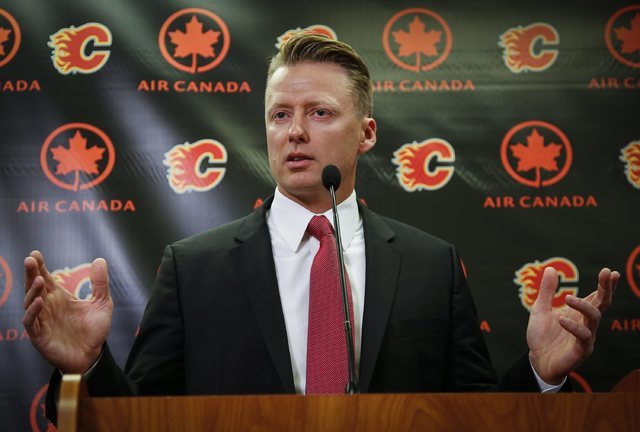 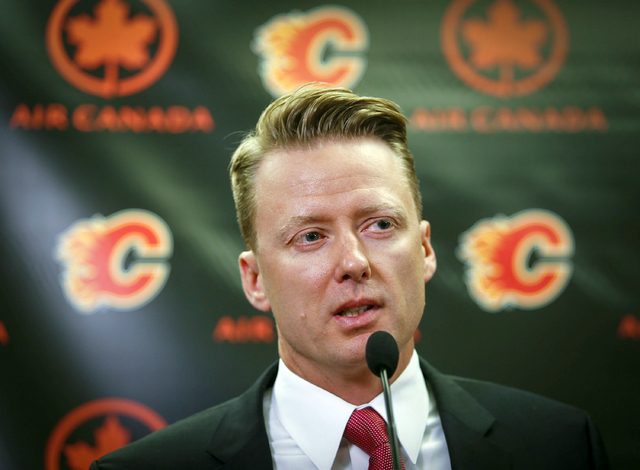 The Las Vegas NHL team has yet to name a general manager or coach. But one possible coaching candidate no longer is available.

Glen Gulutzan was named the Calgary Flames’ coach Friday. He was the first coach and general manager of the Las Vegas Wranglers when they started in the ECHL in 2003. He also suited up for a game with the Las Vegas Thunder in 1997.

“I started with this organization when I was in Las Vegas trying to establish a working agreement with the Flames in 2004,” Gulutzan, 44, said at his introductory news conference Friday in Calgary. “I’m used to this flaming C.”

Gulutzan, who had only one losing season in six years with the Wranglers, guided the team to the Kelly Cup finals in 2008. He left Las Vegas in 2009 to coach the Texas Stars of the American Hockey League.

Two years later, he was named coach of the NHL’s Dallas Stars. In his two seasons, Gulutzan had a 64-57-9 record but missed the playoffs both years.

Gulutzan was fired in 2013 when the Stars hired Jim Nill as general manager, but quickly resurfaced in Vancouver as an assistant to coach John Tortorella. Willie Desjardins retained Gulutzan as an assistant when he replaced Tortorella in 2014. Desjardins had been Gulutzan’s assistant in Dallas.

“To me, the biggest thing about hiring Glen is his ability to connect with young players,” Flames general manager Brad Treliving said. “He’s a communicator. He answers the questions of why and how.”

The Flames missed the playoffs this past season, and Gulutzan will focus on hastening the team’s transition skills.

“We want to utilize the assets we have and play fast and maintain control of the puck,” Gulutzan said. “How can we stay connected when we have the puck?”

Gulutzan said the experience of coaching in the NHL the past five years will be key in getting the Flames back to the postseason.

“But the big difference now is I have the experience. I learned from a lot of different coaches, and these last five years have given me a good base to coach in the NHL.”