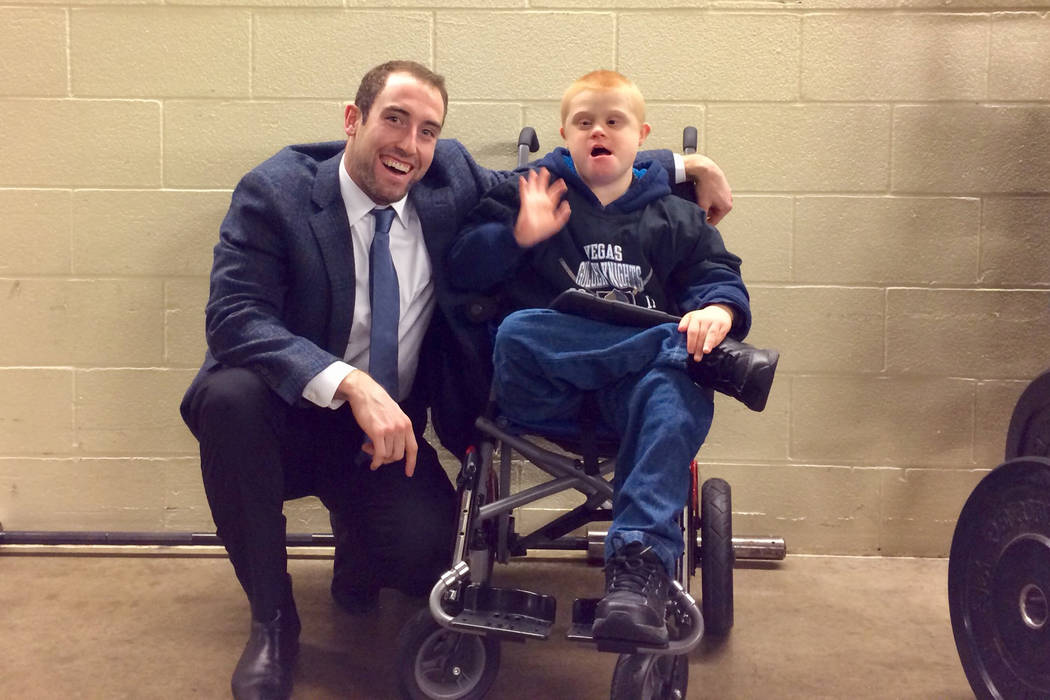 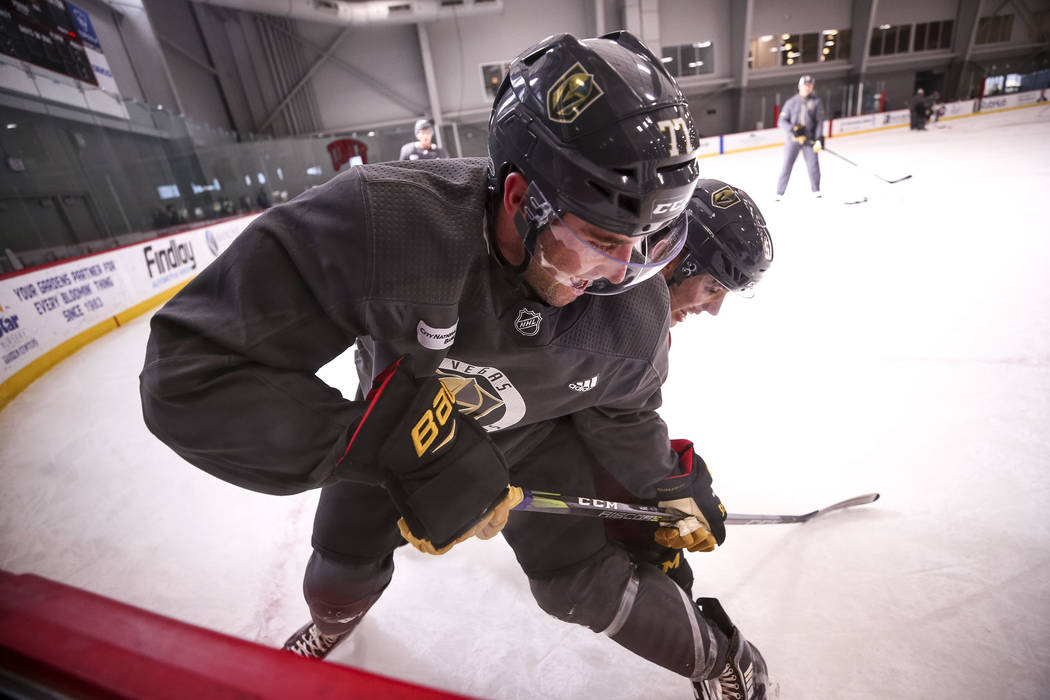 Brad Hunt had a special friend visit him last week, though he was hoping to keep the visit private.

The Golden Knights defenseman reconnected with Chase Buell, who Hunt met five years ago when he was playing minor league hockey in Oklahoma City. Buell, 10, has Down syndrome. He can’t communicate verbally. But Hunt said the two get along just fine.

Buell and his parents drove from Oklahoma City to Las Vegas and attended three of the Golden Knights’ home games. Chase wore a Knights jersey with Hunt’s No. 77. After practices at City National Arena, Hunt and Chase were on the ice together, Hunt pushing the wheelchair.

Chase having a blast with Brad Hunt!! So worth the 16 hour drive to see friends together again. Chase has an amazing friend. @GoldenKnights pic.twitter.com/EyPQxggLEY

“He wanted me to go faster,” Hunt said. “I think I was having more fun than Chase.”

Chad Buell, Chase’s father, said the family and Hunt have a special bond.

“It goes beyond hockey,” Chad Buell said. “It’s not about being in the NHL. It’s the person Brad is. He’s a great individual and I think there’s a connection he and Chase have.”

Picture with Hunt and Fleury before another spin on the ice. pic.twitter.com/Qzt8VCLXsV

When William Karlsson registered his second hat trick of the season Sunday, he became the 11th player in NHL history to have multiple hat tricks with a team in its first season.

Karlsson is one of nine players to have two hat tricks with their team in its inaugural season. The record is four by Blair McDonald of the 1979-80 Edmonton Oilers.

Karlsson also became the eighth player in the expansion era to register a natural hat trick for his team in its inaugural season. Tyler Wright had been the most recent, having done it for Columbus in 2000-01.

If Brendan Leipsic has any loose ends to tie up in Las Vegas, perhaps he can do so while in town with the Vancouver Canucks, Tuesday’s opponent for the Knights at T-Mobile Arena.

Leipsic was traded Feb. 26 to the Canucks for defenseman Philip Holm. In his first four games with Vancouver, Leipsic had two goals and four assists. But he has since cooled off, going point-less in his last five. With the Knights, Leipsic struggled offensively with just two goals and 11 assists in 44 games.

The Knights were nominated Monday for two awards by the Sports Business Journal in its 11th annual Sports Awards.

The team was a nominee for Sports Team of the Year along with the Nashville Predators, the NBA’s Golden State Warriors and Toronto Raptors, Major League Baseball’s Houston Astros and Atlanta United FC of Major League Soccer.

In addition, T-Mobile Arena was a finalist for Sports Arena of the Year. The winners will be announced May 23 in New York.