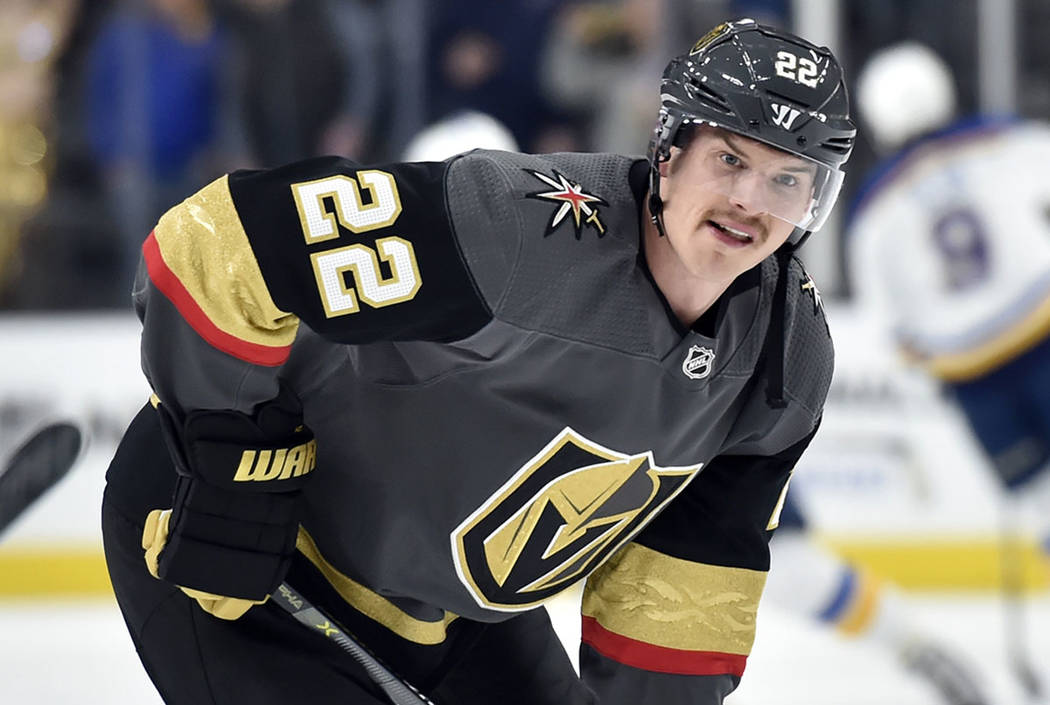 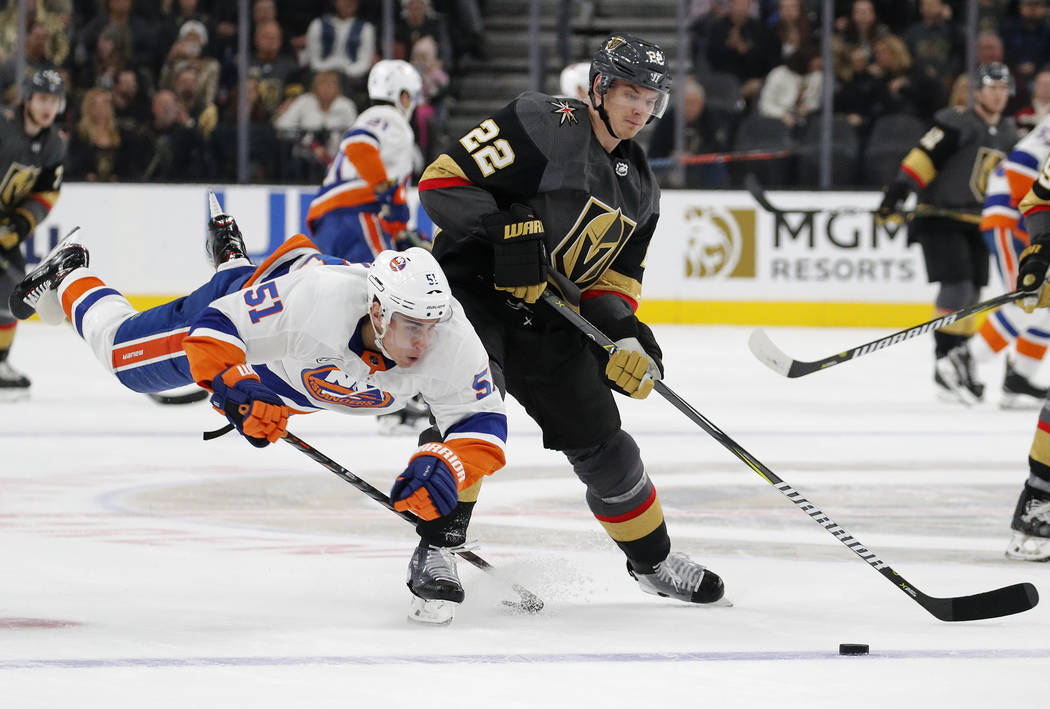 WINNIPEG, Manitoba — When the Golden Knights entered the offseason in search of a depth defenseman, a few players offered their input to general manager George McPhee before they scattered for the summer.

The message was unified. They didn’t care about points or advanced analytics or Norris trophies.

What they wanted was someone who would mesh with the locker room culture that was created during the Knights’ inaugural season.

“When I talked to George at the end of last year — and a lot of guys said it — we really want to continue to have good people,” defenseman Nate Schmidt said.

That’s where Nick Holden comes in.

The veteran defenseman has provided a steady, if unspectacular, presence on the blue line after signing in July.

But it’s Holden’s fun-loving and outgoing personality that endeared him to his new teammates.

“That’s somebody that we needed in the offseason,” defenseman Shea Theodore said. “The coaching staff and George did a good job, and I think he just fits in really well with this group. To get somebody that fits right into the room, I think that translates on the ice.”

Added Jon Merrill: “He’s one of those guys you wouldn’t mind sitting next to on a delayed flight at the bar and having a conversation with. He’s an awesome guy.”

Holden nearly quit hockey as a teenager growing up in St. Albert, Alberta, and followed an unconventional path to the NHL.

He went undrafted and spent five seasons in the American Hockey League before he caught on with Colorado in 2013 at age 26.

“For me, my faith’s been big,” Holden said. “That’s helped me to continue to pursue this, where at certain points it probably would have been easier to quit and head back home and get a job.”

Holden spent three seasons with the Avalanche until he was traded to the Rangers in 2016. He posted a career-high 11 goals and 34 points in his first season in New York, but struggled last season and was sent to Boston at the trade deadline.

The Knights signed the unrestricted free agent to a two-year, $4.4 million deal.

“When you don’t notice him, those are his best games,” coach Gerard Gallant said. “I really like a lot of things that he does for us. He doesn’t stand out, he’s not a flashy guy, and that’s exactly what we thought we were getting.”

Holden’s style of play makes him a lightning rod for criticism since his mistakes tend to stand out more.

He admitted it took some time to adjust to the Knights’ aggressive systems, which require defensemen to move the puck quickly.

“I think early on I wasn’t making the right reads sometimes, maybe pinching offensively giving up some stuff, or in the (defensive) zone making the wrong read on my player where I’m supposed to be,” Holden said. “I feel just the consistency in my game has been better.”

Holden has three goals and 13 points to go with a plus-1 rating and is one of four players to play in all 48 games for the Knights, joining William Karlsson, Jonathan Marchessault and Brayden McNabb.

After skating at right and left defense with multiple partners in the first 20 games, Holden started to develop chemistry with Colin Miller until the latter was hurt Dec. 17 at Columbus.

Holden played nine of the past 10 games on the right side with Merrill, and they’ve combined for a plus-8 rating.

“He’s been playing such a solid role,” Schmidt said of Holden. “Him and Jonny have been really good the last however many games since Colin has gone out. I like their game right now.”