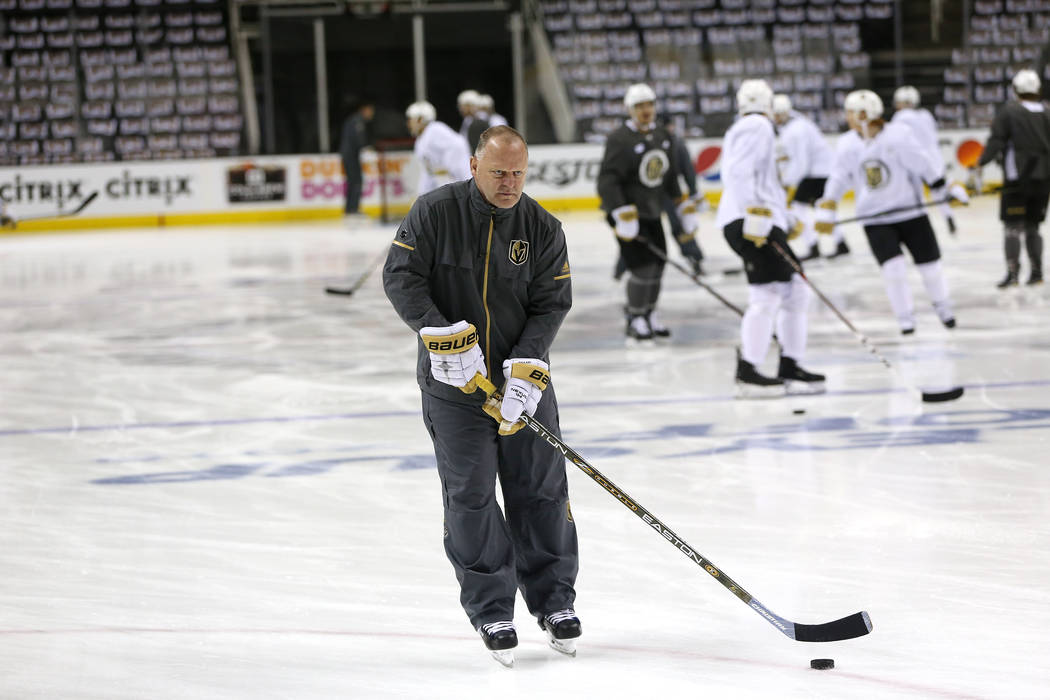 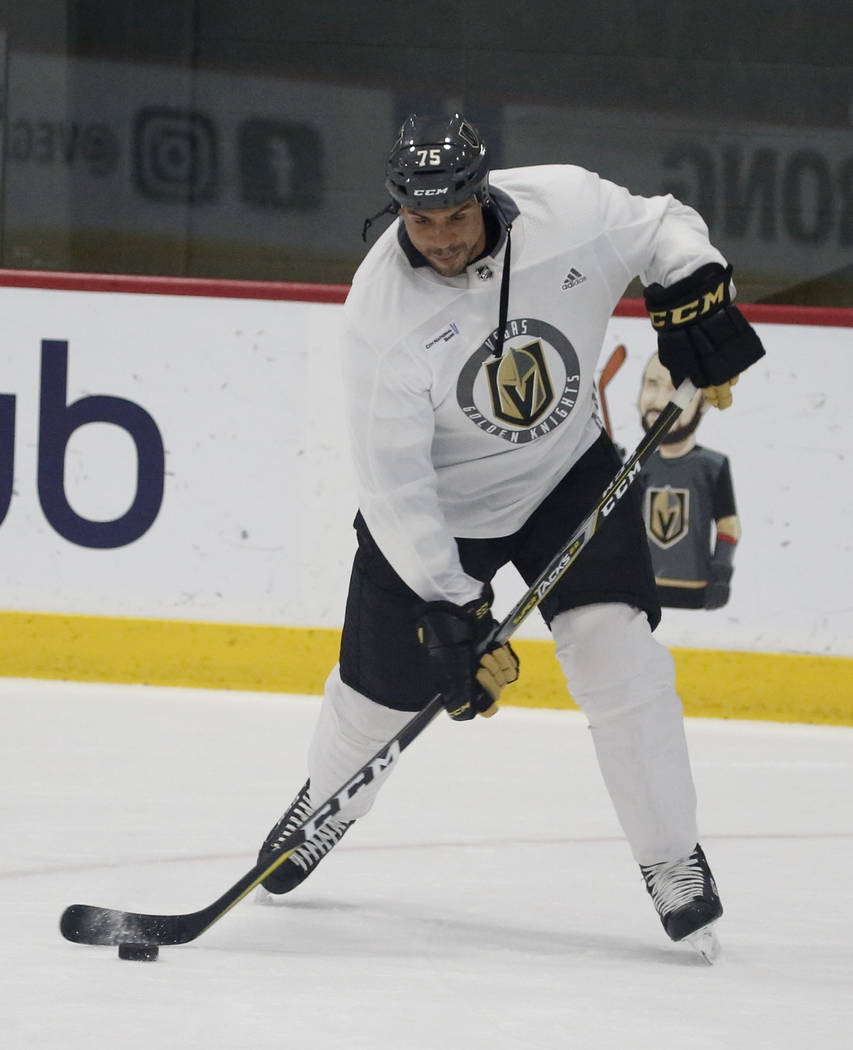 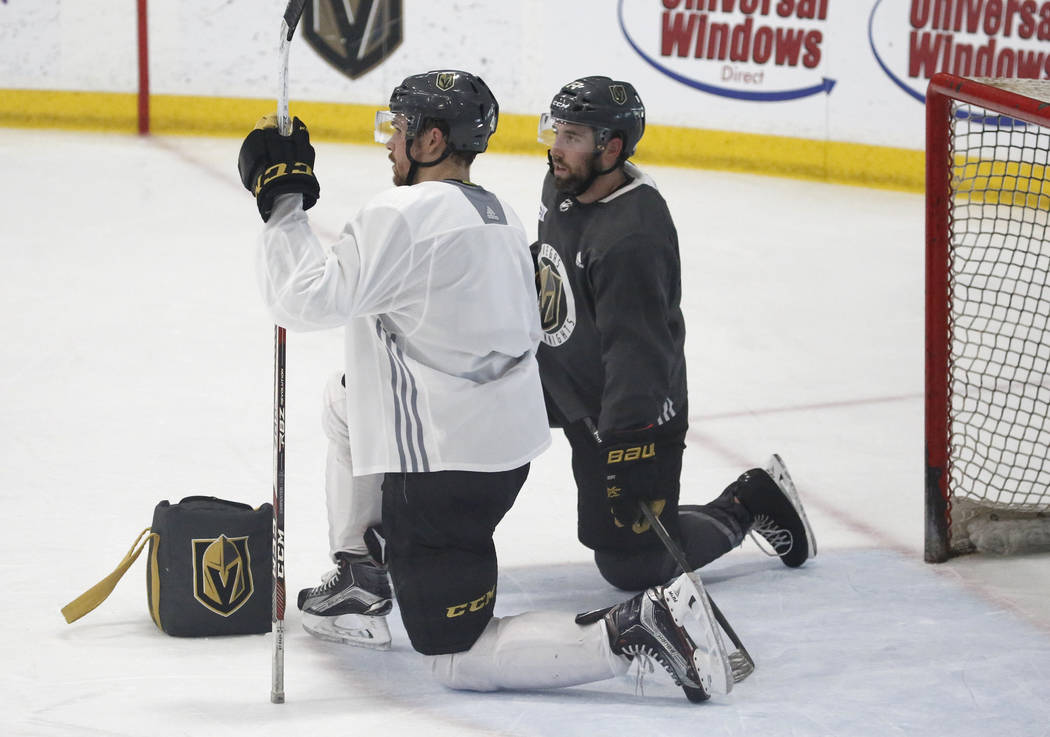 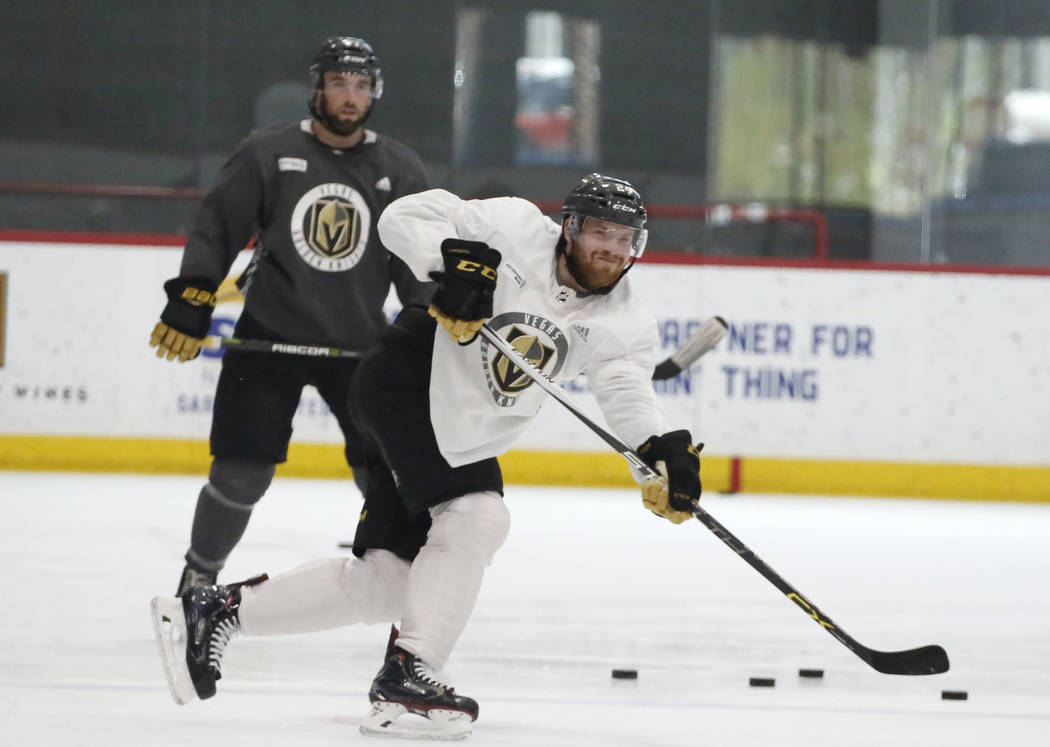 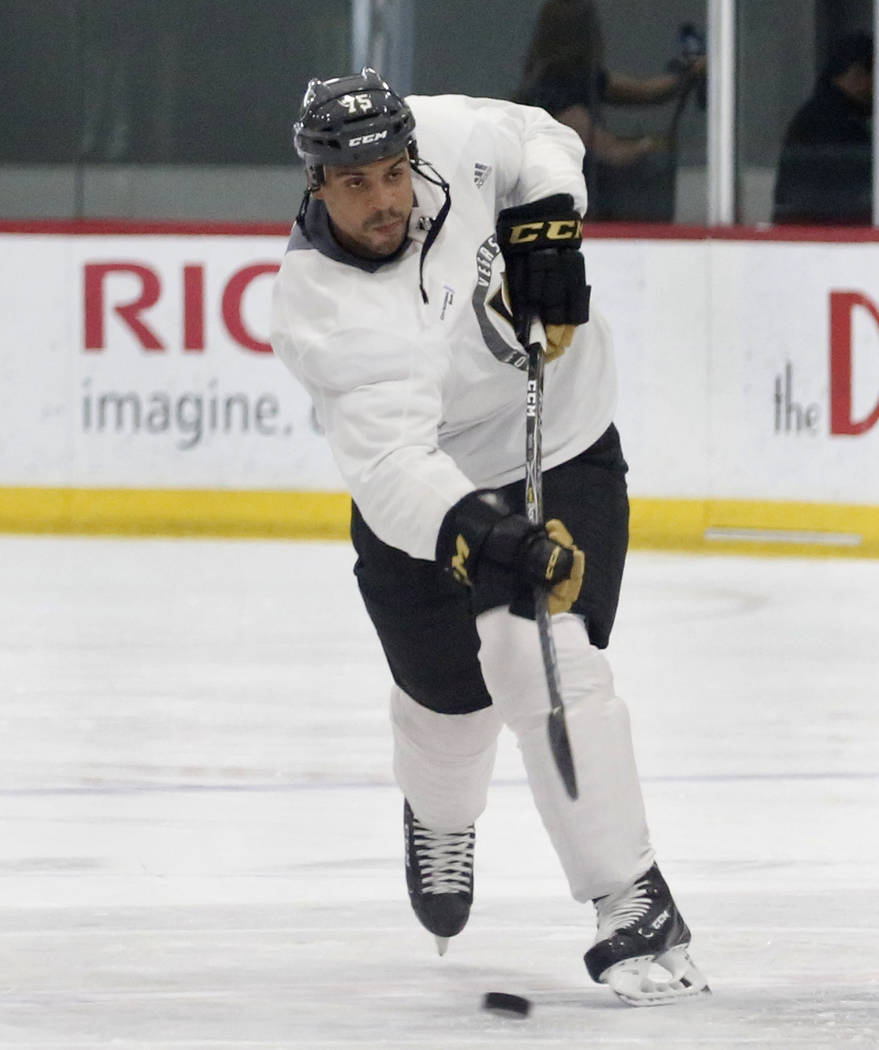 Coach Gerard Gallant wasn’t saying Thursday whether he might juggle the Golden Knights’ lineup for Game 5 Friday against the San Jose Sharks.

“We’ll see,” Gallant said after he gave his team the day off after Wednesday’s 4-0 loss in San Jose that tied the Western Conference semifinal at two games apiece.

“We talk as a staff every day and we’ll talk in the morning, and if we decide to make any changes, we’ll do it then.”

Gallant might choose to bring back Ryan Carpenter after the forward sat out the past two games in favor of Tomas Tatar. Gallant could also opt to use Ryan Reaves or Oscar Lindberg. Neither forward has played in the postseason.

Gallant could keep the same players in the lineup but move lines around. One option would be to return David Perron to Erik Haula’s line while moving Alex Tuch down to Cody Eakin’s line. He did that during Game 3 and it appeared to give the Knights a lift.

When asked if he’d be comfortable with such a switch, Perron said, “That’s a question for coach. I’m just here to play wherever he tells me to.”

Gallant’s options on defense include playing veteran Luca Sbisa and sitting Jon Merrill. Sbisa hasn’t played since Feb. 27 when he injured his right hand. But he has been practicing for weeks and maybe it’s about finding a different look on the blueline to challenge the Sharks.

“As I said (Wednesday), we have to play better and compete harder,” Gallant said.

The hockey world was mourning the passing of one of its giants Thursday after the news broke that executive Bill Torrey had died Wednesday night.

The NHL mourns the passing of a true legend of our game, the incomparable Bill Torrey.

Torrey, who is best known for building the New York Islanders’ dynasty of the 1980s when the Isles won four straight Stanley Cups and 19 straight playoff series, was 83. He had been with the Florida Panthers since their inception in 1993 and built the franchise that went to the Stanley Cup Finals in only its third year of existence.

Torrey, a 1995 Hockey Hall of Fame inductee, had been serving as a special advisor to team president and general manager Dale Tallon at the time of his death.

“I got to know him really well during my 2½ years there,” Gallant said. “He was very supportive of the coaching staff, and he helped us a great deal.

“As good a hockey man as he was, he was a better person. He’ll be sorely missed.”

Golden Knights prospect Nicolas Hague was named the recipient of the Max Kaminsky Trophy, awarded annually to the Ontario Hockey League’s Most Outstanding Defenseman of the Year, the league announced Thursday.

Hague, 19, led the Mississauga Steelheads in scoring and finished second among blue liners with 78 points (35 goals and 43 assists) in 67 games.

Hague, who was selected in the second round (34th overall) in the 2017 NHL Draft, signed his entry-level contract with the Golden Knights in September.

The Knights are part of a seven-part series produced by ESPN called “Quest for the Stanley Cup.”

The series, which premieres Friday, is exclusively on ESPN+. In Part One, Knights forward James Neal gives a tour of Las Vegas and talks about the special connection between the team and the city.