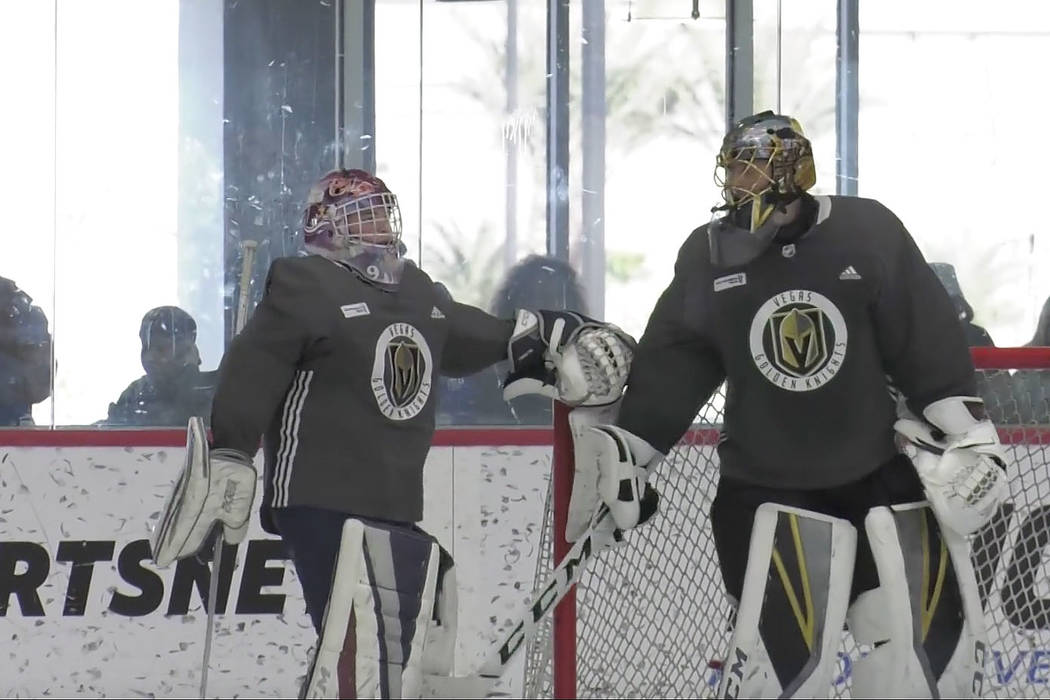 The Knights have lost nine of their last 13 games but there’s still plenty going on around the team. Let’s get to it:

The team’s shooting percentage is 8.6 percent, 26th in the NHL, and players need to work harder to set screens and fight for rebounds. Assistant coach Mike Kelly also believes opposing goalies are playing well against the Knights because they’re energized by the matchup.

“It sounds like a simplified answer, but a lot of times players get up for certain teams and we seem to be one of those teams right now,” Kelly said. “It’s OK, it’s a compliment to us and how hard our guys work. It’s reality for us now.”

Center Pierre-Edouard Bellemare doesn’t believe that’s the only reason for the Knights’ shooting woes, though, and wants the team to battle more in front of the net.

“I’m curious, are (the officials) the same ones every week? Do they live in Las Vegas? Is there a spare ref in case one gets injured?” — Kathy Hutson (email)

There’s a new set of officials for each Knights game and they come from all over the U.S. and Canada. Fourteen different officials worked during the team’s recent four-game homestand (the league employs 34 full-time referees in charge of penalties and 34 full-time linesmen in charge of offsides and icing).

The Knights also have a standby referee and a standby linesman at each of their games in case an official gets injured or can’t continue during a game.

The Knights spent Friday and Saturday with Jay Procter, 12, and Jace Owen, 8, thanks to the help of Make-A-Wish Southern Nevada.

The two had a blast practicing with the team Friday and attending a game at T-Mobile Arena on Saturday against the Nashville Predators. They also gave the Knights an emotional lift during a five-game home losing streak.

“Hopefully we gave them a good time,” goaltender Marc-Andre Fleury said. “It was good for us to have them around, have them smile. I think they made us smile too. We had some fun on the ice. It was good to change our mind from a tense moment.”