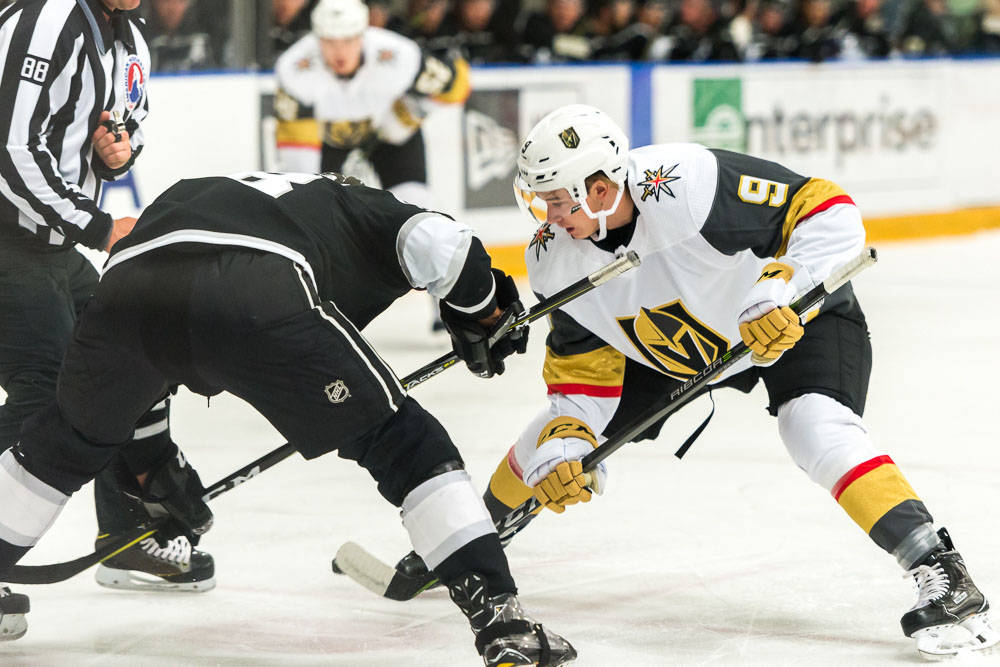 Golden Knights rookie Cody Glass during a face off against the Los Angles Kings at the Toyota Sports Center in El Segundo, Calif. on Tuesday, Sept. 12, 2017. David Sheehan/CaliShooterOne Photography.

The practices are open to the public, and the roster will be released following the NHL Draft that takes place June 22-23.

The Knights signed forward Brooks Macek, who helped Germany win the silver medal at the 2018 Olympics, to a two-way contract.

Macek had four points in seven games for Germany during the Olympics in South Korea.

A native of Winnipeg, Manitoba, Macek was a sixth-round selection (171st overall) by the Detroit Red Wings in the 2010 NHL Draft.