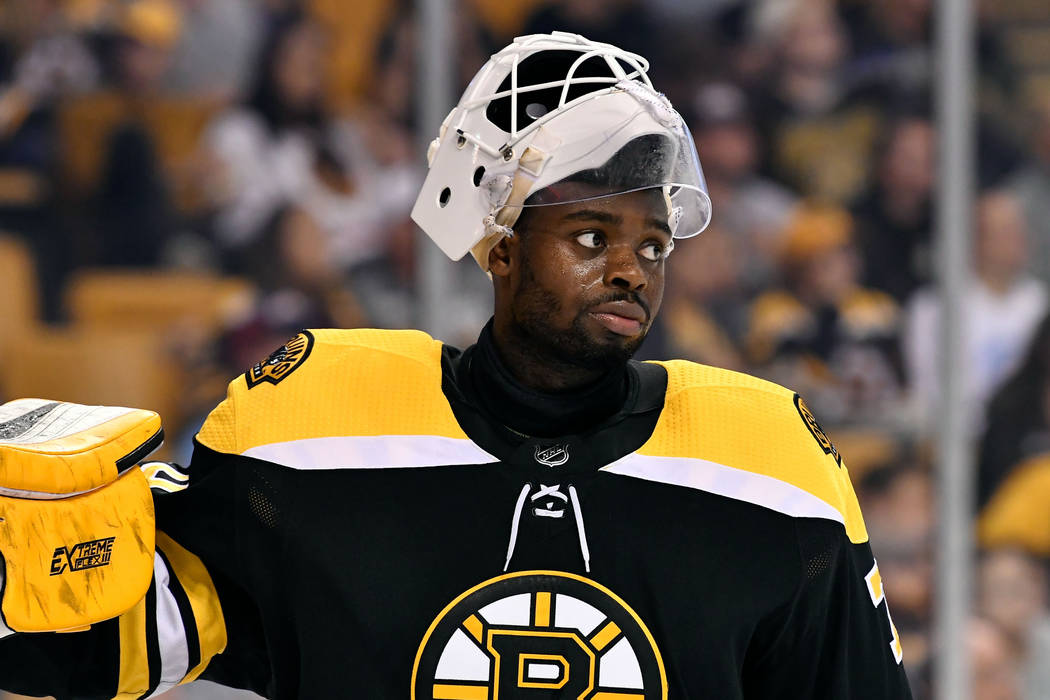 Boston Bruins goalie Malcolm Subban (70) during a media timeout against the Chicago Blackhawks at the TD Garden on Sep 25, 2017. (Brian Fluharty/USA TODAY Sports) 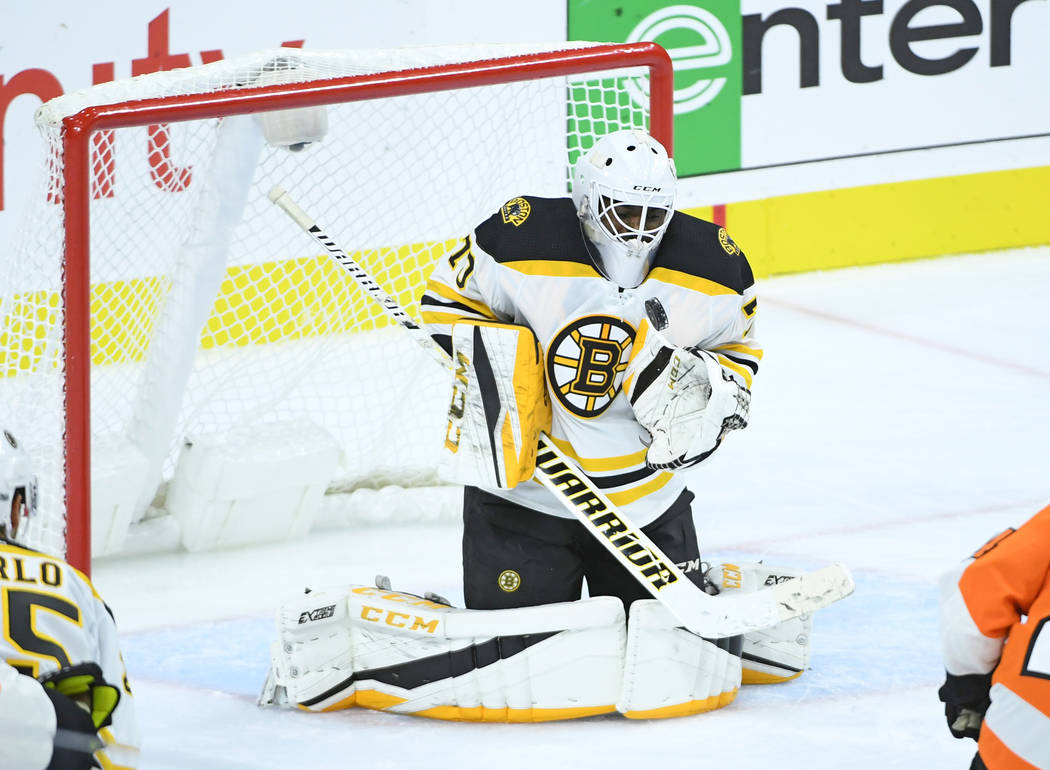 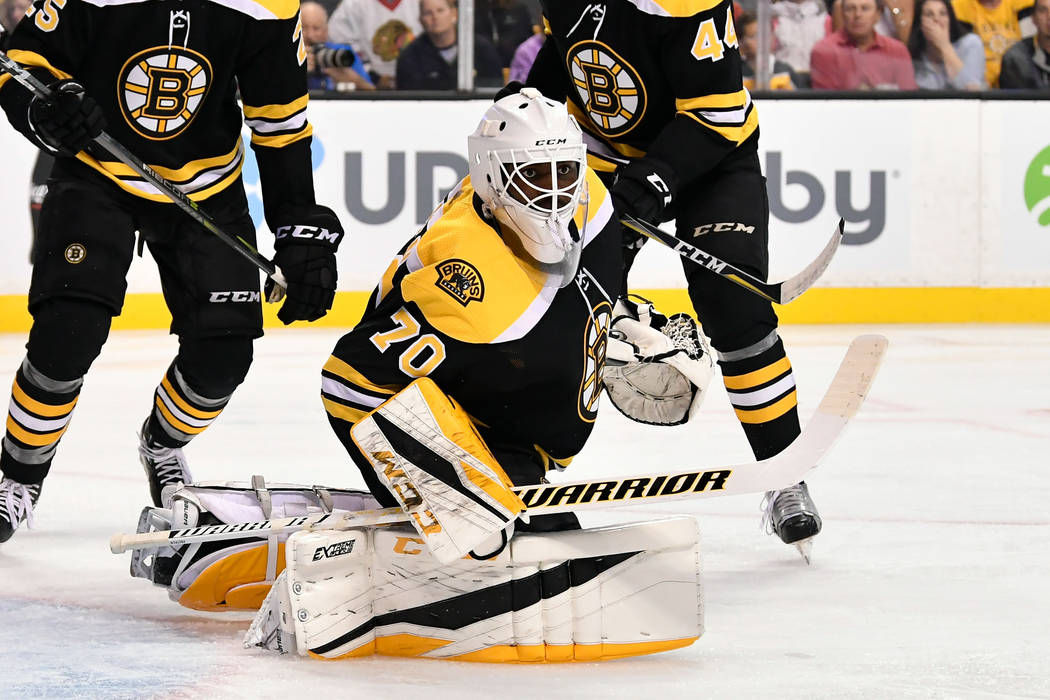 The Golden Knights added a player to their roster Tuesday, claiming goaltender Malcolm Subban off waivers from the Boston Bruins.

Subban, 23, spent most of the 2016-17 season with the Bruins’ American Hockey League affiliate in Providence, Rhode Island. In 32 games, he had a 2.41 goals against average and a .917 save percentage with one shutout. He appeared in one NHL game with the Bruins.

The 6-foot-2-inch 220-pound goalie from Toronto was drafted by Boston in the first round of the 2012 NHL Entry Draft at No. 24 overall. He is the younger brother of Nashville Predators defenseman P.K. Subban. His younger brother Jordan is in the Vancouver Canucks organization.

TSN in Canada was the first to report the transaction,. The Knights still have to get down to 23 players by 2 p.m. Tuesday when they turn their roster in to the NHL.