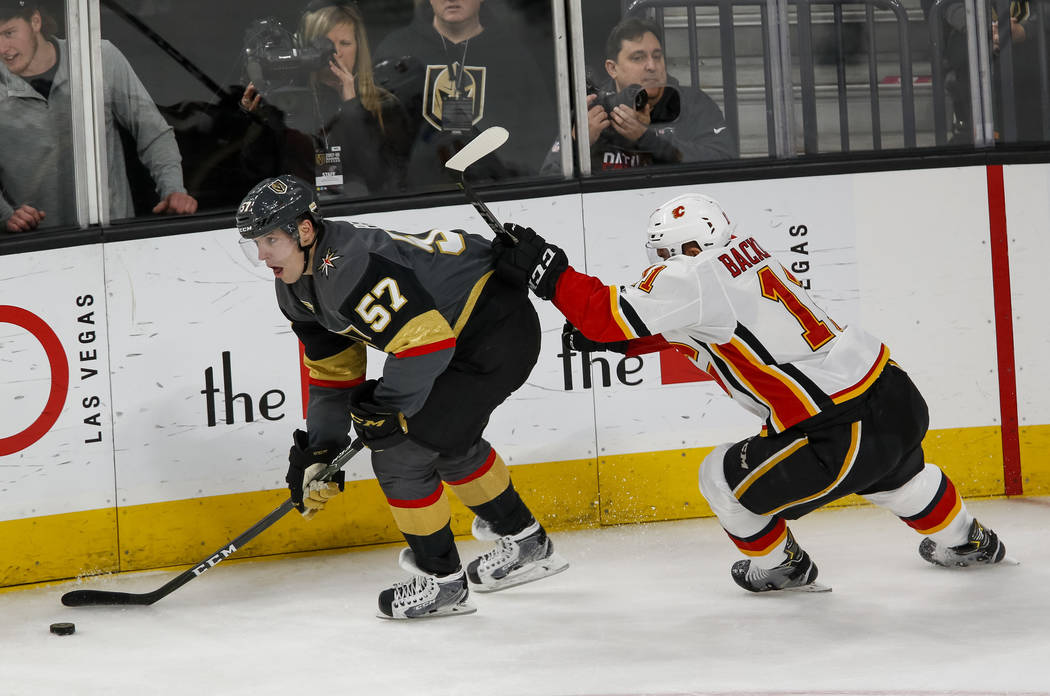 Forward David Perron, the Golden Knights’ third-leading scorer, will not play in Game 1 of the Western Conference quarterfinals against the Los Angeles Kings on Wednesday at T-Mobile Arena.

“He’s a good player who had a great season for us,” coach Gerard Gallant said after the team’s pregame skate. “But he hasn’t played the last four or five games, so we move on. It’s an opportunity for someone else.

“I wish he were playing but he’s not quite ready.”

Perron missed the final six games of the regular season with an undisclosed injury. He practiced with the Knights the past three days and he remains questionable for Game 2 of the best-of-7 series against the Kings on Friday.

Perron finished with 66 points, including a team-leading 50 assists.

Rookie wing Alex Tuch has practiced in Perron’s spot on the second line with center Erik Haula and James Neal all week.

Gallant also confirmed that defenseman Luca Sbisa (injured hand), who hasn’t played since Feb. 27, remains out and is not available for Game 1.

“(Perron) and Sbisa are both day to day,” Gallant said. “Hopefully soon, but they’re not ready to come back.”