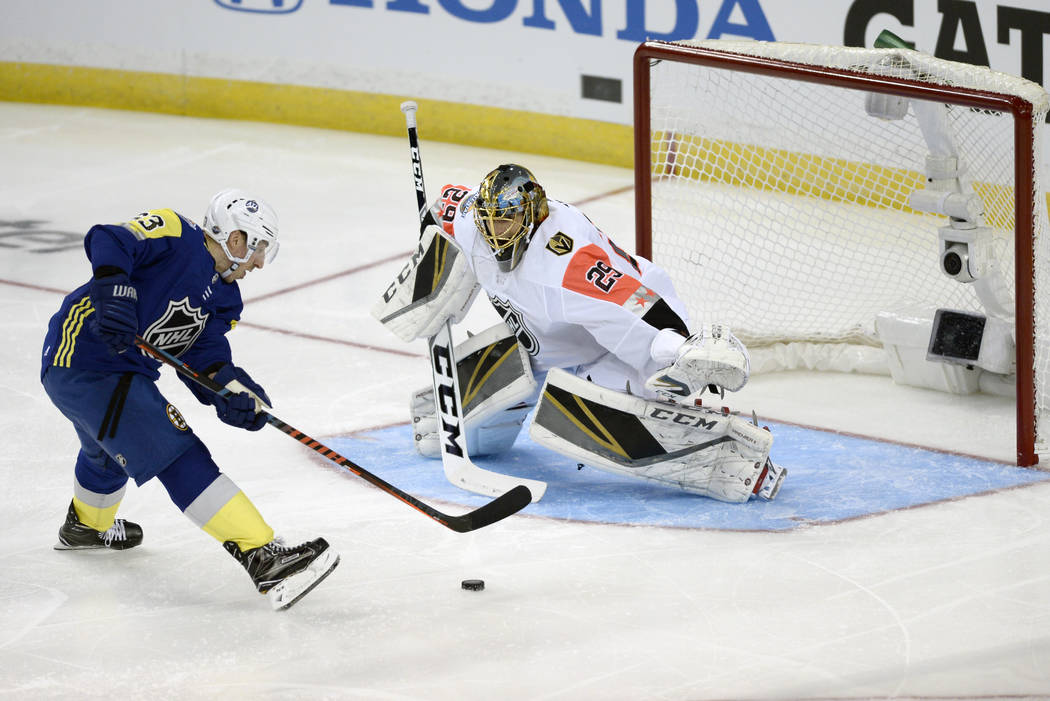 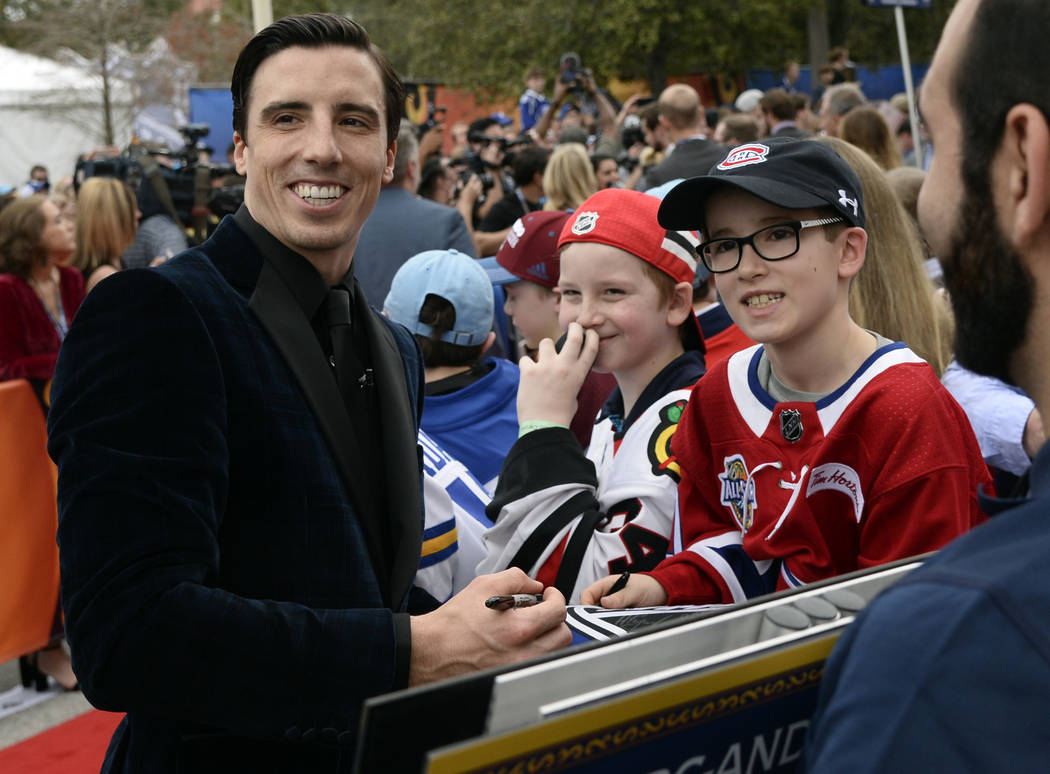 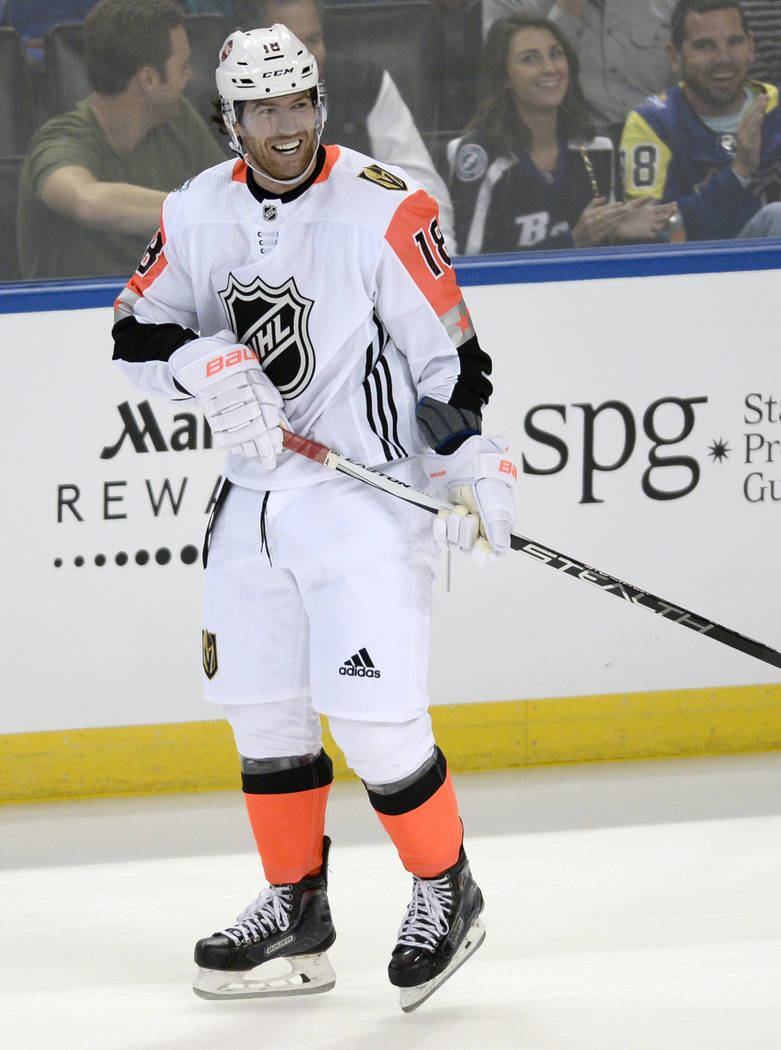 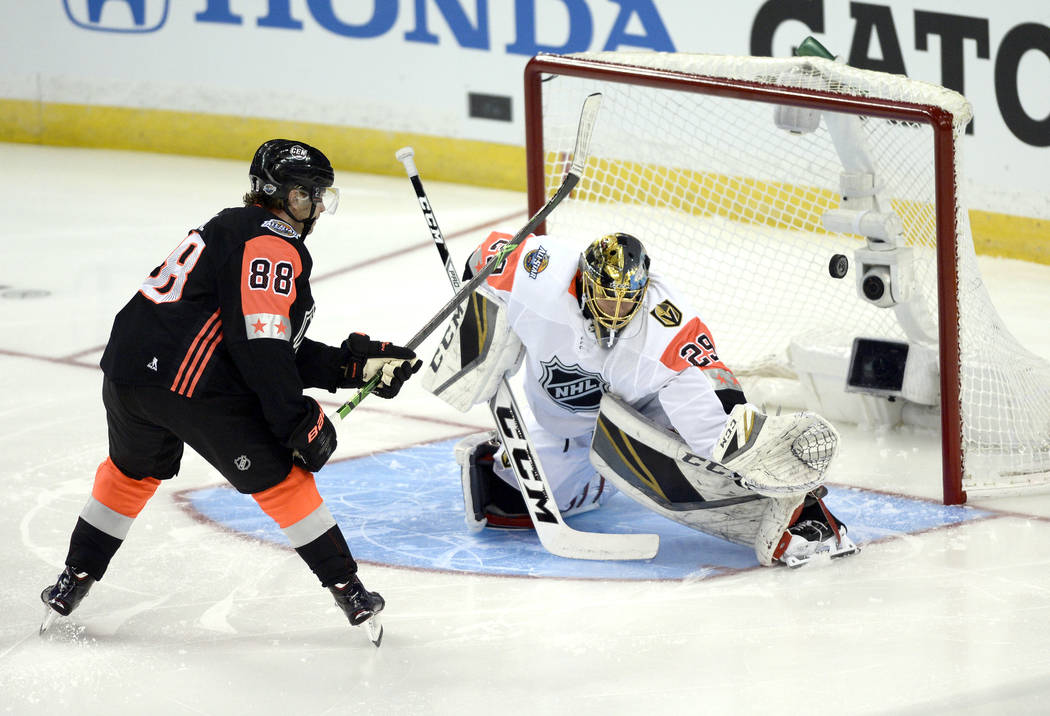 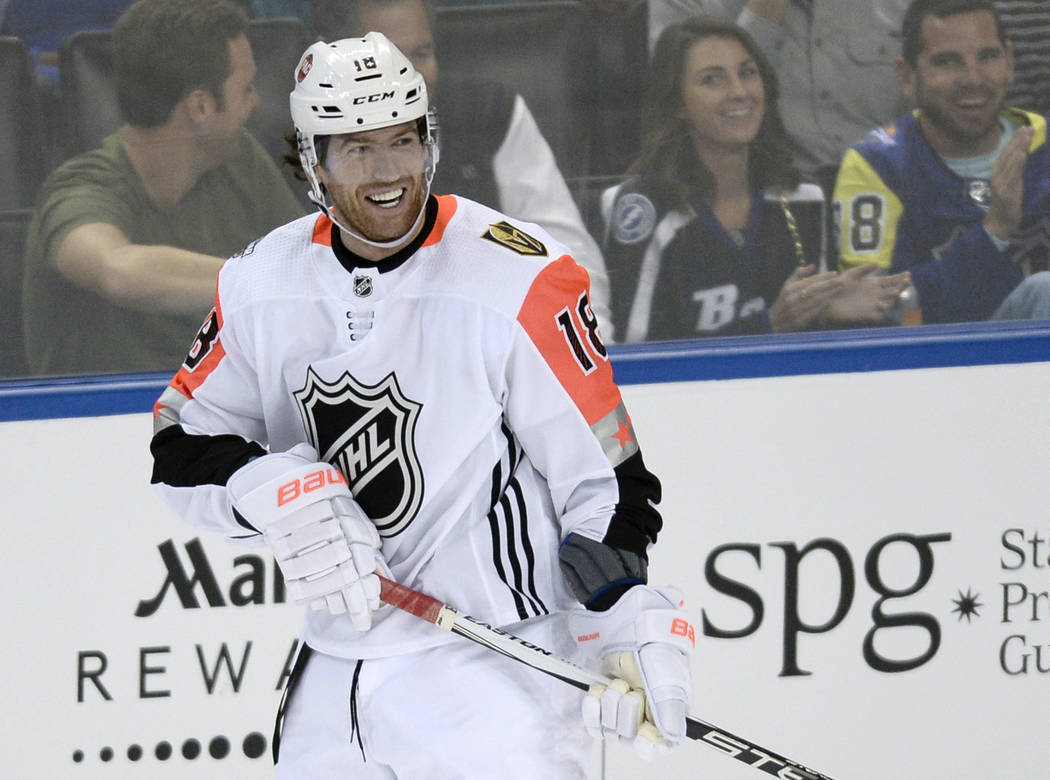 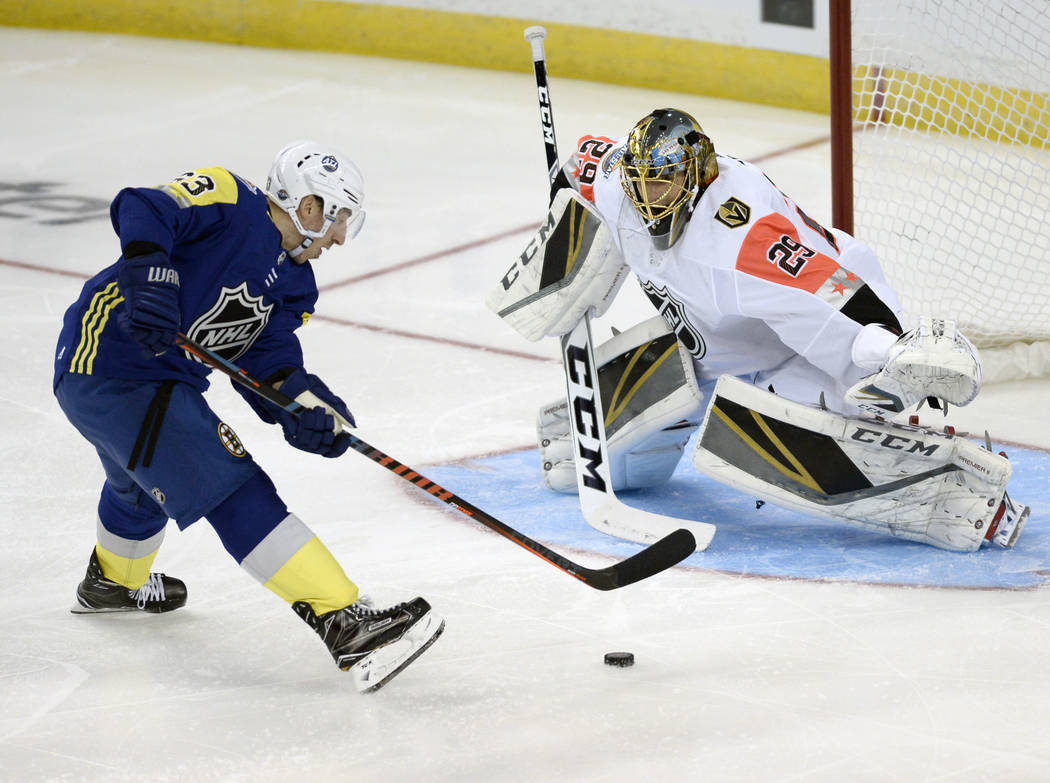 In his first appearance in 2011, Fleury allowed four goals on nine shots.

In 2015, he set a dubious record by allowing seven goals during the second period, the most ever by a goalie in the midseason showcase.

This year went much smoother for the Golden Knights goaltender.

The Pacific Division defeated the Atlantic 5-2 in the title game after topping the Central squad 5-2 in the semifinals.

“Not too bad,” Fleury said. “I think finally I can get my goals against down a bit in the All-Star Game, so it was good. Guys played hard in front, too, and I got a couple posts. Posts have been nice to me this weekend.”

Vancouver rookie Brock Boeser was named Most Valuable Player after he tallied twice in two games, and Anaheim’s Rickard Rakell had two goals and an assist in the final for the Pacific Division.

It was the second time in three years the Pacific won the tournament, and the 11 players will split a $1 million prize.

“It felt great to watch our players,” said Knights coach Gerard Gallant, who coached the Pacific Division team. “They represented our organization real well, and it makes it fun when the guys represent the organization. To see those guys play well and win a championship, it was good.”

Fleury, who won the Saves Streak event during the All-Star Skills Competition on Saturday, made seven saves in the semifinal.

He turned away Dallas’ Tyler Seguin and John Klingberg on breakaways and also had two key stops on Chicago’s Patrick Kane.

The only goal he allowed came 1:47 in when Colorado’s Nathan MacKinnon beat him with a wrister from the slot.

In the final, Fleury made three saves, including a nice glove stop on Boston’s Brad Marchand a little more than two minutes in.

Tampa Bay’s Steven Stamkos also hit the post twice late in the first half of the championship.

“The first game, it was a little more skills out there. But I thought the second one, for your pride, you want to win it,” Fleury said. “Guys were trying a little harder, playing more defense. It was fun.”

Neal skated with Edmonton star Connor McDavid and San Jose defenseman Brent Burns, and had to be sharp to keep up with McDavid.

“We train together back home, so I’ve skated with him a lot,” Neal said. “With his speed, what he can do on the ice is pretty amazing. It was fun playing with him.”

Neal, who is second on the Knights with 22 goals, finished a nice passing sequence to put the Pacific Division on top 2-1 with 3:03 left in the second half of the semifinal. He also added an empty-net goal in the final minute.

“Any time you score a goal, it’s a great feeling,” Neal said. “Connor gave me a great pass in the middle there, and I put it five-hole.”