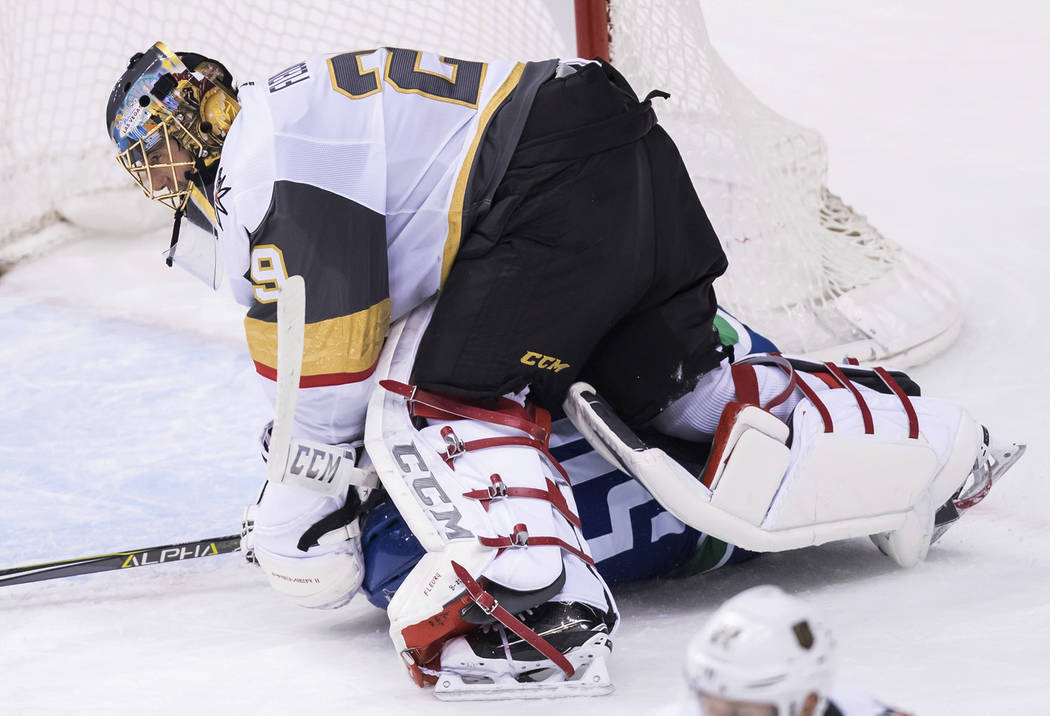 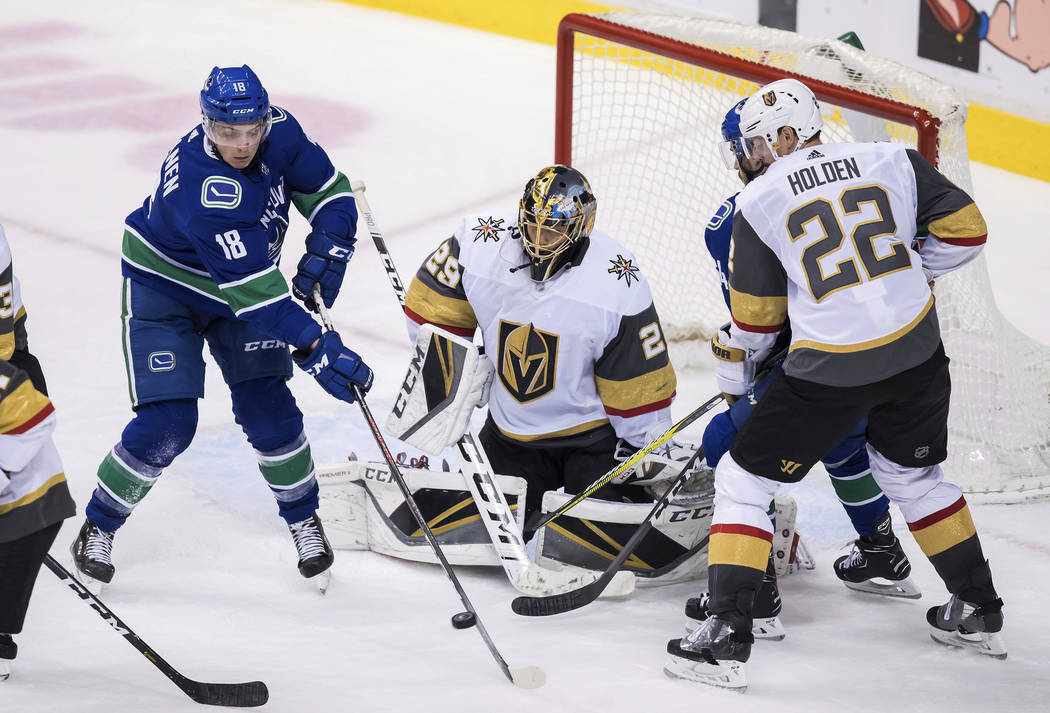 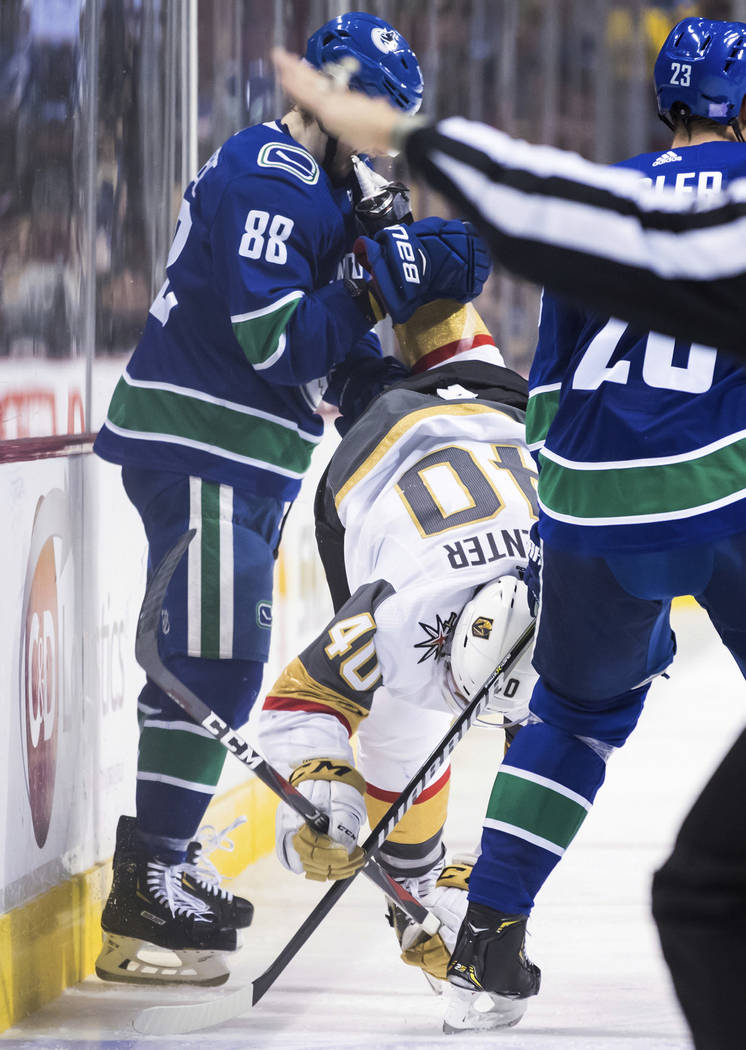 Vancouver Canucks' Adam Gaudette (88) is hit in the face by Vegas Golden Knights' Ryan Carpenter's skate as they during the third period of an NHL hockey game Thursday, Nov. 29, 2018, in Vancouver, British Columbia. (Darryl Dyck /The Canadian Press via AP) 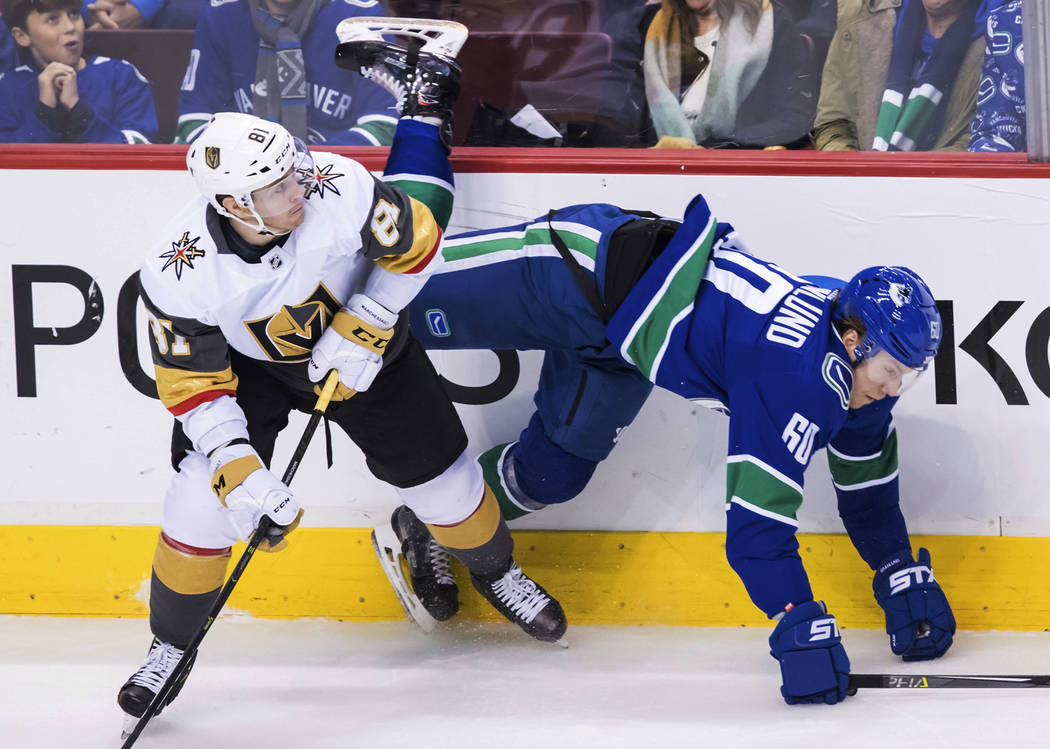 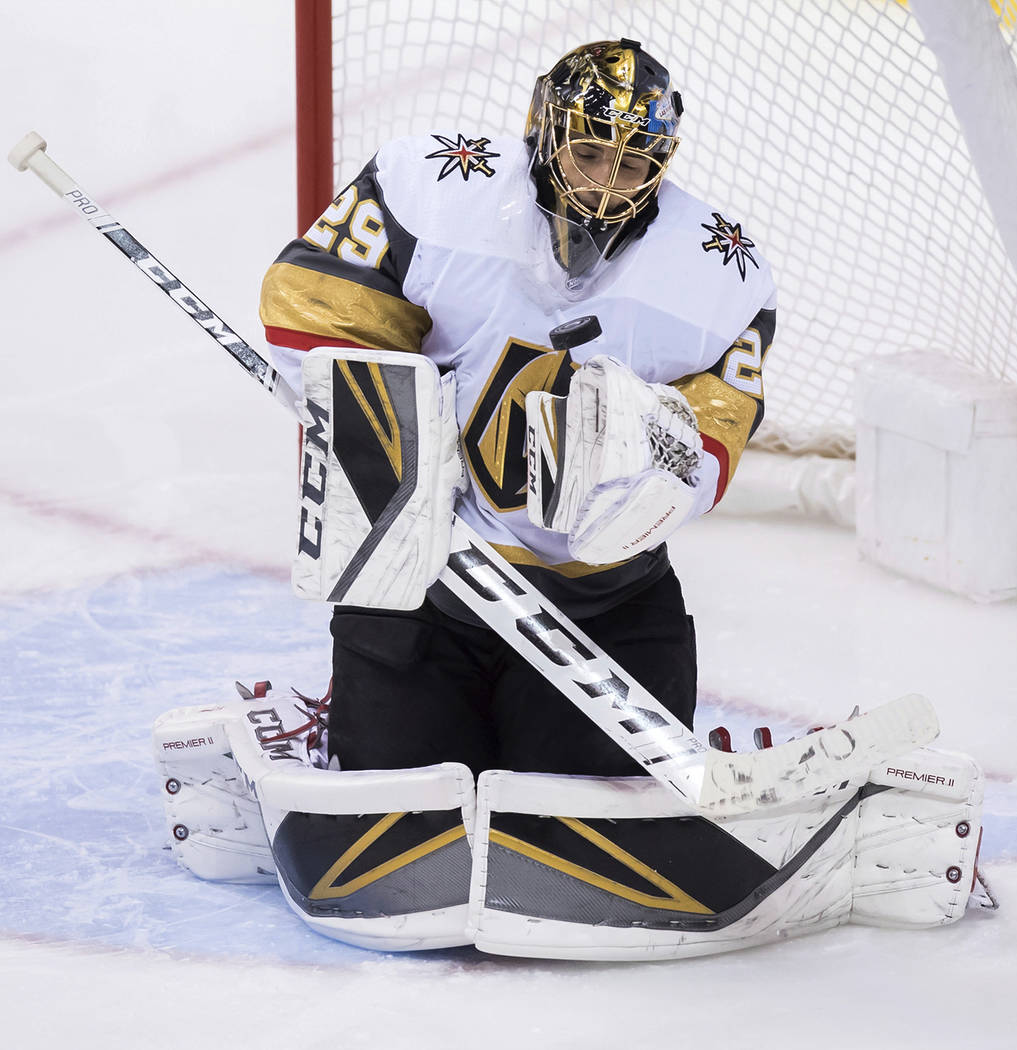 Vegas Golden Knights goalie Marc-Andre Fleury makes a save against the Vancouver Canucks during the second period of an NHL hockey game Thursday, Nov. 29, 2018, in Vancouver, British Columbia. (Darryl Dyck /The Canadian Press via AP) 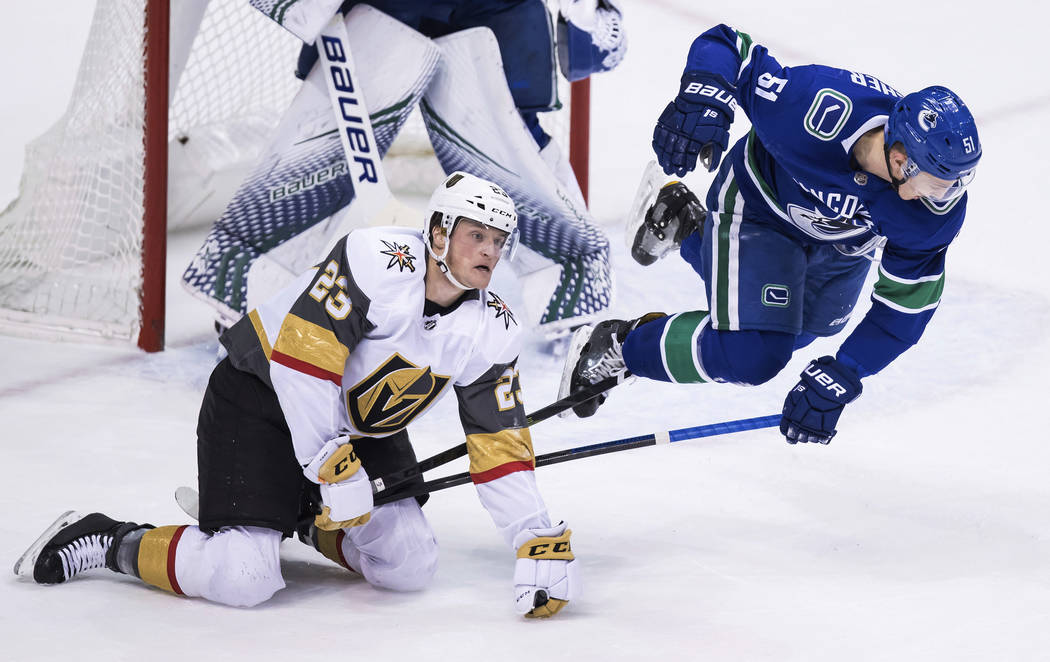 EDMONTON, Alberta — Gerard Gallant preaches the one-game-at-a-time philosophy as much as any other coach in the NHL.

But he knew what the Golden Knights were up against throughout November.

The Knights played 10 of their 15 games last month on the road and emerged from the difficult stretch in better shape than they entered.

They took 18 of a possible 30 points (9-6 record) in November and carried a five-game win streak into Saturday’s game at Edmonton.

”It’s no secret that we’ve had a really hard schedule. But I think we’ve kind of flipped that and used it as a positive,” left wing Max Pacioretty said. “Being able to build off that and be on the road so much and be able to spend so much time with your teammates, it was a good time to get hot. And now, we’ve got to build off that and try and create even more momentum.”

The sky was falling at the start of November when the Knights stood seventh in the Pacific Division with 11 points (5-6-1).

A loss at St. Louis to open the month followed by a 1-3 trip through eastern Canada and Boston didn’t help matters.

But the Knights recovered by going 4-1 during a seven-day stretch from Nov. 18 to 24, followed by consecutive victories at Chicago and Vancouver.

In all, they went 5-5 on the road during November and put themselves back in the hunt for the postseason.

”I think it started off a little slow, but it’s been a good month,” right wing Alex Tuch said. “Being on the road a lot, it’s tough at times, but I think we’ve done a really good job on the road really bearing down and battling.”

The Knights have excelled at holding leads and improved to 11-0 when ahead after two periods with their win Thursday at Vancouver.

The Knights had a one- or two-goal lead after 40 minutes in eight of those games, and Thursday marked the second occasion that they’ve blown a lead in the third period.

They rank fourth in the league in third-period goals allowed with 20.

Zykov had three assists in 13 games with the Hurricanes after leading the American Hockey League in goals last season with 33.