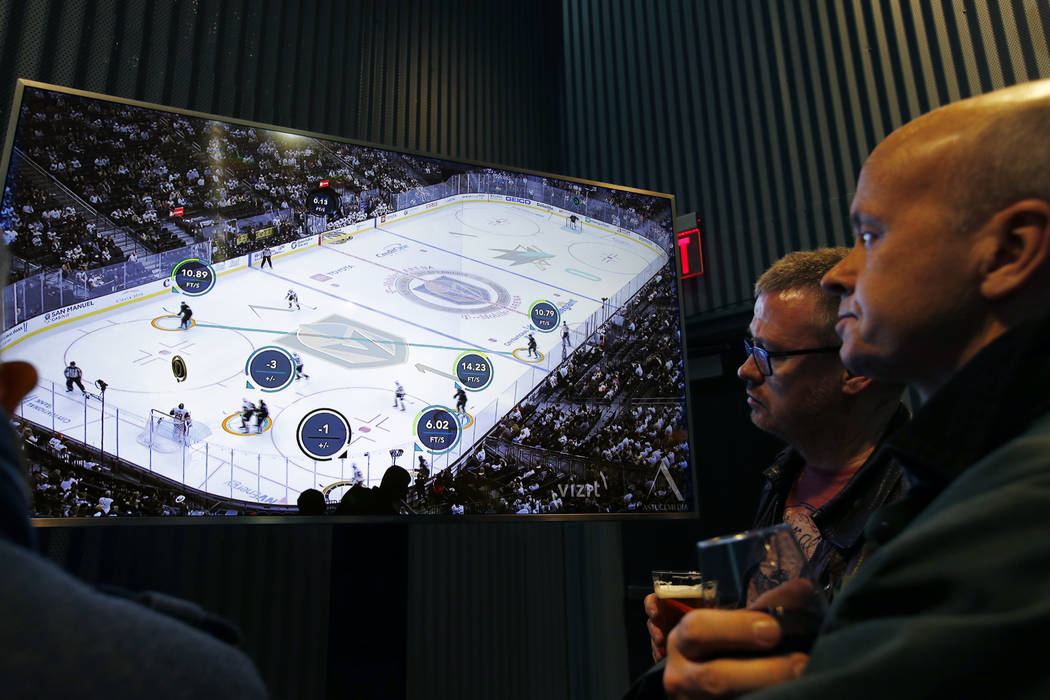 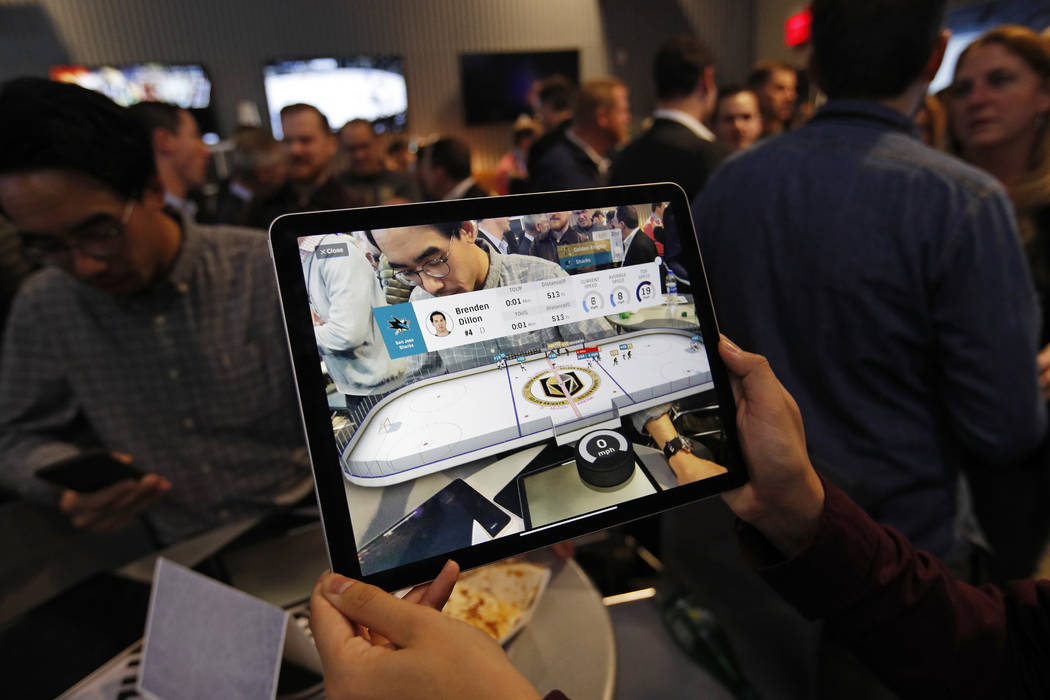 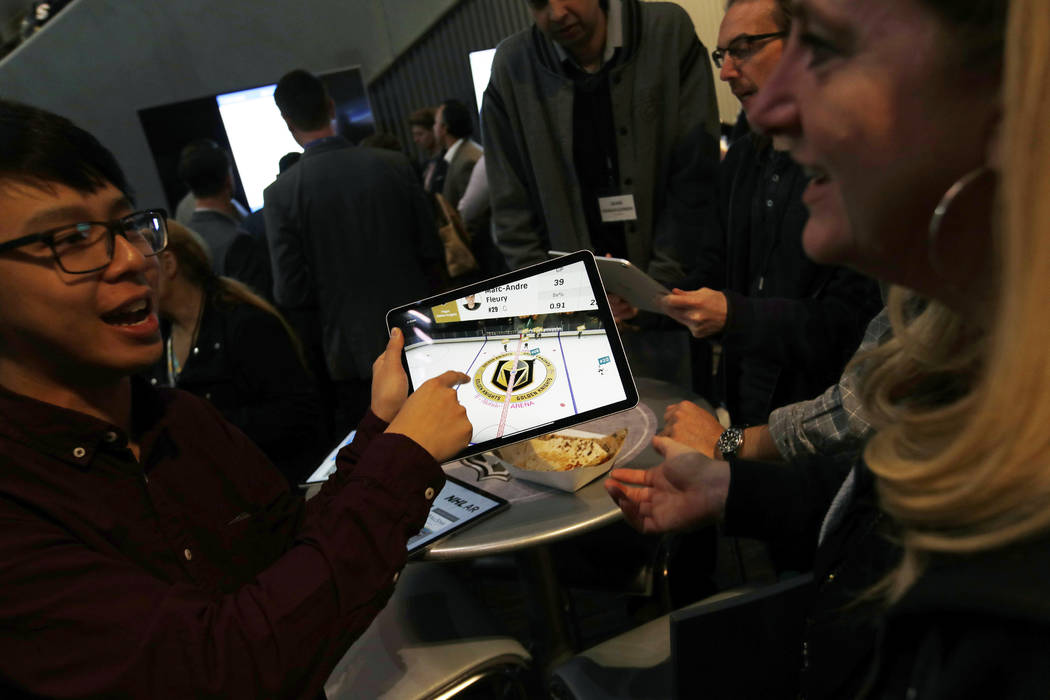 The Golden Knights provided a glimpse at the NHL’s future Tuesday and Thursday during CES week.

The Knights tested out puck and player tracking technology during games against the New York Rangers and San Jose Sharks at T-Mobile Arena. The league has lofty goals for the new equipment and plans to use the data for broadcasts, virtual/augmented reality experiences and, of course, for sports betting.

“The overall objective has always been to use it to grow the game,” Dave Lehanski, NHL senior vice president of business development and global partnerships, said Friday. “To capture all this new data that basically no one has ever seen before and use it to showcase the incredible speed and skills of our players.”

The technology has been used at All-Star games, but Tuesday and Thursday were the first time it was used during regular-season games. Sensors were added to players’ shoulder pads and special manufactured pucks were used to collect the data, such as how fast a player was skating or how hard a puck was shot.

The data then was transmitted in real time through radio frequencies to 18 antennae placed around T-Mobile Arena. The pucks are tracked 2,000 times per second and players are monitored 200 times per second using the system, which was developed by Jogmo World Corp. and the Fraunhofer Institute in Germany with the NHL in the past three years.

“The main goal is the analytics we can put on top that we can use for the broadcasts and second-screen apps,” Jogmo founder and CEO Martin Machmayer said. “What we did yesterday is a leaderboard, which we tested for the first time, that showed who was the fastest, who had the most time on ice overall, who spent the most time in the offensive zone. Simple things that we think people might be interested in.”

The NHL’s vision for this technology includes enhancing the way people see the game, whether it’s through broadcasts with graphics featuring real-time statistics or virtual reality experiences that make fans feel like they’re at the rink.

There’s also the potential to use it for gambling through the league’s recent sports betting partnership with MGM Resorts International. The advanced data could be used for a variety of prop bets and give fans another reason to be invested in games.

A lot of work remains to make it all a reality, and Lehanski said he was soliciting feedback as to how the first regular-season tests went from the league’s players and collaborators. The NHL Players Association, for instance, is excited about the tech’s potential, but wants to make sure it intrudes on players as little as possible.

The Knights’ feedback will be important, to that end, because the league isn’t planning more regular-season tests. The tech will be used during All-Star Weekend and then re-evaluated, with the hopes of rolling it out across the league next season.

“We sort of looked at CES and thought it could be an interesting opportunity to further test the system,” Lehanski said. “(We wanted) to give people an opportunity to showcase what the future of the NHL fan experience could be.”