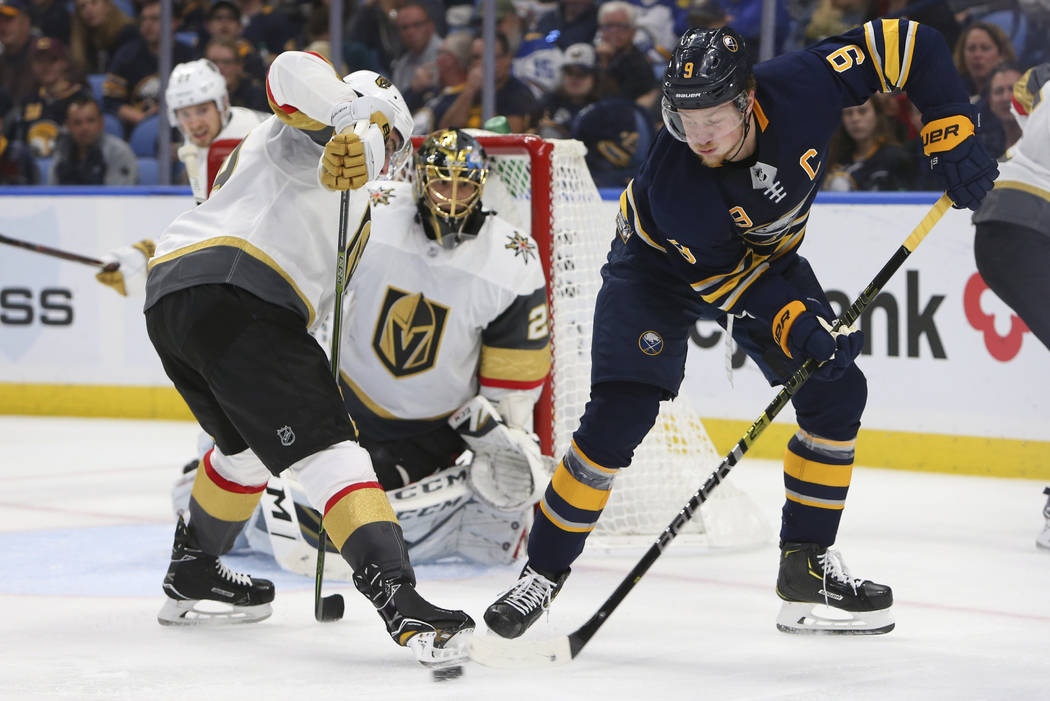 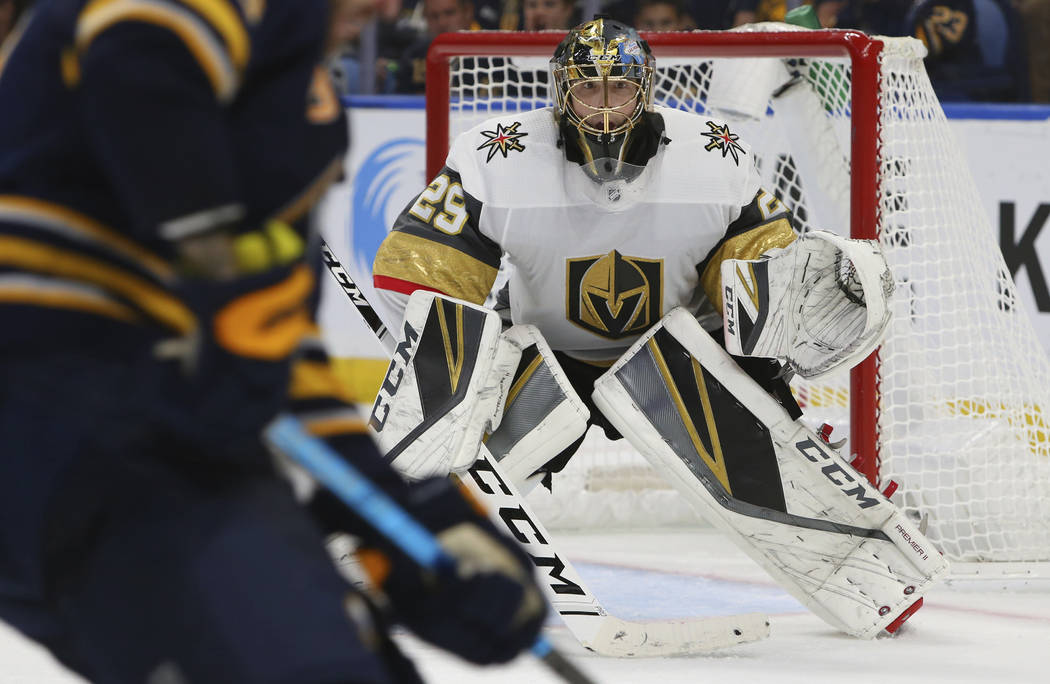 BUFFALO, N.Y. — The season isn’t a week old but already the Golden Knights have developed a bad habit: They’re not doing enough to protect their goaltender.

Because of several defensive mistakes the Buffalo Sabres got up close and personal with Fleury during a 4-2 win.

“We definitely weren’t good enough tonight for (Fleury),” forward Jonathan Marchessault said. “It’s unfortunate, it’s been two out of three games that we (left) him alone.”

Most of the Sabres’ goals were easy opportunities, including the first two by 21-year-old captain Jack Eichel. He scored on a one-timer on a power play in the first period, then skated in alone on Fleury early in the second when none of the Knights skaters picked him up in the defensive zone.

Eichel had plenty of time to make a backhand move on Fleury that led to an easy goal.

“When you miss an assignment on a team that plays this aggressive, sometimes it ends up biting you,” forward Max Pacioretty said.

The Sabres’ fourth goal was an easy one, too. Jason Pominville had a surprising amount of free space in the slot to fire a one-timer past Fleury with 10:17 left in the second period.

It wasn’t the only big chance the Knights forced upon Fleury, who had to poke the puck away from Eichel to prevent him from scoring later in the second period. Sabres forward Conor Sheary got a breakaway in the period as well but tripped and fired wide of the net.

“(The goals) were mental lapses in the (defensive) zone and a guy left wide open,” coach Gerard Gallant said. “You couldn’t blame Fleury on any of the goals. When a guy is that close to the net — breakaway from the slot in twice — they’re going to score.”

Gallant’s comments were similar to what he said after the Knights’ season opener, when Fleury was pulled in the second period after allowing five goals to the Philadelphia Flyers. Like then, the blame Monday was shifted to the team’s skaters, whose mistakes forced their goaltender to try to make saves with a very high degree of difficulty.

“Maybe at the beginning, the first half of the second (period), was tougher,” Fleury said. “A few guys around the net by themselves a bit. But once we got going though, it felt like we had the puck and didn’t give them much, and that’s the way we’ve got to play for 60 minutes.”