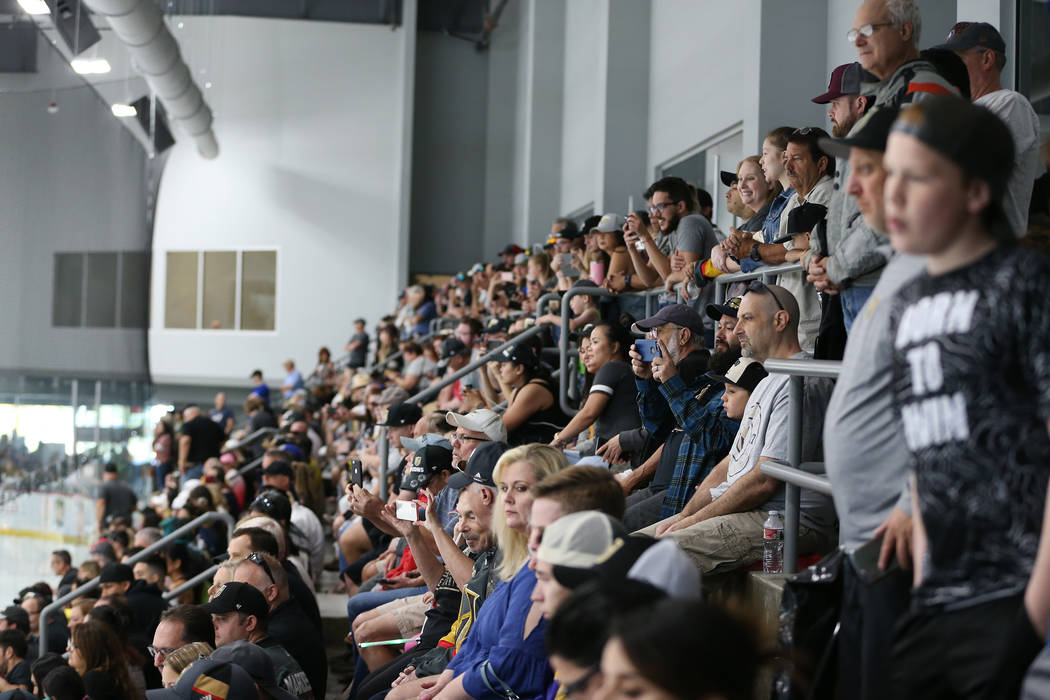 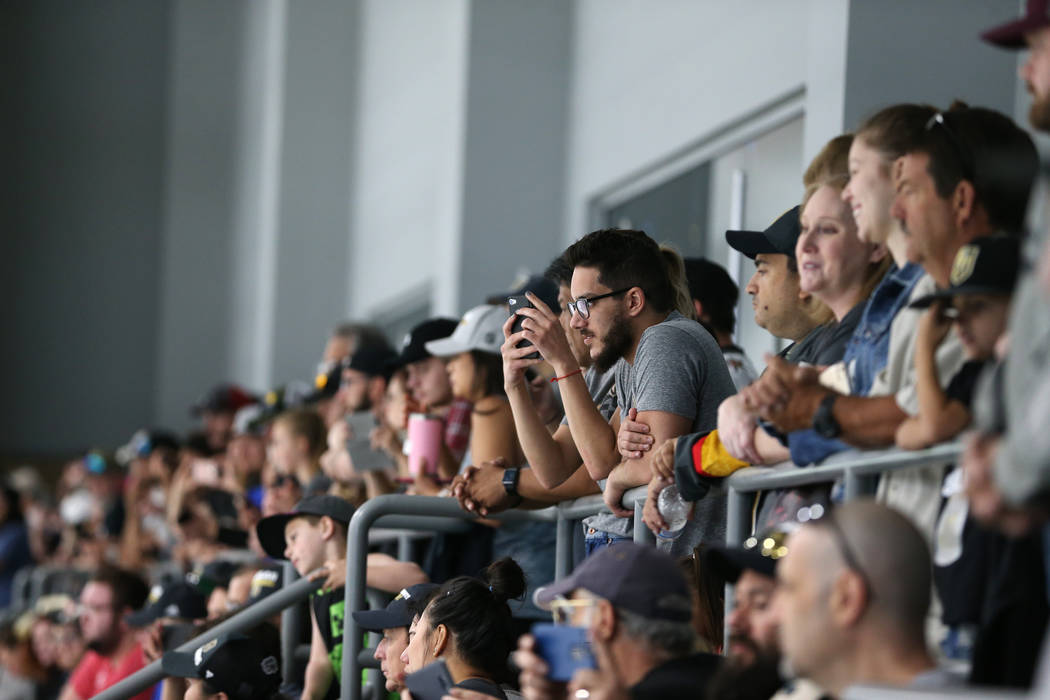 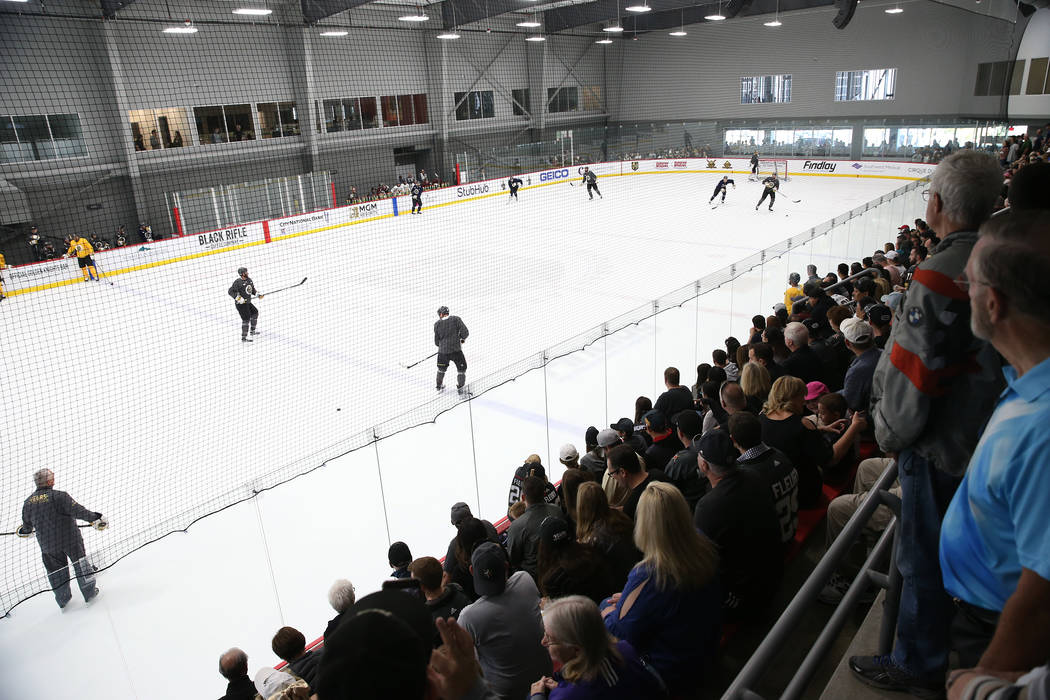 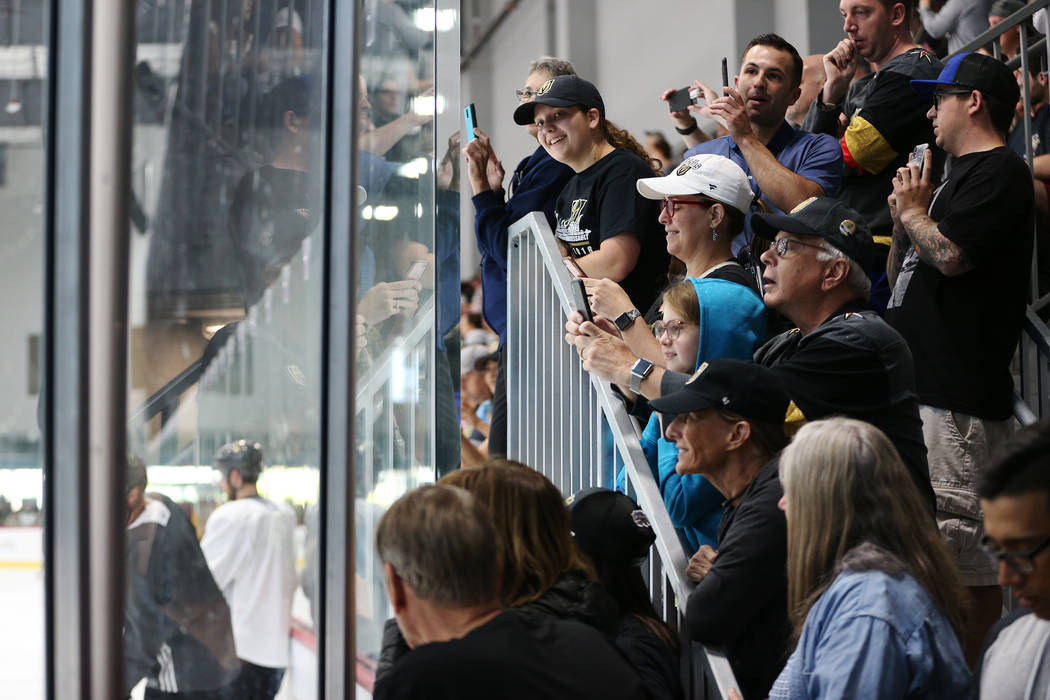 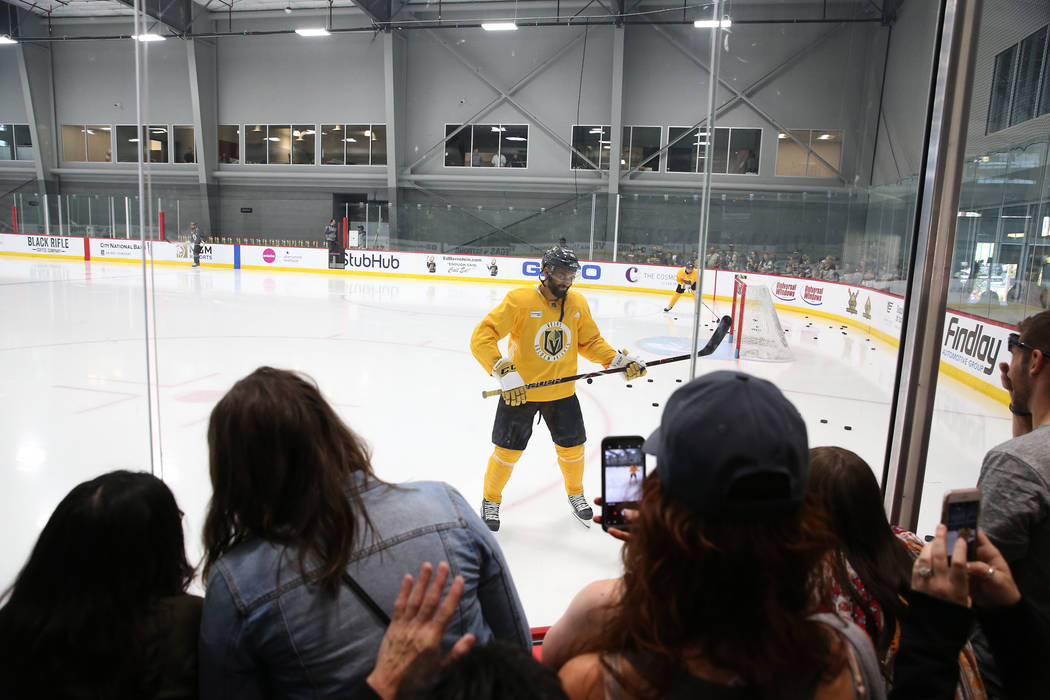 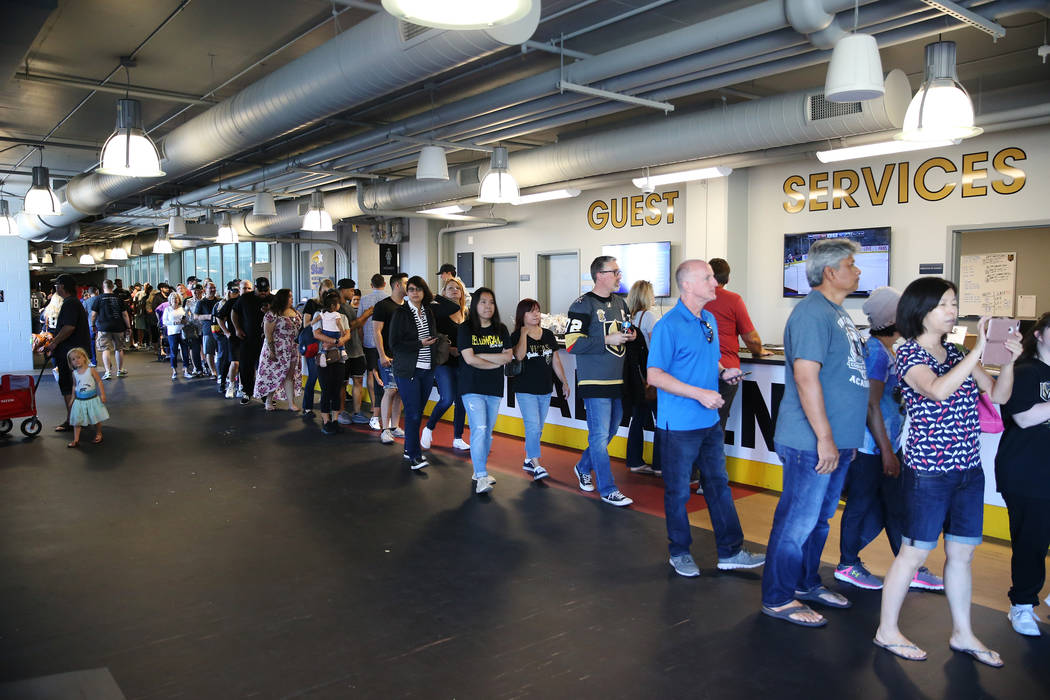 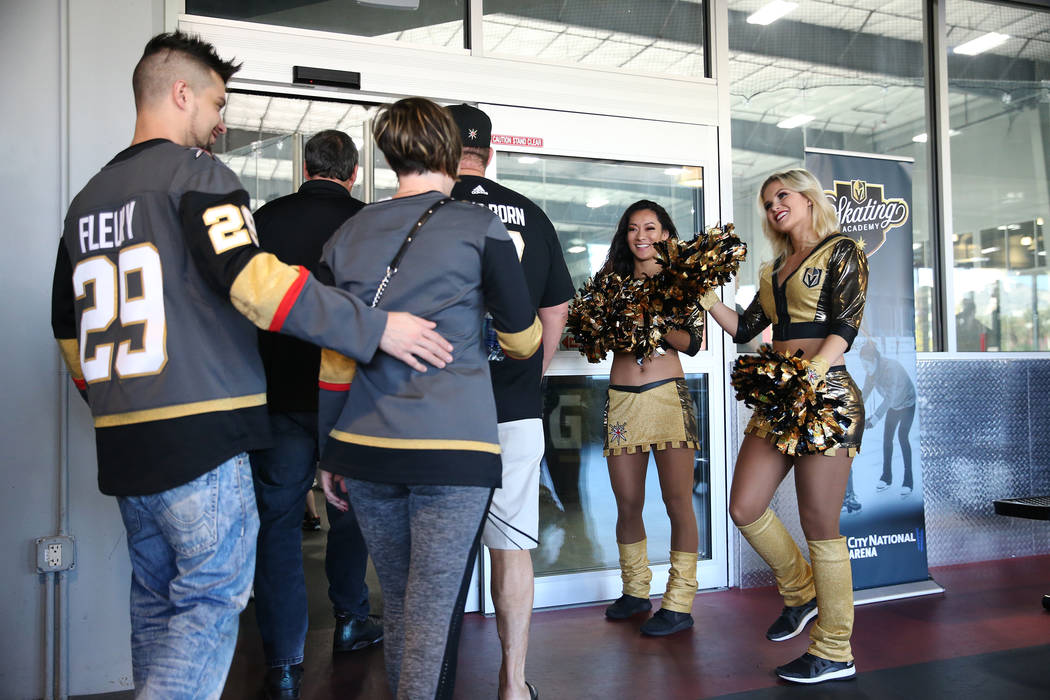 Golden Knights fans who want to attend team practices should be prepared to wait in line to get into City National Arena during the Stanley Cup Final.

Because of safety concerns, the Knights have instituted a policy change for practices. Fans still will be admitted for free on a first-come, first-served basis. But there will be a cutoff once capacity has been reached inside the rink. Seating capacity is about 600, but fans have been allowed to congregate at ice level and stand along the glass.

The policy is effective immediately. The Knights will practice at 11 a.m. Saturday.

“The support from our local fan base in Las Vegas has been incredible all season long, and our free and open practices at City National Arena have been a huge hit,” team president Kerry Bubolz said. “We have consistently had capacity crowds at our practices throughout the year, and this interest has continued to grow since our playoff run.

“Safety is a top priority, and these capacity measures are necessary to ensure all guests enjoy a safe, fun fan experience during Golden Knights practices.”

Penalty kill has been key

One of the reasons the Knights are in the Stanley Cup Final has been the effectiveness of the team’s penalty kill.

The Knights have allowed just 10 goals in 57 kills in 15 games in the postseason. Now they’ll be facing a Washington Capitals team whose power play has produced 17 goals and is clicking at a 28 percent rate.

“We do things as a group, but (assistant coaches) Mike Kelly and Ryan McGill basically run our penalty kill,” Knights coach Gerard Gallant said. “They do the system with it.”

The Knights’ approach to killing penalty is to try to keep linemates together among their forwards while mixing up the defensive pairings. Gallant usually starts a kill with Pierre-Edouard Bellemare and Tomas Nosek, members of the Knights’ fourth line. He’ll follow with William Karlsson and Reilly Smith, who both skate on the team’s top line. Finally, he’ll use third-line center Cody Eakin and Ryan Carpenter.

Gallant said limiting the number of opportunities for the Capitals on the power play will be a key in the series.

“When the other team has as much offensive weapons as they have, they shoot the puck the way they shoot the puck, it’s going to be tough,” Gallant said. “Your goaltenders are the key to your PK, and that’s a big part of it for us, too.”

Remember Nikita Gusev? The Knights obtained the 25-year-old forward from Tampa Bay at the NHL expansion draft. Gusev decided to play in his native Russia and was named the MVP of the Kontinental Hockey League this week.

Gusev, whose NHL rights still are owned by the Knights, had 22 goals and 62 points for SKA St. Petersburg during the regular season. He also helped the Olympic Athletes from Russia hockey team to the gold medal at the Winter Games in February with four goals and eight assists.