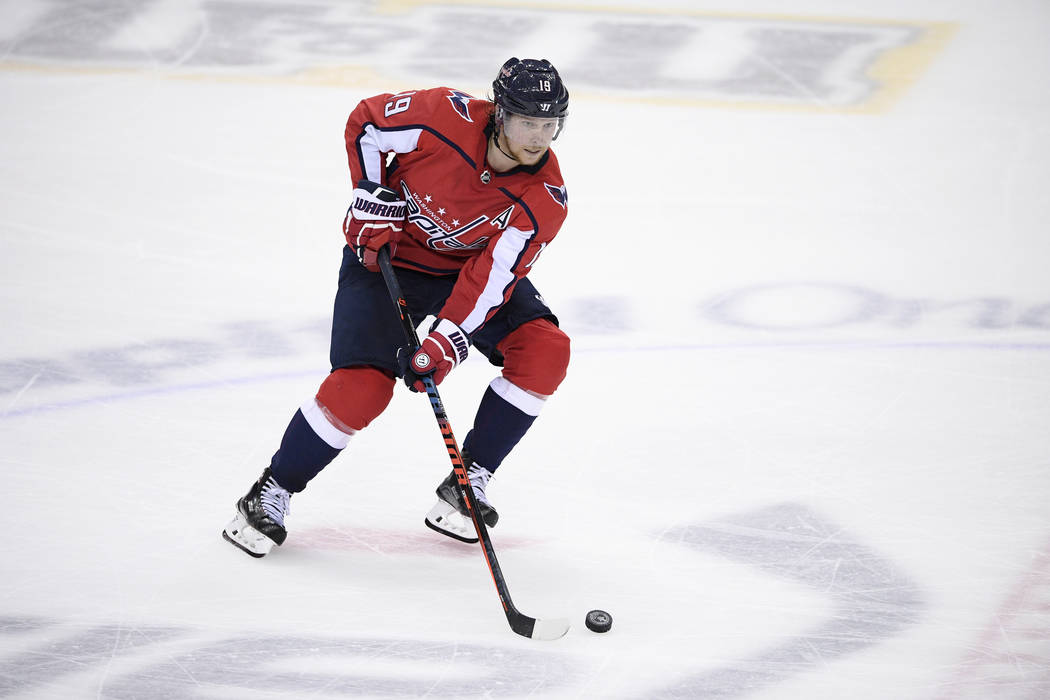 Washington Capitals center Nicklas Backstrom (19), of Sweden, skates with the puck during the third period of Game 4 of the NHL Eastern Conference finals hockey playoff series against the Tampa Bay Lightning, Thursday, May 17, 2018 in Washington. The Lightning won 4-2. (AP Photo/Nick Wass) 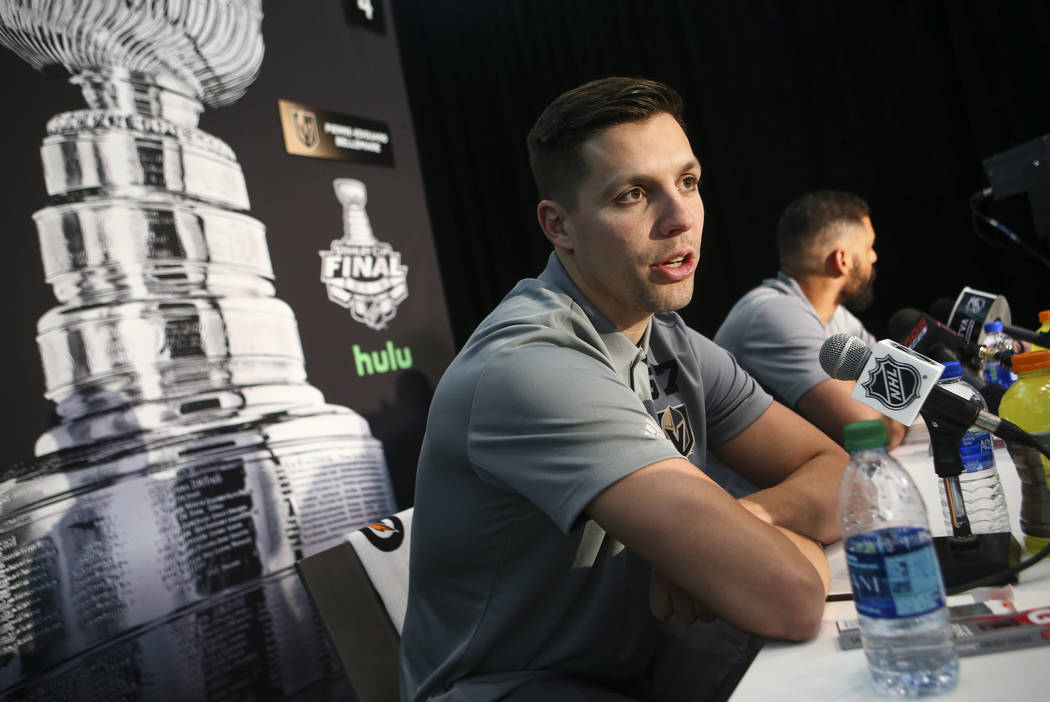 Nicklas Backstrom was hiding his injured right hand under the podium as he addressed the media Sunday at T-Mobile Arena.

He could conceal a mangled finger, but one thing the Washington Capitals center can’t hide is his talent. The Golden Knights know all about the damage Backstrom is capable of inflicting and will pay close attention whenever he’s on the ice, beginning Monday in Game 1 of the Stanley Cup Final.

“He’s an unbelievable player, someone I really enjoy watching play,” said Knights forward David Perron. “When you’re playing against someone like (Backstrom), you’ve got to find a way to make the game hard for him. Crowd him, bump him, and not let him have time and space. Otherwise, he’s going to ultimately find a way to beat you.”

Defenseman Luca Sbisa said Backstrom especially thrives when the Capitals are on the power play.

“He sees the whole ice, and he can pass the puck and find the open man anywhere,” Sbisa said. “If you give him time with the puck, he’s going to find a way to beat you.”

James Neal knows what it’s like to play hurt in the final. He had a broken bone in his hand last year playing for Nashville.

“I’m sure it’s tough for him, but he’s very smart and very talented,” Neal said of Backstrom. “He’s definitely someone we have to be aware of when he’s out there.”

The 30-year-old from Valbo, Sweden, has 16 points in 15 games this postseason (four goals, 12 assists). He had three points in the last two games of the Eastern Conference Final against Tampa Bay, and even if he’s not going to be 100 percent, he can still be effective.

“First of all, we all know he’s a good hockey player,” Knights coach Gerard Gallant said. “He’s one of the better passers in the league and a real key player. But we have more to worry about than just Backstrom. They’re playing real well, and they’ve got a lot of talented hockey players.

“He’ll be one of the guys we’ll worry about, but we’ll make sure we’re playing against their whole team.”

Backstrom had a goal in the first minute of the third period when these two teams met on Feb. 4. At the time, the goal gave Washington a 3-2 lead. But the Knights would answer with two goals later in the period and leave Capital One Arena with a 4-3 victory. So they’re well-aware of what kind of damage Backstrom can cause.

“His hockey sense is elite, and his compete is elite,” McPhee said of Backstrom, one of 12 players on the roster whom McPhee brought to the Capitals. “He’s a real quality guy and a real quiet leader like many of the Swedes.”

And sometimes being a leader means playing hurt.

“I feel great,” Backstrom said with a wry smile. “Everybody’s got something at this time of the year. But it’s the playoffs and you just play through it.”