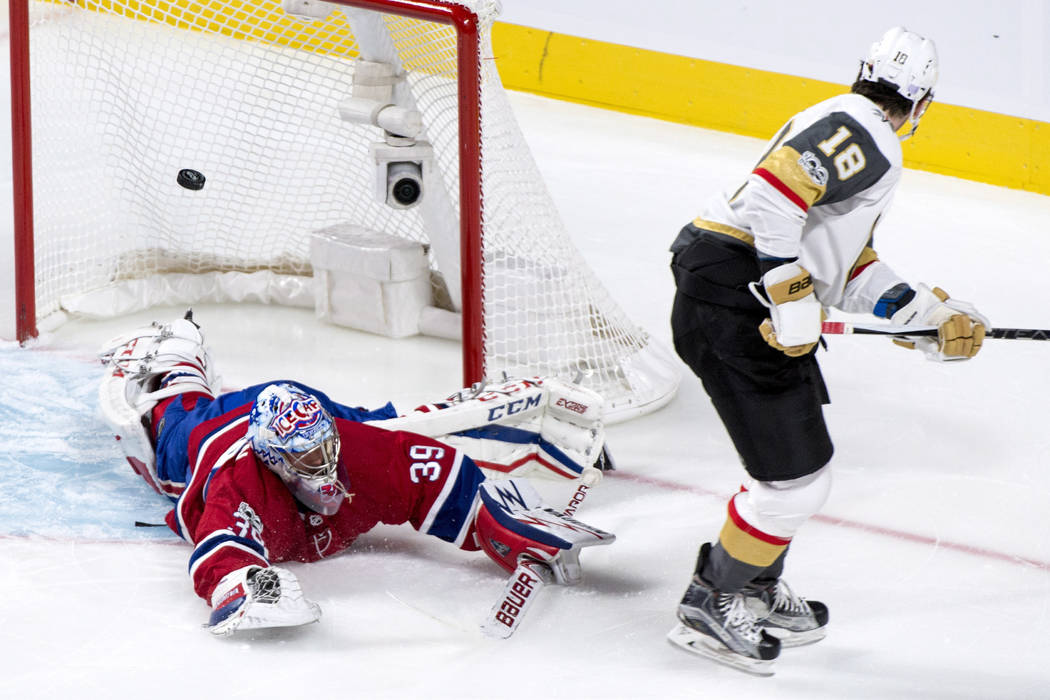 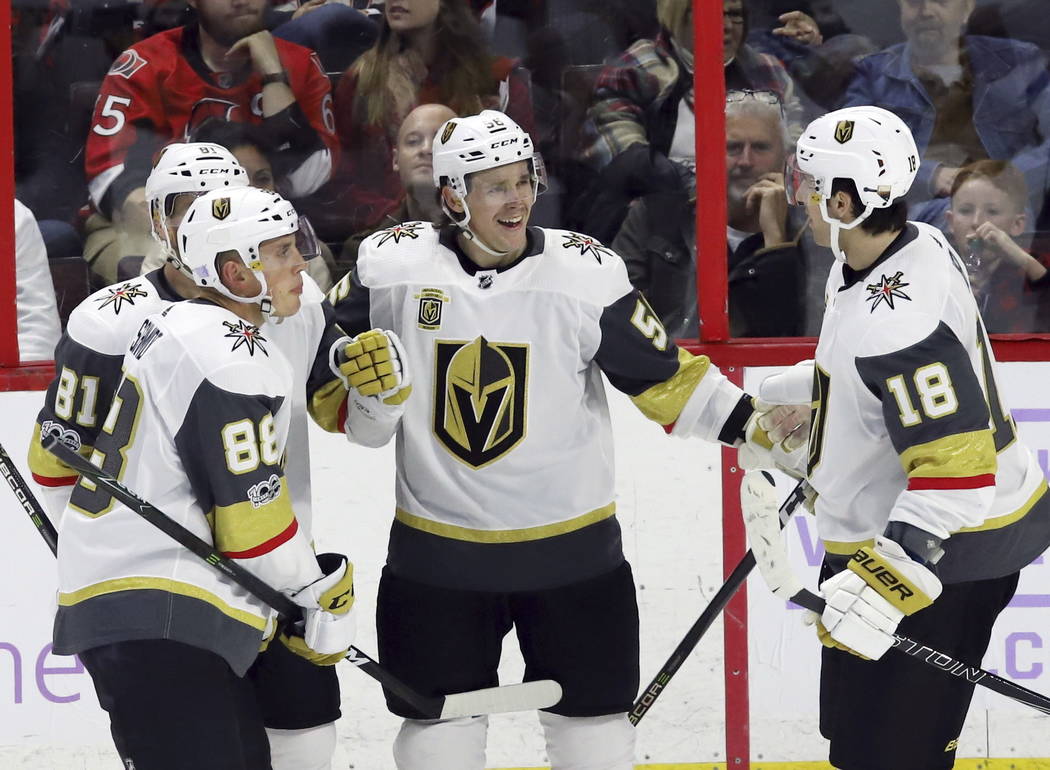 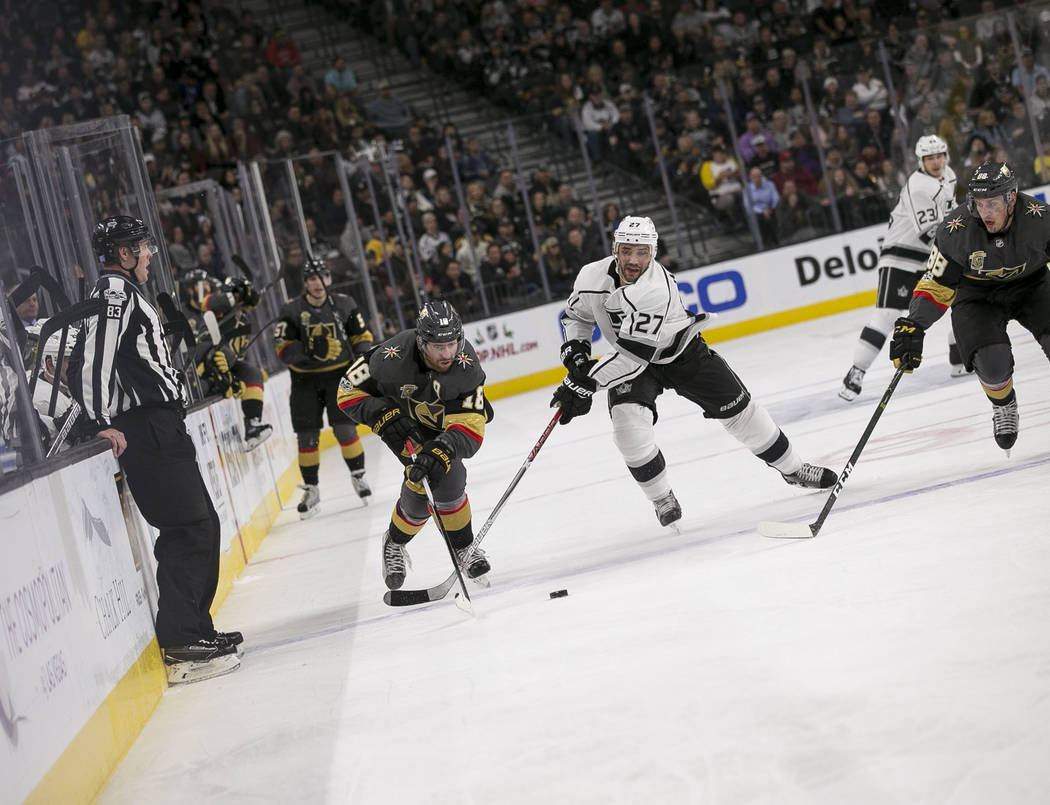 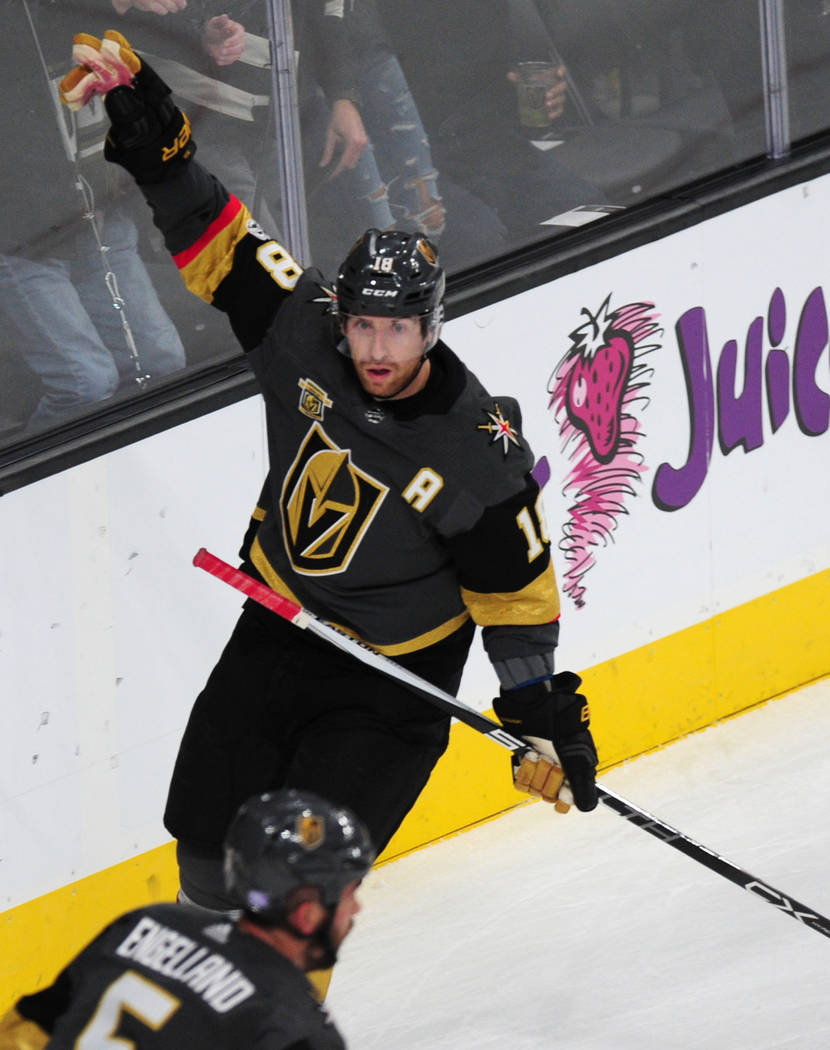 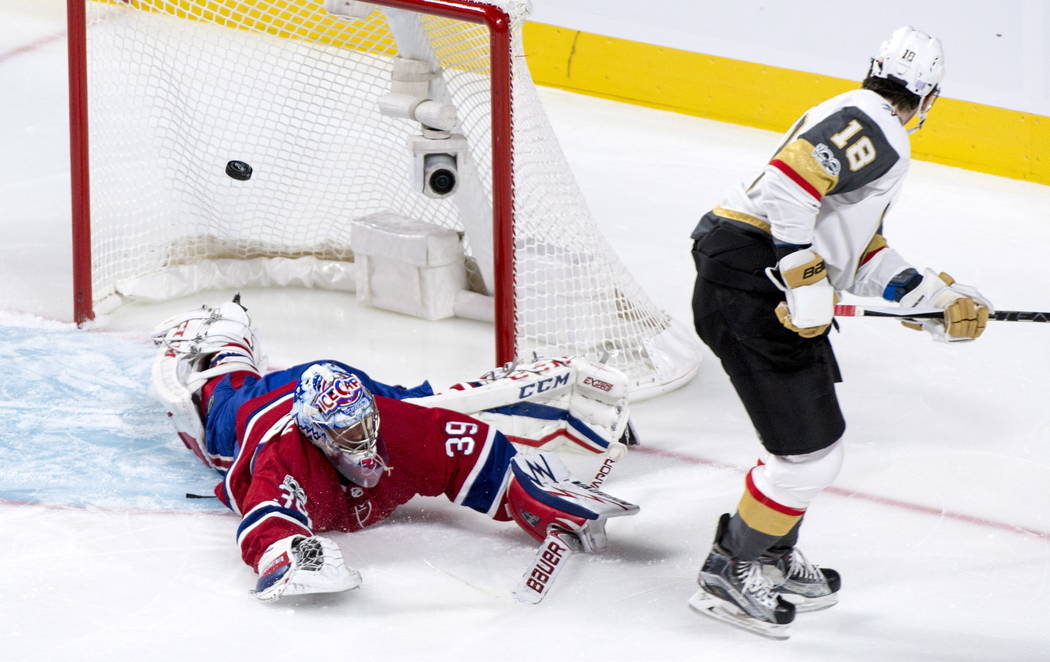 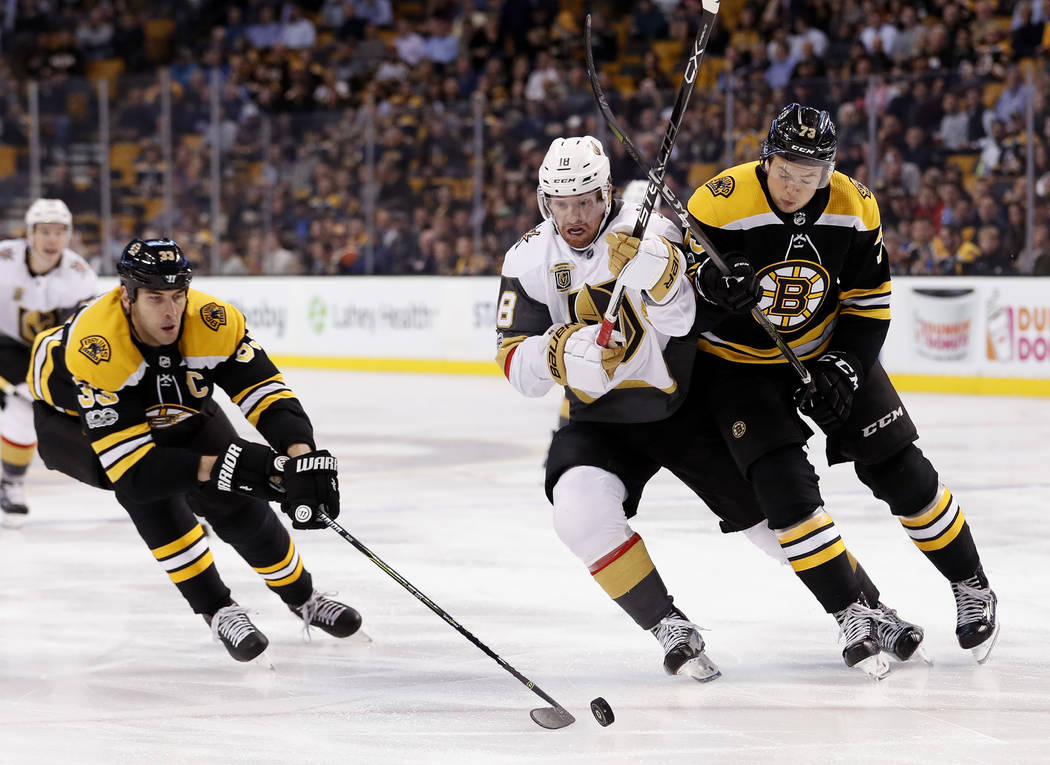 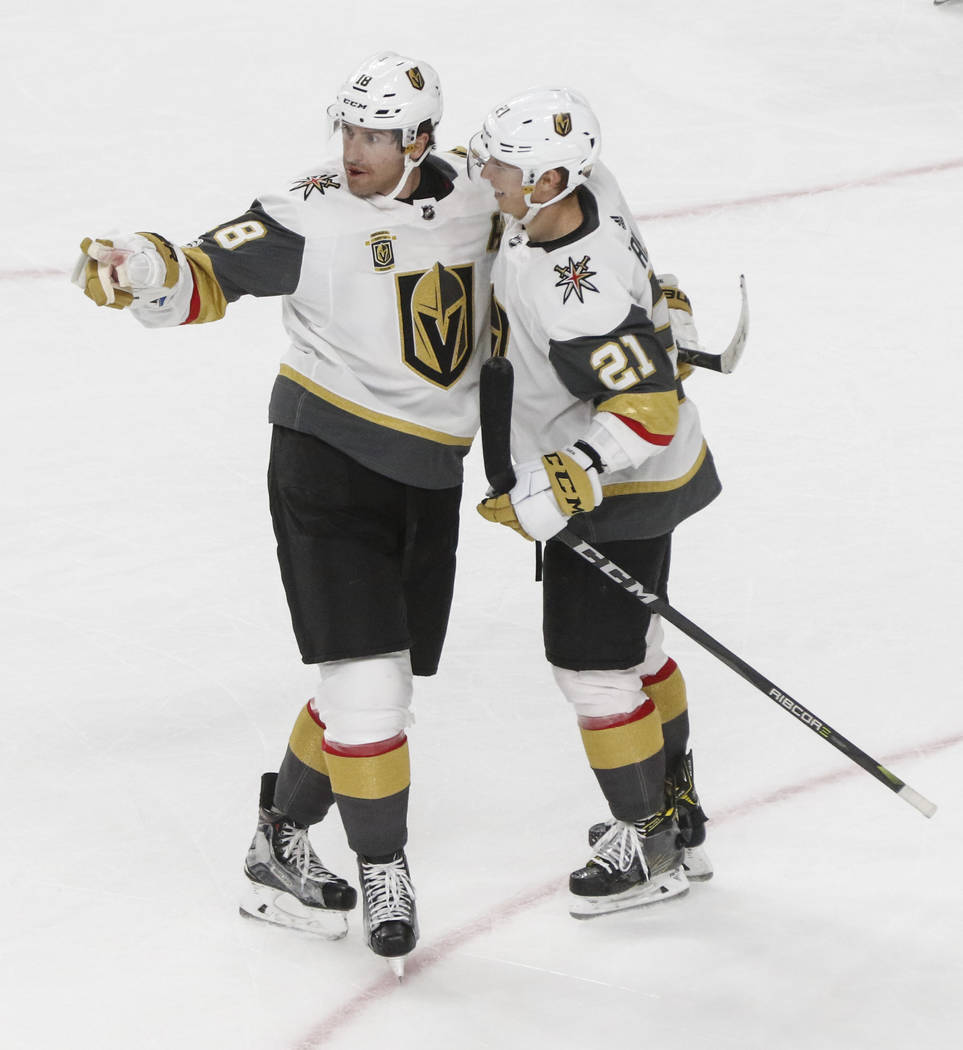 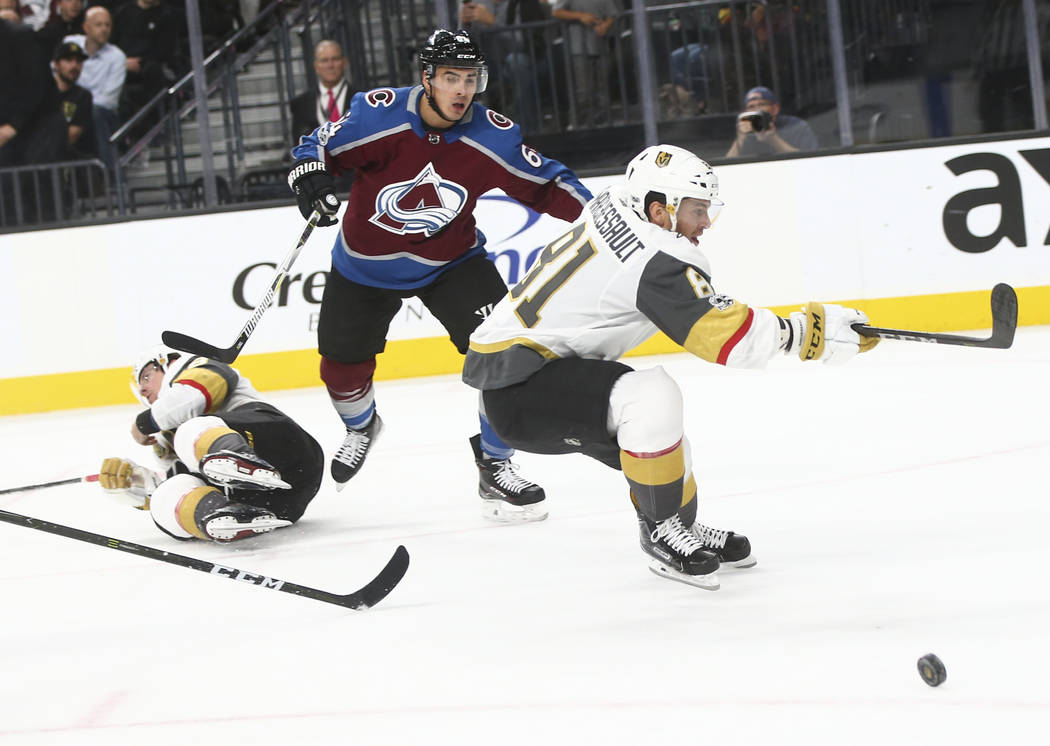 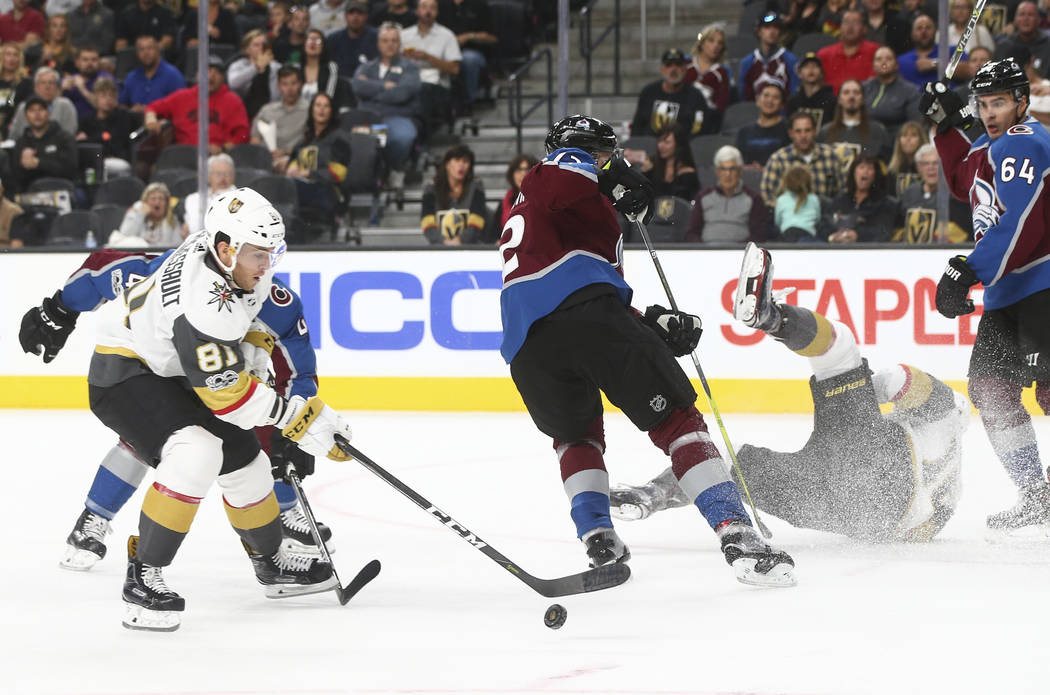 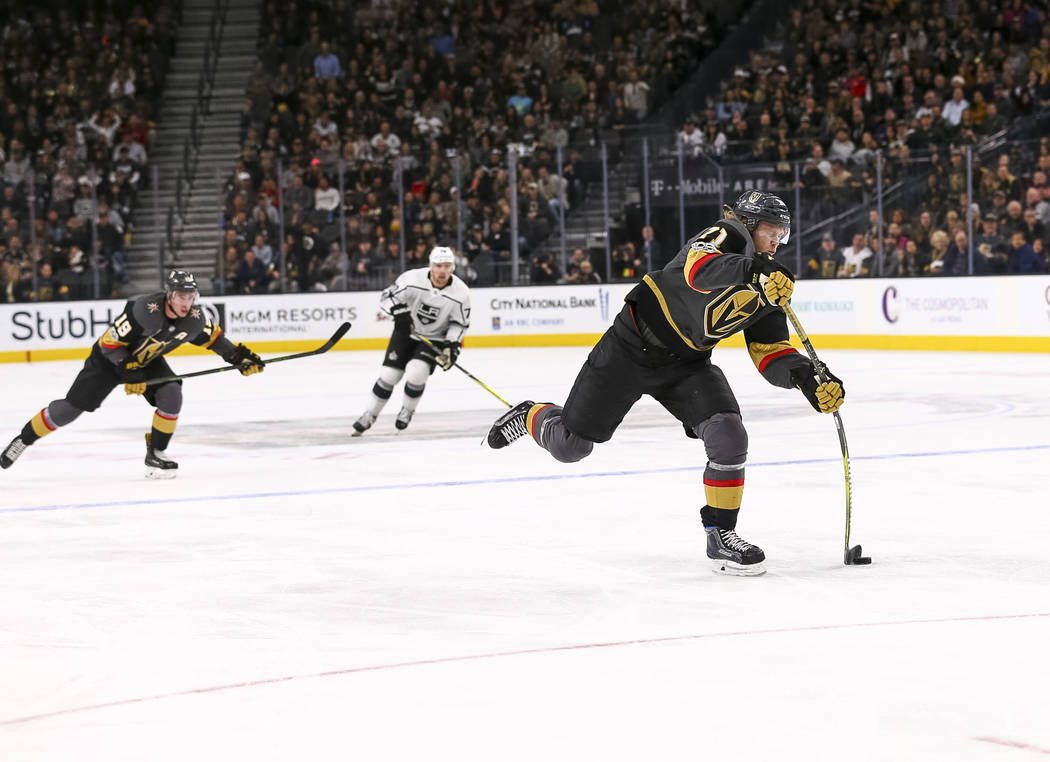 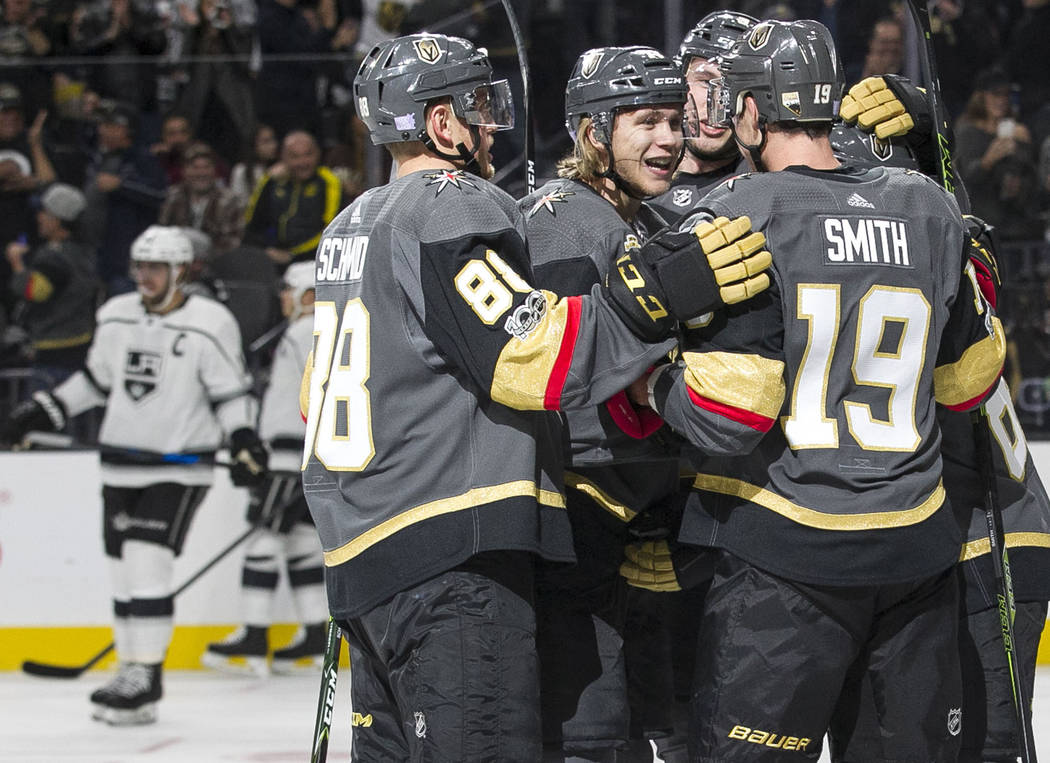 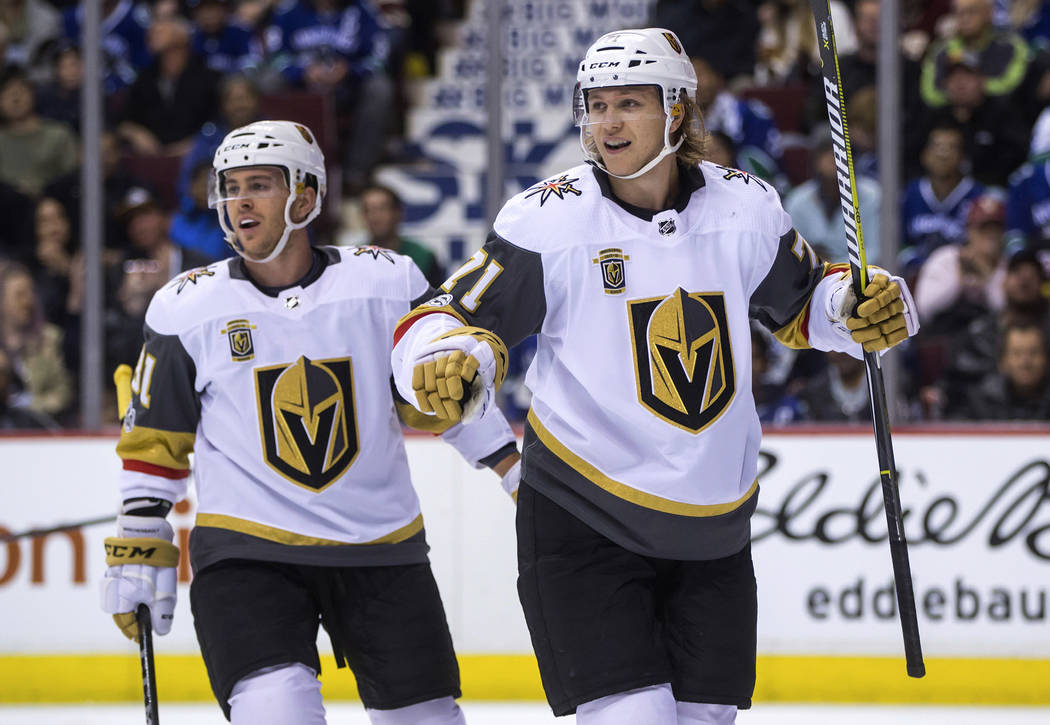 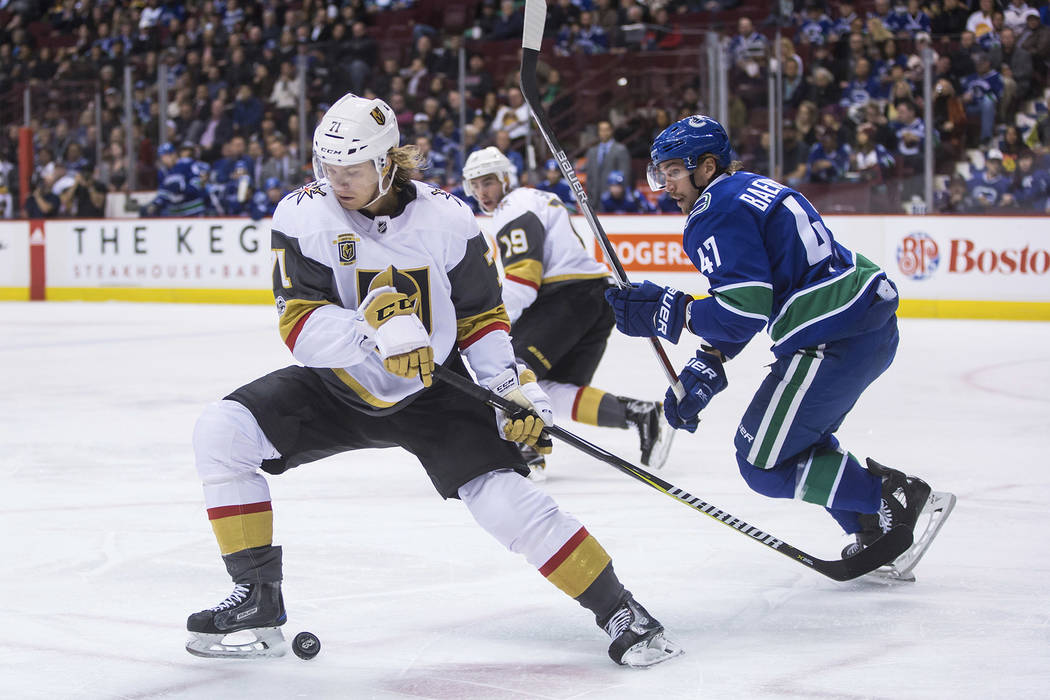 On the night of the expansion draft, Golden Knights coach Gerard Gallant said there was more offensive talent on the roster than he expected.

But Gallant admitted Tuesday after practice at City National Arena that he’s surprised at the Knights’ gaudy goal-scoring numbers.

Entering Wednesday’s game at Anaheim, the Knights (12-6-1, 25 points) lead the Western Conference in goals per game (3.58) and were fourth in the NHL behind Tampa Bay, the New York Islanders and Toronto.

“We’re scoring a lot more goals than I thought, and anybody else thought,” Gallant said. “I know we’ve got some talent level, but we’re finding ways to score goals. And they’re not lucky goals. We’re a talented team, we’re scoring some nice goals.

“We’re making good plays on 2-on-1s. We’re connecting on some real pretty goals. The guys compete hard and battle hard, but I think they’re scoring because there’s some good skill on our team.”

James Neal leads the Knights with 10 goals, and William Karlsson matched his career high with nine goals through 19 games.

To illustrate their depth and balance, the Knights are the only team in the league with eight players who have five or more goals.

Detroit, the New York Rangers and Tampa Bay each has seven players with at least five goals.

“It’s been diversified,” said Knights forward Alex Tuch, one of three players with five goals. “We’re getting scoring from all areas. The defensemen are pitching in. The coach puts a lot of trust in almost every line to go out there and score.”

Anaheim (10-7-3, 23 points) has won three straight games and four of its past five to climb into fourth place in the Pacific Division.

Center Rickard Rakell continues his maturation and leads the Ducks with eight goals and 18 points in the absence of injured forwards Ryan Kesler and Ryan Getzlaf.

“They’ve played most of the season without some of their top players, but they compete and battle hard,” Gallant said. “Our division’s tough. Every game you play against somebody is a real tough game, and we got to be at our best to have a chance to win.”

Injured defenseman Luca Sbisa (lower body) will not make the trip to Anaheim, according to Gallant.

“He’s getting a lot better, I can tell you that,” Gallant said.

Shea Theodore is expected to remain in the lineup after logging 21:12 in ice time against Los Angeles on Sunday. Only Nate Schmidt (21:23) played more vs. the Kings.