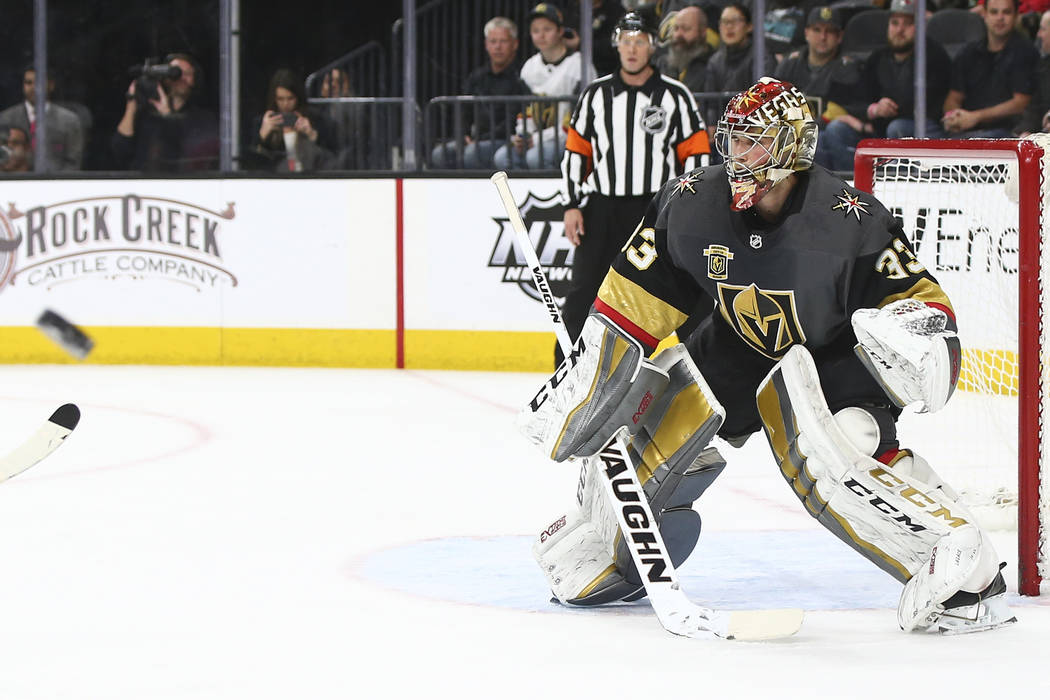 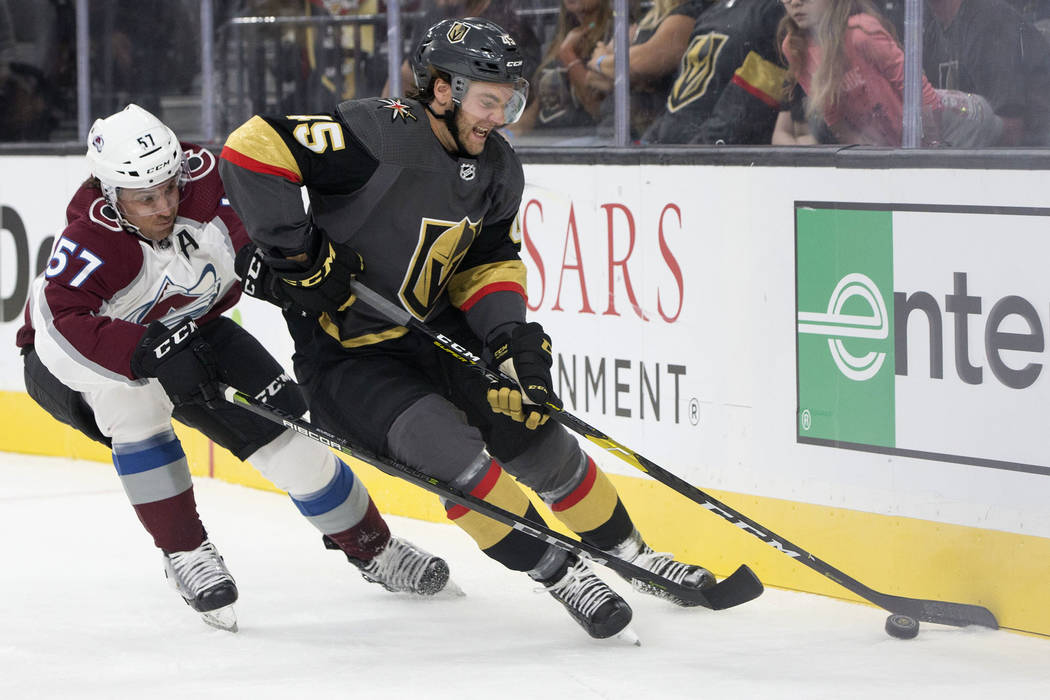 Goaltender Oscar Dansk was reassigned to Chicago of the AHL.

Lagace, who was assigned to Chicago on Jan. 23, was Marc-Andre Fleury’s backup for the past six games. He has yet to appear for the Knights this season. He had 39 saves in a 4-3 overtime loss to Cleveland on Saturday and is 9-6-3 with a 2.79 goals-against average and .899 save percentage in the AHL.

Bischoff made the Knights’ roster to start the season but did not appear in a game; he was sent to Chicago on Oct. 12. In 39 AHL games, Bischoff has two goals, nine assists and 16 penalty minutes.

The Knights had an open roster spot after trading defenseman Brad Hunt to Minnesota on Jan. 21.

Defenseman Nick Holden was scratched from the game against Nashville on Jan. 23. Adding Bischoff ensures the Knights have seven healthy defensemen if Holden is not ready for Friday’s game at Carolina following an eight-day break.

Forwards Reilly Smith and William Carrier and goaltender Malcolm Subban remain on injured reserve, according to the NHL media website.