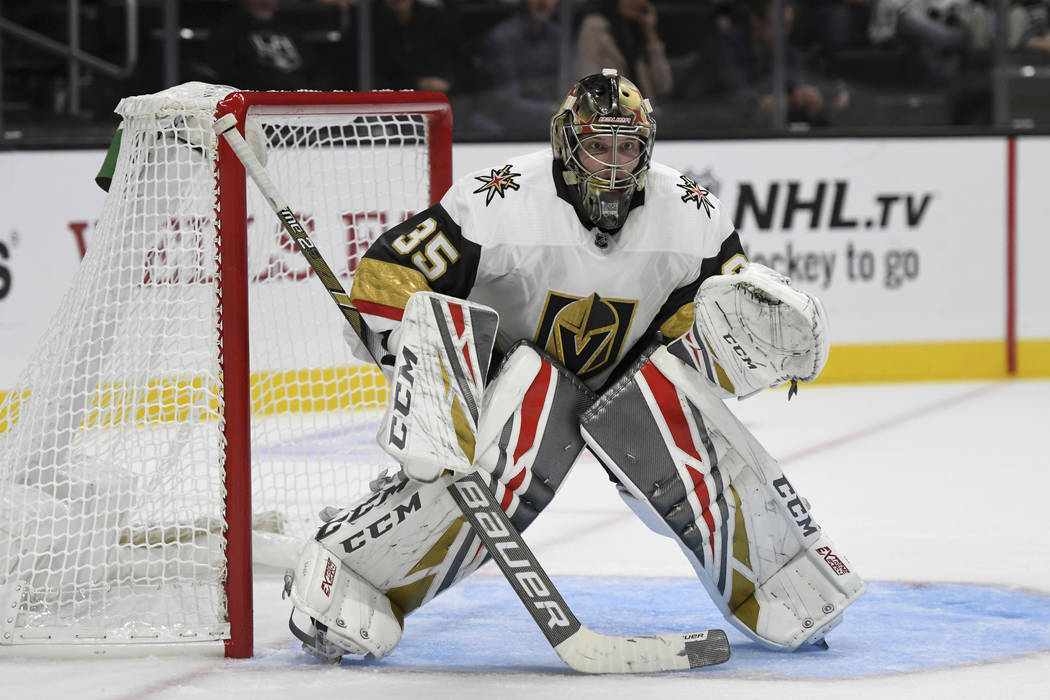 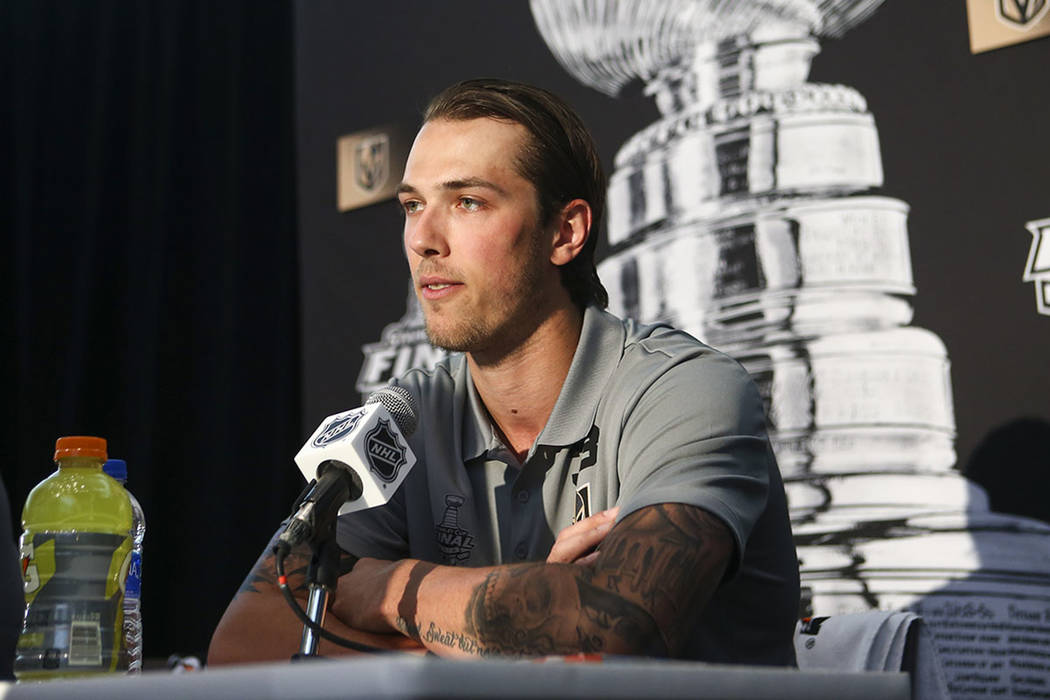 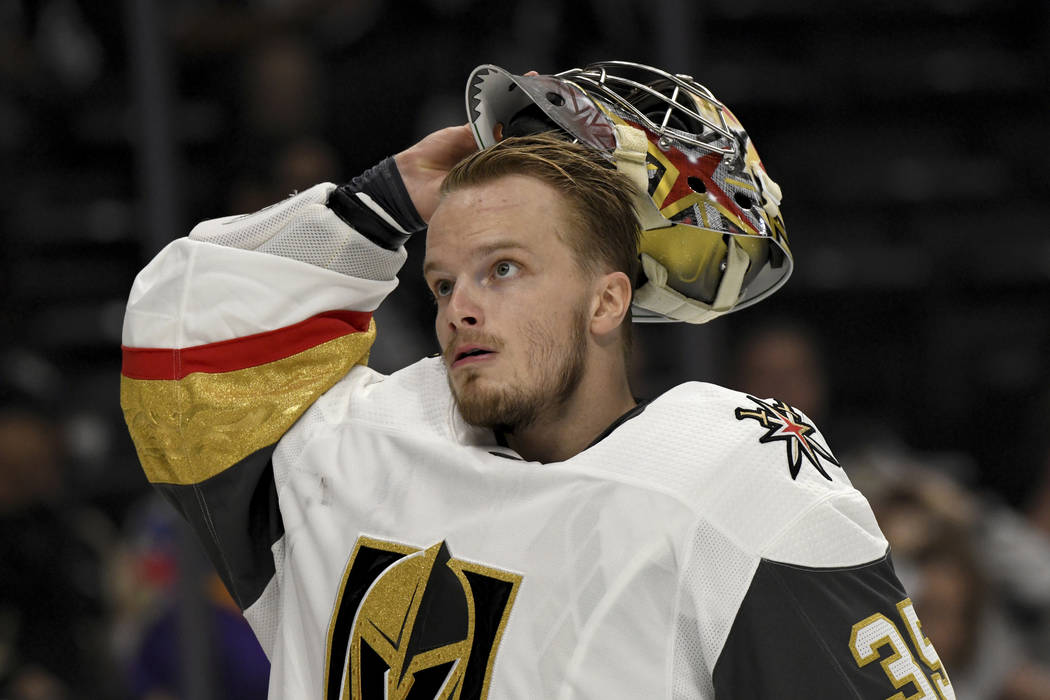 Golden Knights goaltender Maxime Lagace has been reassigned to the team’s American Hockey League affiliate in Chicago in a move announced late Wednesday.

Oscar Dansk has been recalled from Chicago to take his place on the roster.

The transaction was likely made to allow Lagace, who has not played for the Knights since being recalled on Jan. 9, the opportunity to play while the Knights are on the All-Star break followed by the team’s bye week.

The Knights return to action on Feb. 1 in Carolina. Chicago plays at Cleveland on Thursday and Saturday.

It’s unclear when backup goaltender Malcolm Subban will be able to return from injured reserve. He hasn’t played since recording a 3-2 win over New Jersey on Jan. 6.