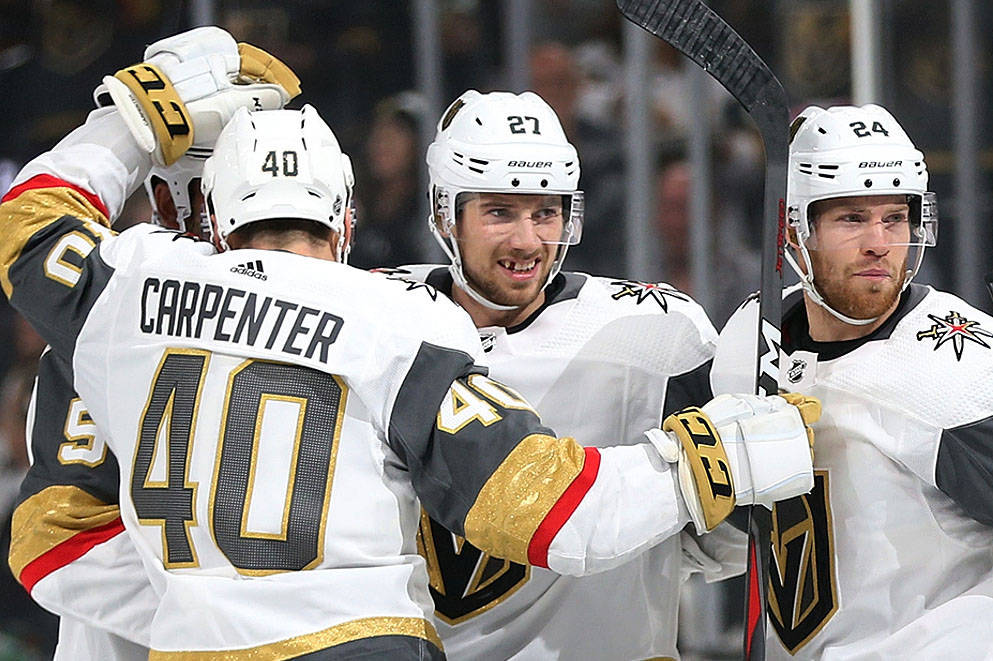 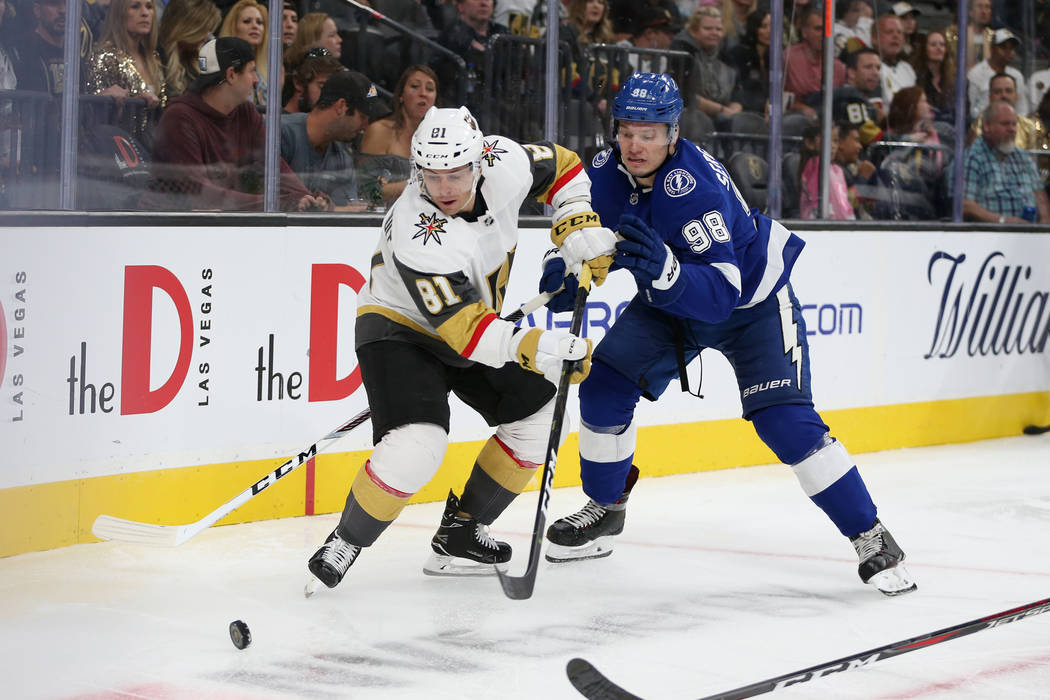 The Golden Knights were as close to full health as they’ve been all season for Friday’s game against the Tampa Bay Lightning at T-Mobile Arena.

It didn’t take long for that to change.

Forward Max Pacioretty took a huge hit from Braydon Coburn early in the first period and didn’t return in the Knights’ 3-2 loss.

Pacioretty appeared wobbly as he got to his feet and immediately went to the locker room. No details were given about the injury.

“When he left the game, they told me he’s not returning tonight and we’ll know more later,” Knights coach Gerard Gallant said.

Pacioretty was injured on his second shift of the game and played 1:47, pressing several teammates into additional minutes.

“We had to rotate lines and put guys in different positions, but I thought it was OK,” Gallant said. “You hate to lose a player like Pacioretty early in a hockey game, but that’s what coaching is all about. You’ve got to mix your lines up and see how it goes. A lot of guys played a few more minutes than they usually play.”

“It’s tough,” defenseman Shea Theodore said. “He’s a great player. I’ve thought he’s played really well for us since he’s been here. Not sure what the case is, but that’s an opportunity for some guys to step up and even get more ice time and try and show coach they’re ready to go.”

The Knights received good news on defenseman Deryk Engelland, who returned after missing the first three games of the homestand to play 17:25 on Friday.

Forward Alex Tuch played in his first game of the season Wednesday and recorded his first point Friday when he assisted on William Karlsson’s power-play goal in the third period.

Jonathan Marchessault missed the first 90 seconds of the third period, but Gallant said the left wing was having a skate repaired.

Early bird gets the goal

The Knights appeared to be in a slumber for much of the first two periods of their late afternoon game, but Karlsson said he prefers early start times.

“I like these games,” he said around noon, three hours before the puck dropped. “Just get up, have a little brunch and come to the rink and play. I wish we had more of these games.”

Karlsson scored on the power play in the third period to get the Knights within 3-2.

Theodore’s goal in the first period was the first by a Knights defenseman this season.

The Knights were one of two NHL teams without a goal from a defenseman. The other team, the Avalanche, got a goal from defenseman Samuel Girard on Friday night.