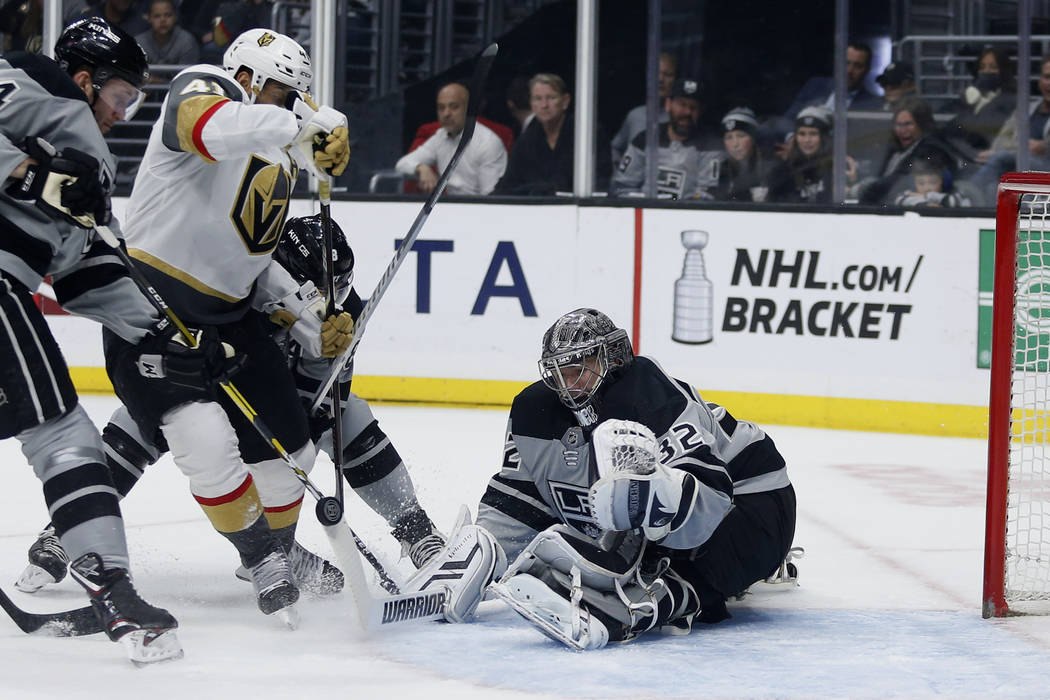 LOS ANGELES — The Golden Knights have known for a week that they will open the NHL playoffs at San Jose.

On Sunday, they will learn the day and time of their first game when the league unveils the first-round schedule live on NHL Network at 7 a.m. The playoffs begin Wednesday.

Forward Max Pacioretty, who didn’t make the playoffs last season with Montreal, said he doesn’t care whether the team opens Wednesday or Thursday.

“It doesn’t make much difference to us, but I guess if you have a preference, you kind of want to get into it right away,” Pacioretty said before Saturday’s regular-season finale against the Kings. “We’ve had a little bit of a down time here, so I think guys have had time to recover from those little nagging injuries.”

Coaches typically prefer to play Thursday to have an extra day to prepare, but Vegas’ Gerard Gallant is in a unique situation as he readies his team for a familiar opponent.

“We’ve basically known for three or four weeks who we were going to play,” he said. “There’s no secrets. Two teams that play each other a lot, and we played in the playoffs last year, too. I don’t think there are any surprises.”

College star Jimmy Schuldt was in the lineup for the Knights on Saturday for his NHL debut after signing with the team this past week.

“I feel good,” Schuldt said after the morning skate at Staples Center. “I’m really excited. There won’t be any shortage of adrenaline out there. It’s going to be fun and hopefully I can just play my game.”

Schuldt, whose parents and three brothers made the trip for the game, said that involves making smart and simple plays.

Blake Lizotte, Schuldt’s teammate at St. Cloud State, also made his debut Saturday for the Kings.

The game was meaningless in the standings for both teams, with the Knights locked into their playoff position and Los Angeles having clinched the second-best chance in the draft lottery after New Jersey’s win over Florida on Saturday.

It was a chance for the Knights to get one more dress rehearsal for goaltender Marc-Andre Fleury and sharpen parts of their game.

“Special teams, that’s a big one,” Pacioretty said. “We haven’t had many power plays lately, so we’d like to get a couple of those and get some touches that would be nice. We’ve put together some new units the last couple days, but haven’t had a lot of looks on it in the game. Stuff like that you want to fine-tune.”