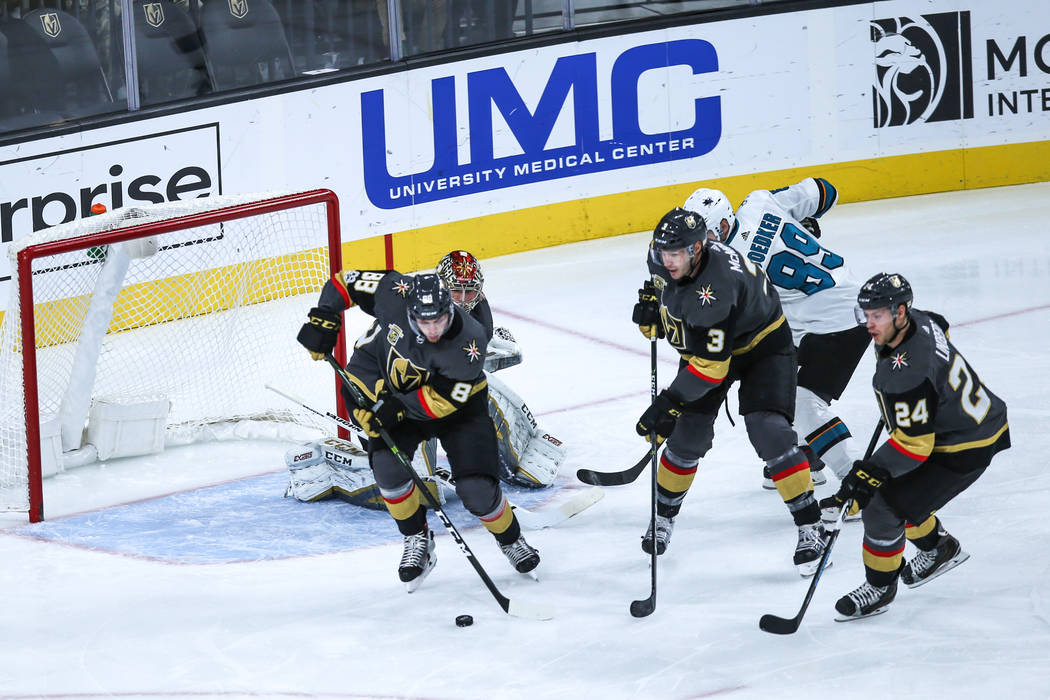 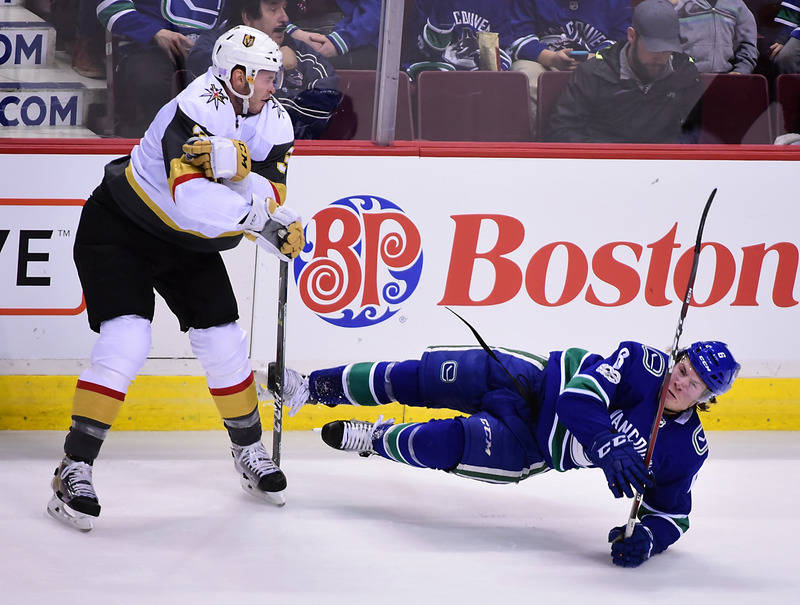 The Golden Knights locked up a piece of their long-term future Wednesday, signing defenseman Brayden McNabb to a four-year, $10 million contract extension that runs through the 2021-22 season.

McNabb, 26, was set to become an unrestricted free agent July 1 and is the first player extended by the team in its inaugural season.

“We thought this would hopefully be the first of several extensions for him and we’re delighted to have him under contract for the next four years,” general manager George McPhee said. “He’s a very good fit for us. We’re excited about his growth. He will be a core member of this hockey club going forward.”

The 6-foot-4-inch, 212-pound McNabb was plucked from the Los Angeles Kings in the June expansion draft and is one of six players in the NHL this season with more than 50 hits and blocked shots.

Brayden McNabb is excited to spend the next four years in Las Vegas. #VegasBorn pic.twitter.com/pJpCYAOufJ

McNabb leads the Knights with 56 hits and 52 blocks to go with two assists and 19 penalty minutes in 20 games.

McNabb earned a slight raise from his $1.7 million salary this season.

“Brayden has performed extremely well,” McPhee said. “He’s a big man. He’s played against other clubs’ top forwards and really shut them down and done an excellent job on the penalty kill. And we feel he still has a lot of room for growth.”

Defenseman Luca Sbisa (lower body) practiced Wednesday at City National Arena without a red noncontact jersey and could be activated from the injured-reserve list during the Knights’ two-game road trip that begins Thursday at Minnesota.

“I’m going on the trip, so that’s a positive, and then we’ll see how I feel (Thursday),” Sbisa said. “We just have to see how it’s going. It feels good, but there’s no decision made yet.”

Forward Pierre-Edouard Bellemare (illness) is expected to play against the Wild despite missing practice due to illness, according to coach Gerard Gallant.

Also, forward David Perron, who missed the past two games (upper body), skated on his own prior to practice but did not make the trip.

The Wild (11-10-3) are coming off back-to-back losses to St. Louis and Winnipeg by a combined score of 13-5 and are sixth in the Central Division after winning 49 games last season.

Eric Staal leads Minnesota with 21 points (eight goals, 13 assists), and Jason Zucker of Las Vegas has a team-high 13 goals for the Wild.

The Wild announced defenseman Jared Spurgeon (groin injury) will not play against the Knights.

“You go up and down their lineup, and it’s a good solid lineup,” Gallant said. “They’re probably a little bit like Edmonton. They’re not happy with their game right now, but they’re a real dangerous team and they’re going to find their game.”