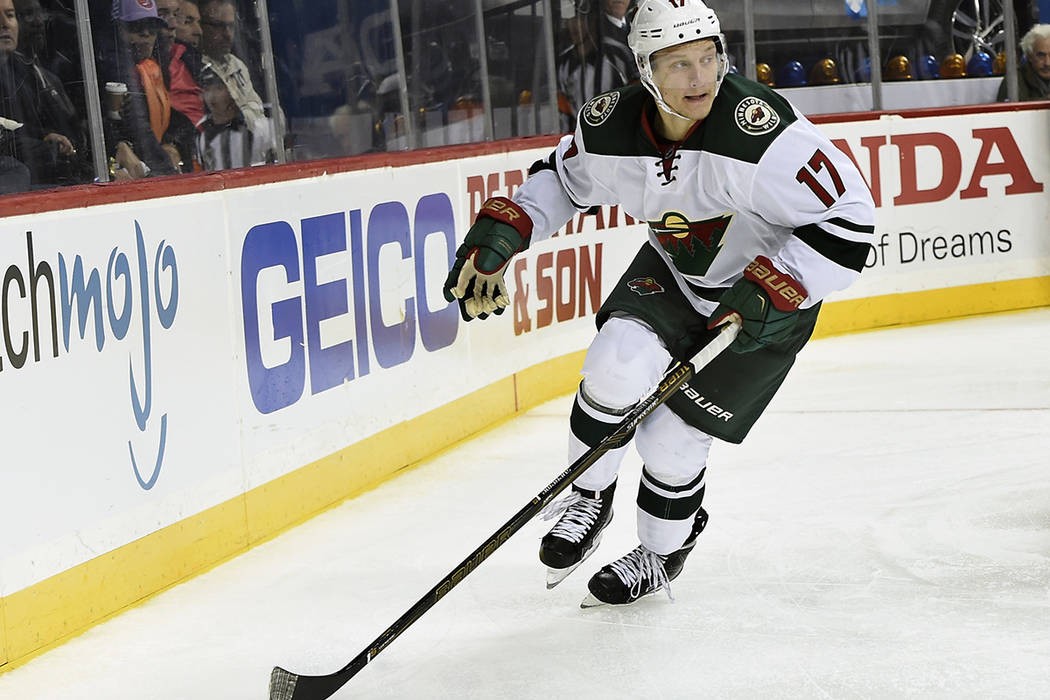 Pulkkinen was selected from Arizona in the expansion draft.

The 25-year-old had one goal in four games with the Coyotes after being traded from Minnesota in February. Pulkkinen appeared in nine games with the Wild last season, scoring one goal.

Pulkkinen spent much of 2016-17 season with the Iowa Wild of the AHL and made the AHL All-Star Game. He shared the lead in goals (18) with current Knights teammate Alex Tuch and had 36 points in 47 games for Iowa.

A native of Finland, Pulkkinen has 13 goals and 22 points in 83 career NHL games with Detroit, Minnesota and Arizona.