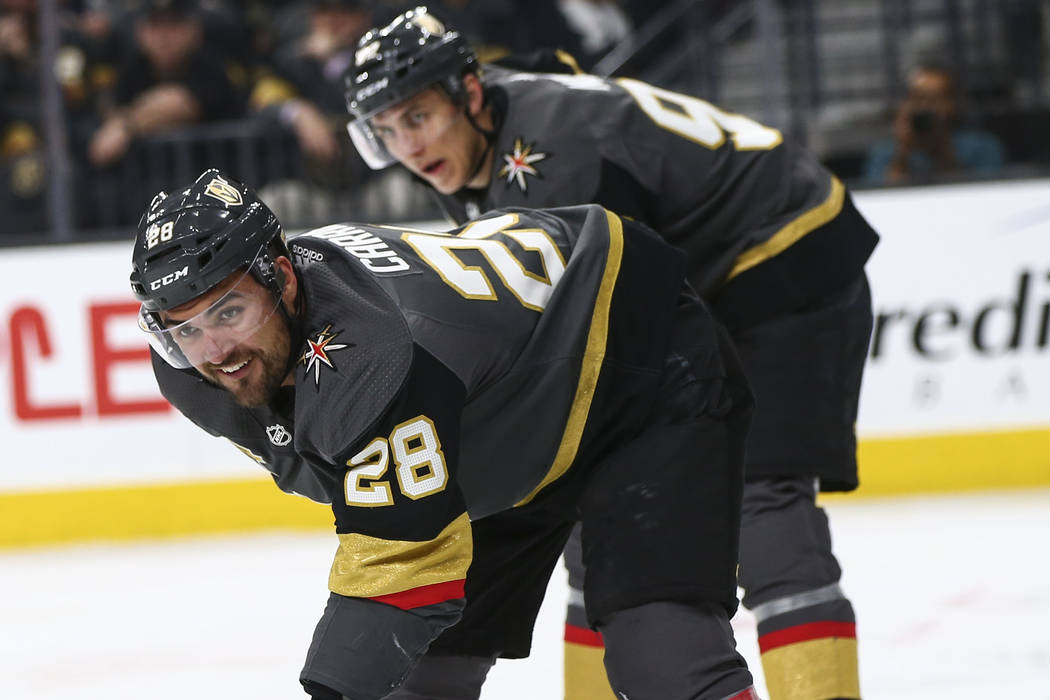 The hits will keep on coming in Las Vegas for William Carrier.

Golden Knights general manager George McPhee announced Monday the team had agreed to a two-year deal to bring the forward back after an injury-plagued inaugural season.

Carrier led Vegas in hits per game with 3.1, though he was only able to log 37 games in the regular season.

The physical 23-year-old scored a goal and added two assists this season after he was selected from Buffalo in the expansion draft. He failed to record a point in 10 playoff appearances, though he added 56 more hits to his resume, including a big check on Christian Folin of the Kings in Game 1 of the Los Angeles series that led to Shea Theodore’s goal in a 1-0 win.

“William is a fast, physical player who added pace to our lineup last season,” McPhee said. “We are excited about his effectiveness and think he has tremendous upside.”

Carrier, a native of LaSalle, Quebec, Canada, has 11 points and 40 penalty minutes in his 78-game career. He was originally selected by St. Louis in the second round of the 2013 draft.

Bringing him back gives Knights coach Gerard Gallant the option of keeping together an effective fourth line of Carrier, Tomas Nosek and Pierre-Edouard Bellemare.

It leaves Theodore and William Karlsson as the last remaining unsigned players for the Knights. Karlsson is scheduled for an Aug. 4 arbitration hearing unless an agreement is reached beforehand.