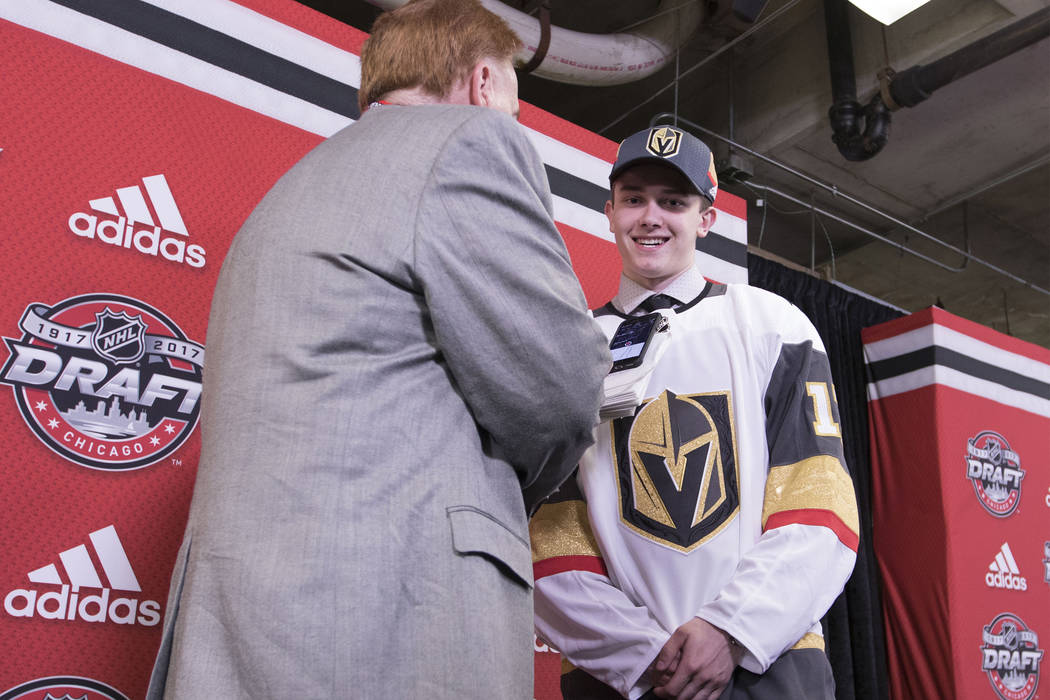 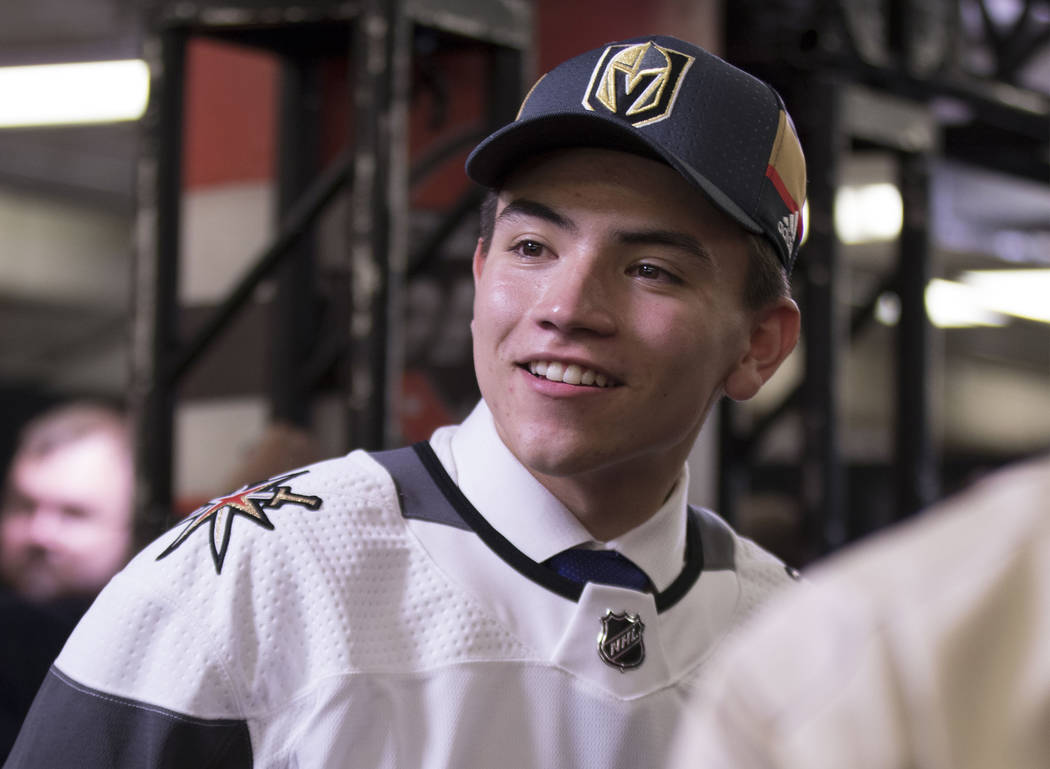 Nick Suzuki, the 13th pick selected by the Vegas Golden Knights in the first round of the 2017 NHL Entry Draft, with media at the United Center in Chicago on Friday, June 23, 2017. Heidi Fang/Las Vegas Review-Journal @HeidiFang 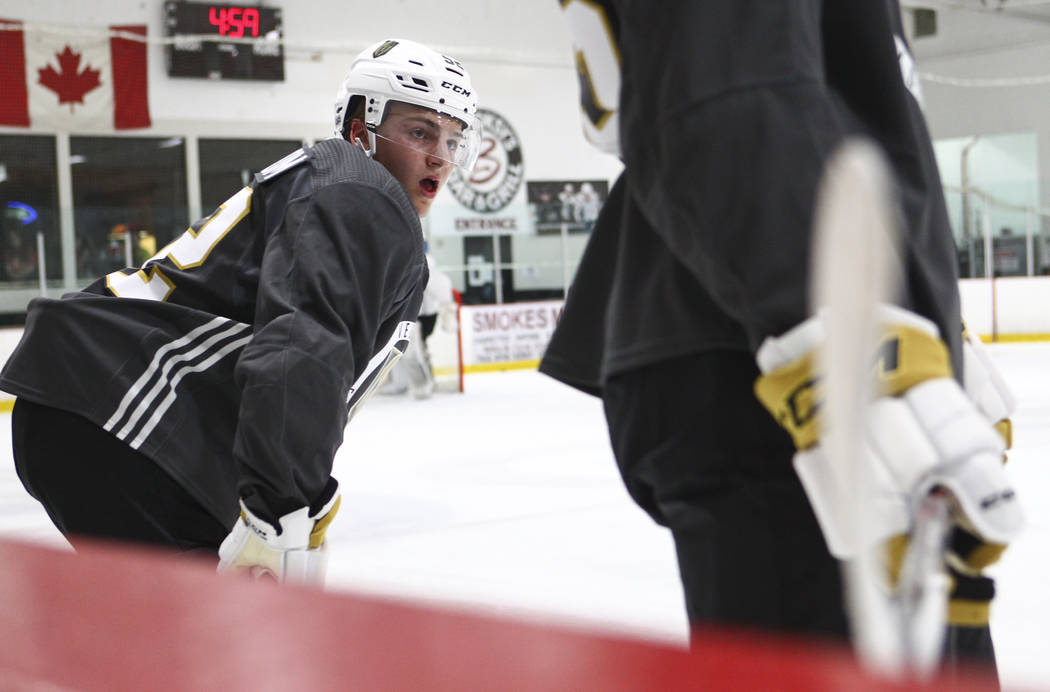 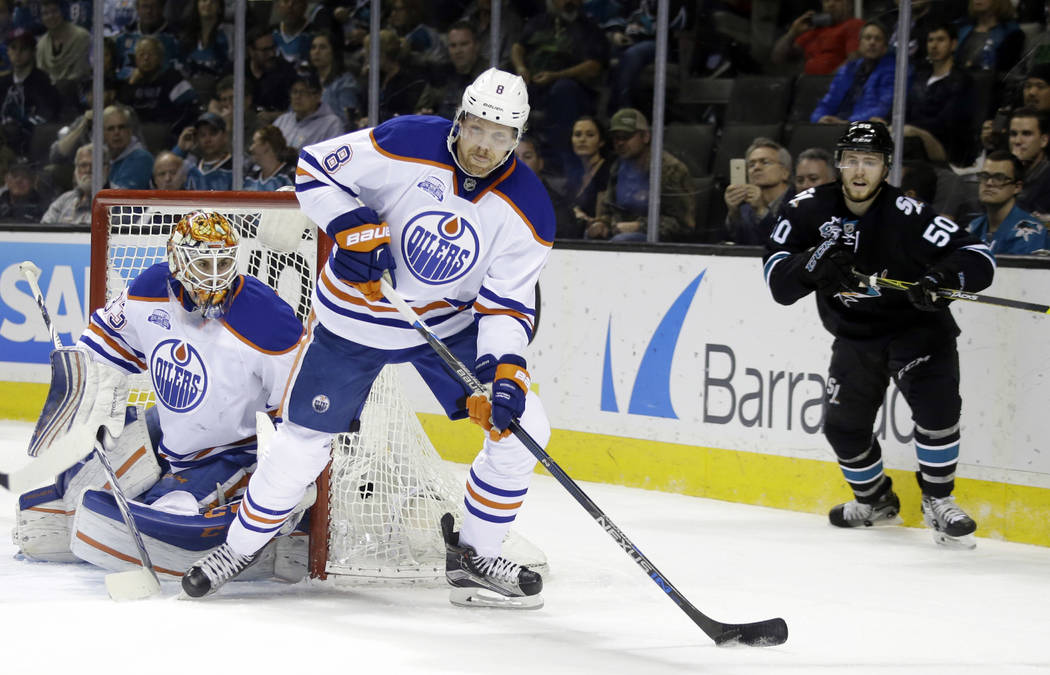 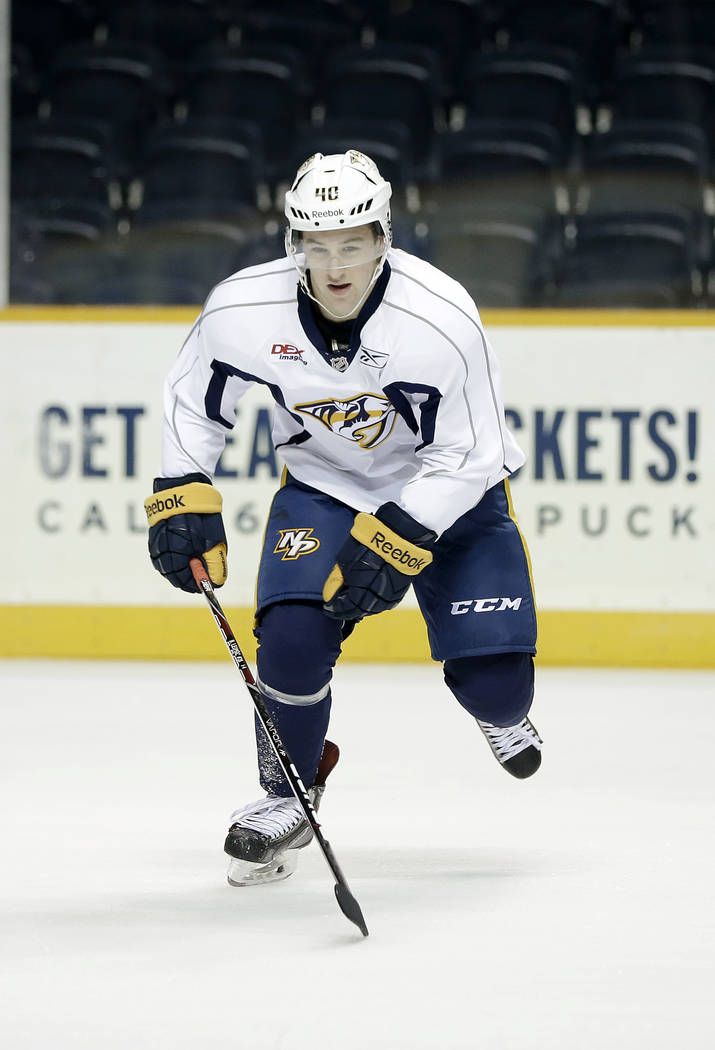 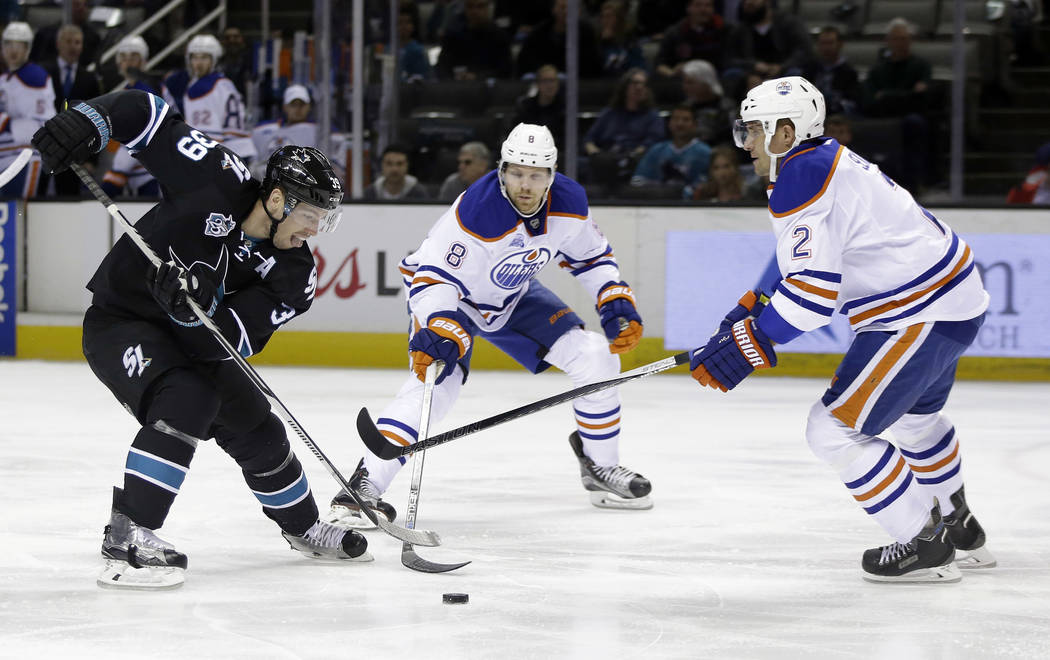 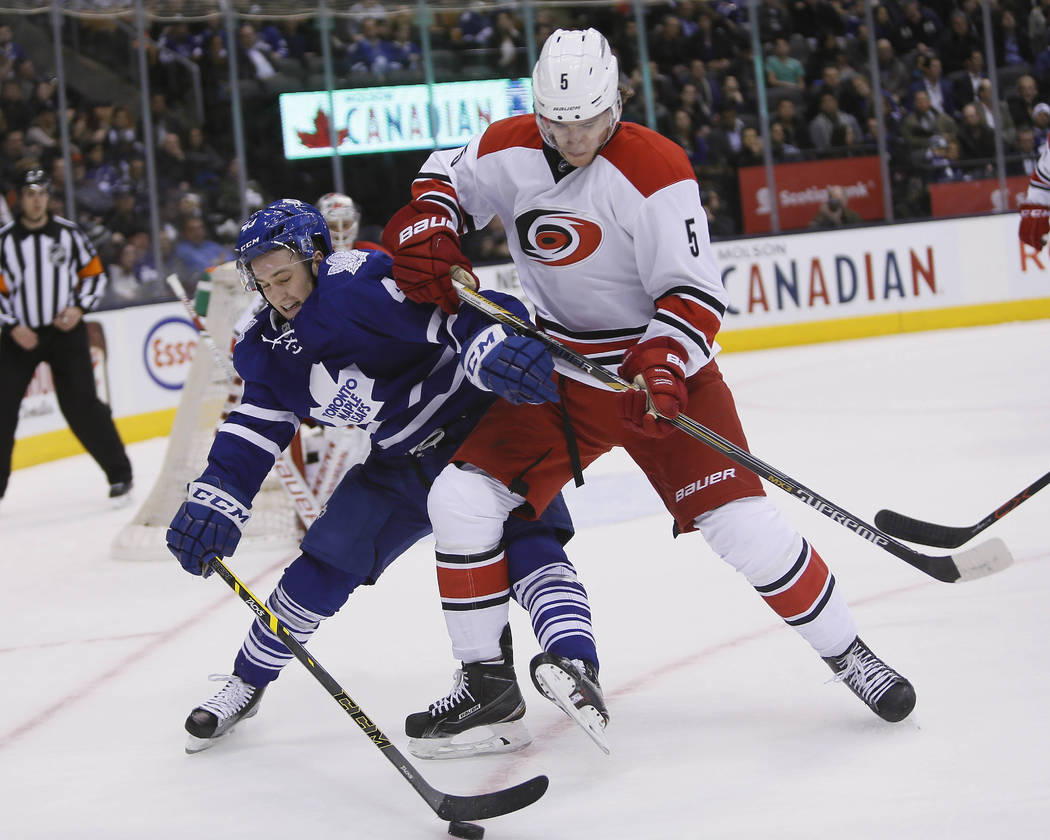 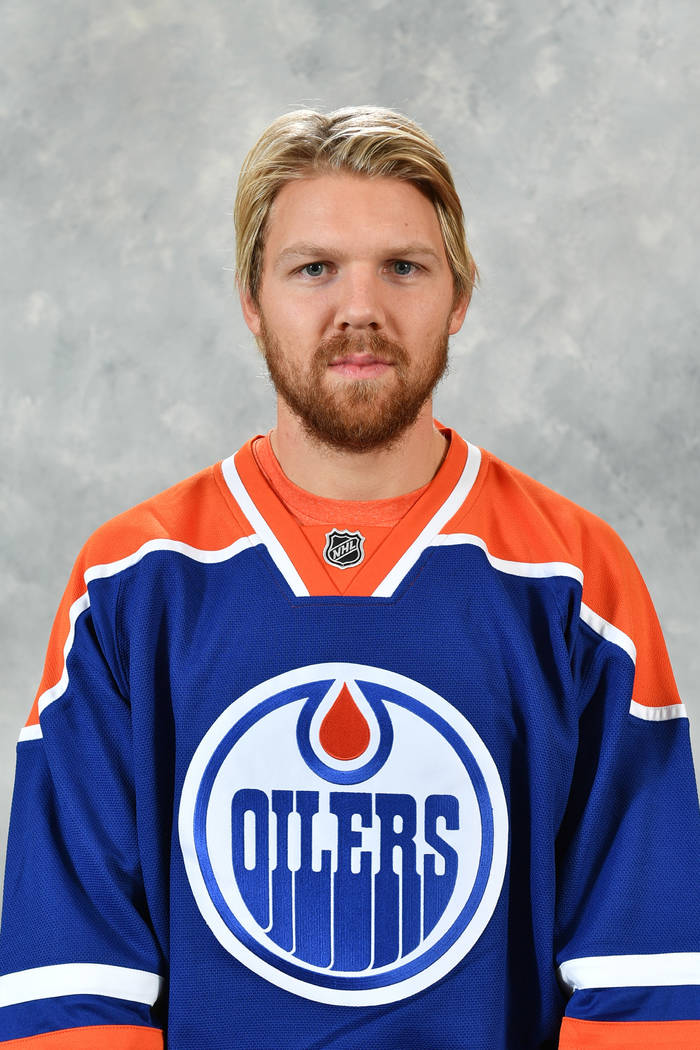 EDMONTON, AB - SEPTEMBER 22: Griffin Reinhart of the Edmonton Oilers poses for his official headshot for the 2016-2017 season on September 22, 2016 at the Rogers Place in Edmonton, Alberta, Canada. (Andy Devlin/NHLI via Getty Images) 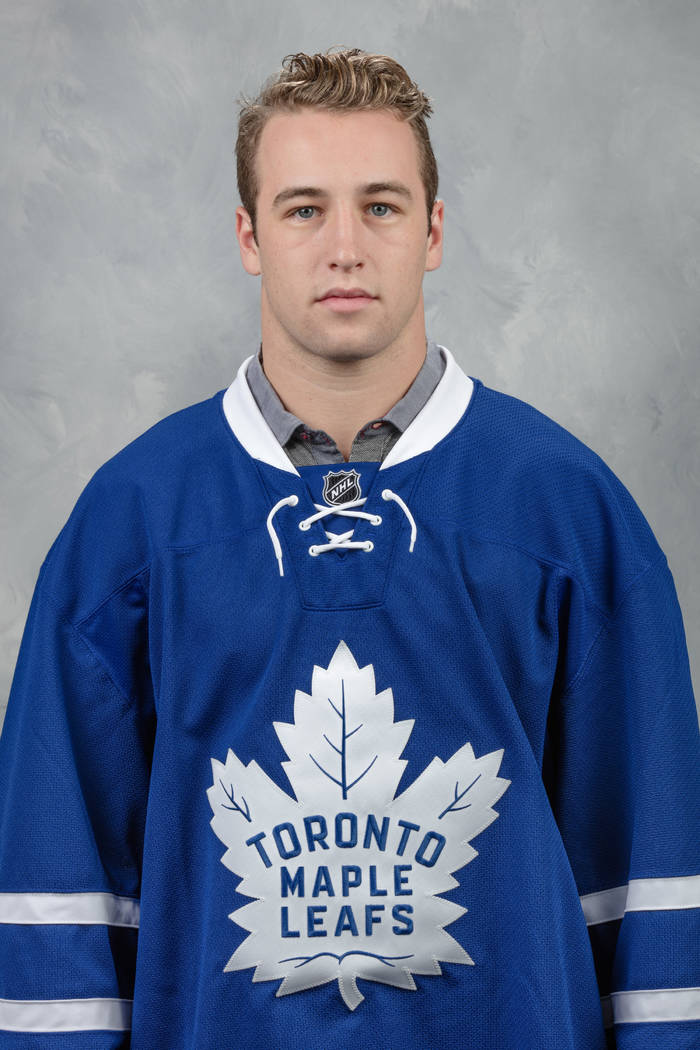 TORONTO, ON – SEPTEMBER 22: Brendan Leipsic of the Toronto Maple Leafs poses for his official headshot for the 2016-2017 season on September 22, 2016 at the MasterCard Centre, Toronto, Ontario, Canada. (Jonathan Bielaski /NHLI via Getty Images) 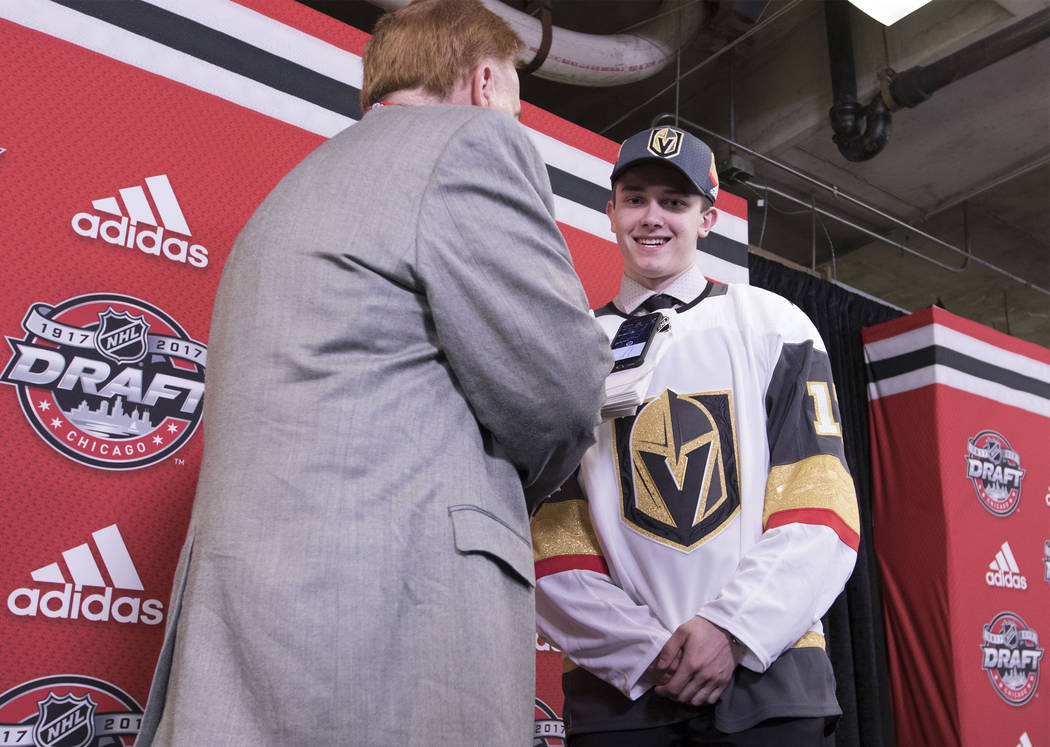 Cody Glass, right, who was selected sixth overall by the Vegas Golden Knights in the 2017 NHL Entry Draft, is interviewed by the Review-Journal's Ed Graney in Chicago, Illinois, on Friday, June 23, 2017. Heidi Fang/Las Vegas Review-Journal @HeidiFang

Cody Glass’ days of bumming rides are about to end.

“I’m glad it’s done,” Glass said from Winnipeg. “I don’t let money change me. I see it as getting another step closer to the NHL.”

“I wasn’t too worried about it,” he said from London, Ontario. “But I’m happy to have it behind me, and I can just focus on hockey and getting ready for training camp.”

The Knights did not disclose financial details of their contracts.

But according to the NHL’s Collective Bargaining Agreement, a max entry level deal is worth $925,000 per year, and no signing bonus can exceed 10 percent of the total value of the contract.

It’s likely Glass received the maximum for three years, which would have been $2.775 million. His signing bonus would be 10 percent of that figure, or $277,500. He can buy a nice set of wheels with that.

“I train halfway across town,” Glass said. “Sometimes it’s hard to get rides from my dad and my brother. So I’ll probably look at getting a car.”

“I don’t have a car, so I’ll probably look into buying something,” he said.

Brannstrom showed his joy by going on Twitter: “Unreal feeling to have signed my first NHL contract with @GoldenKnights, couldn’t be more excited for what’s coming up!”

The other signings involved players taken in the NHL Expansion Draft. Leipsic was with the Toronto Maple Leafs and Reinhart the Edmonton Oilers. Both were restricted free agents.

Reinhart’s deal has an average annual value of $800,000, and Leipsic’s is worth $650,000 annually. Their signings put four of the team’s five restricted free agents in the fold. Oscar Lindberg and Teemu Pulkkinen also signed in July.

Defenseman Nate Schmidt is the only holdout, and his case is scheduled to go to arbitration in August. He made $875,000 last year with the Washington Capitals, who left him unprotected in the expansion draft.

One player who will not be joining the Knights this season is forward Nikita Gusev, who was acquired via trade June 21 from the Tampa Bay Lightning. Gusev has decided to remain with SKA St. Petersburg of the Kontinental Hockey League, having agreed to a two-year extension. The 25-year-old left wing probably will play for Russia in the 2018 Winter Olympics, though the Knights still retain his NHL rights.