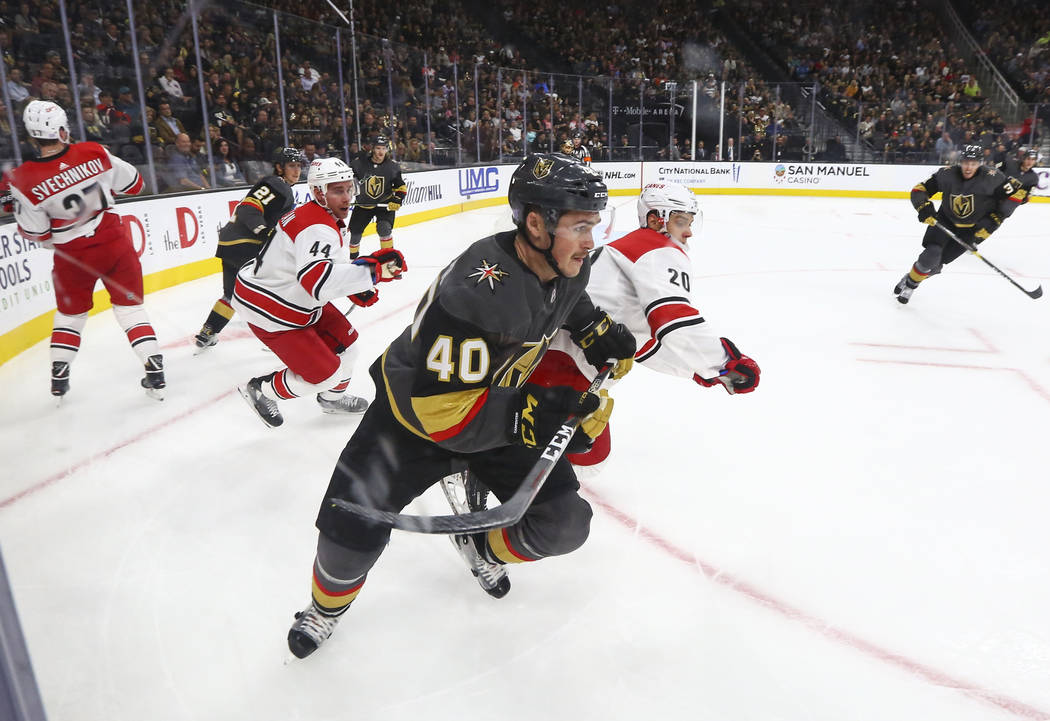 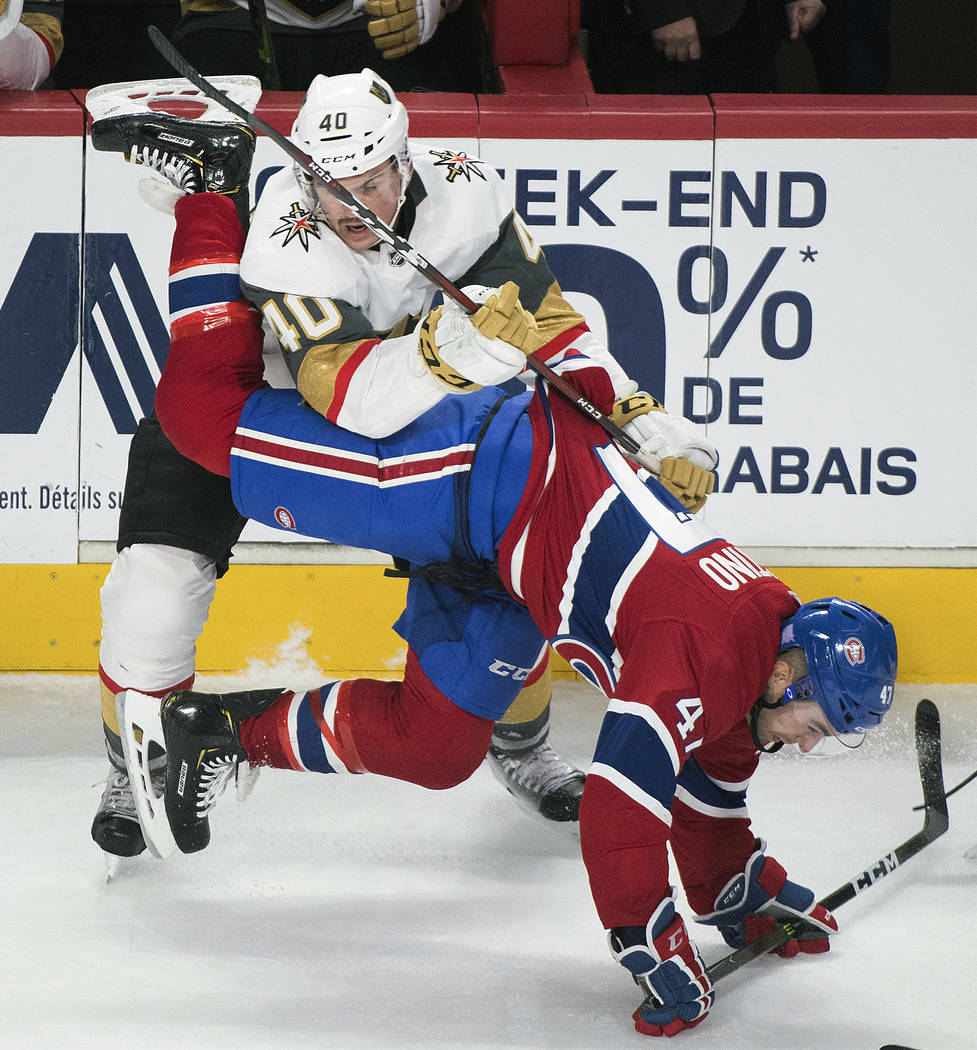 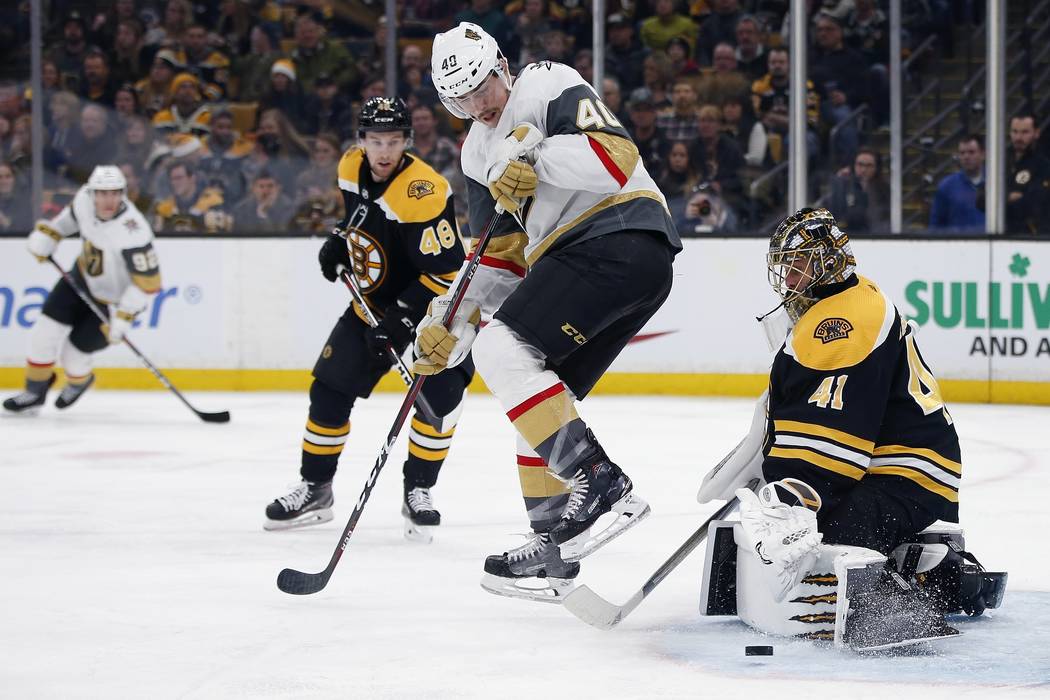 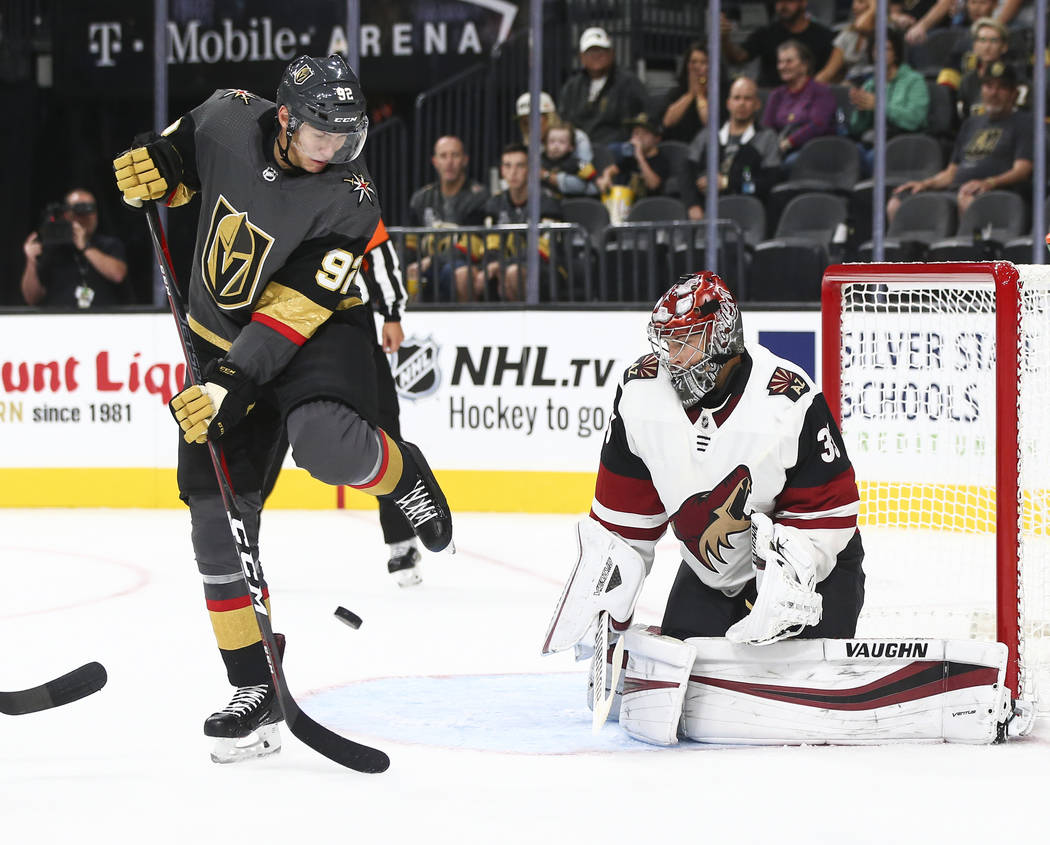 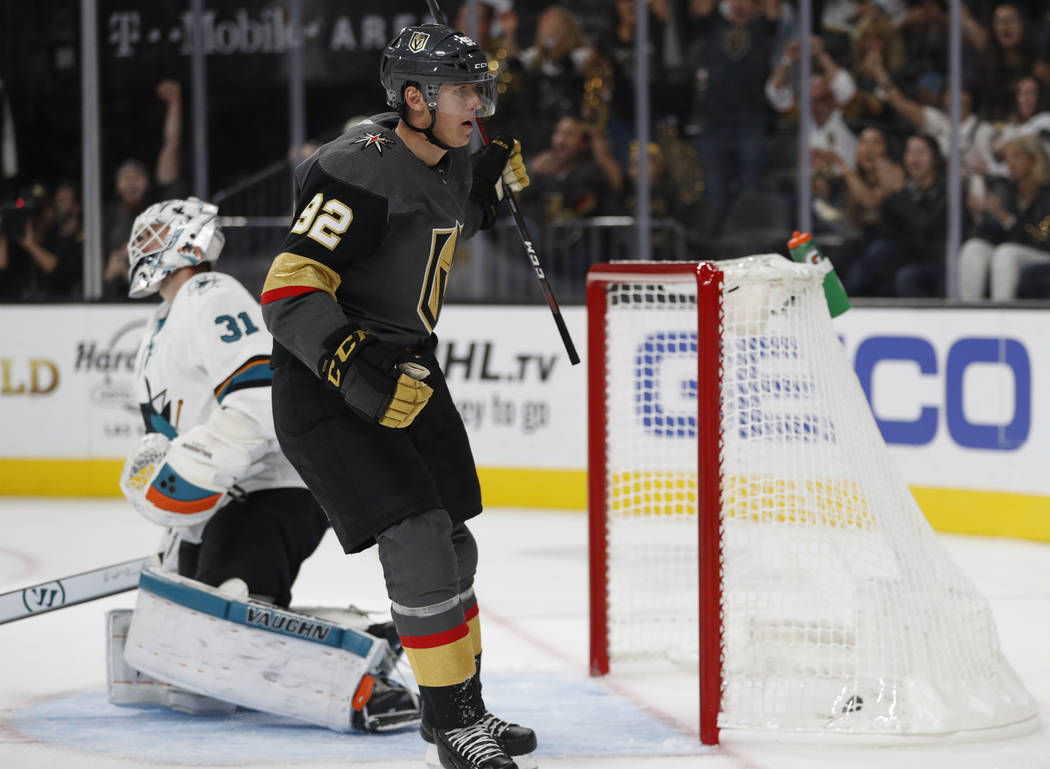 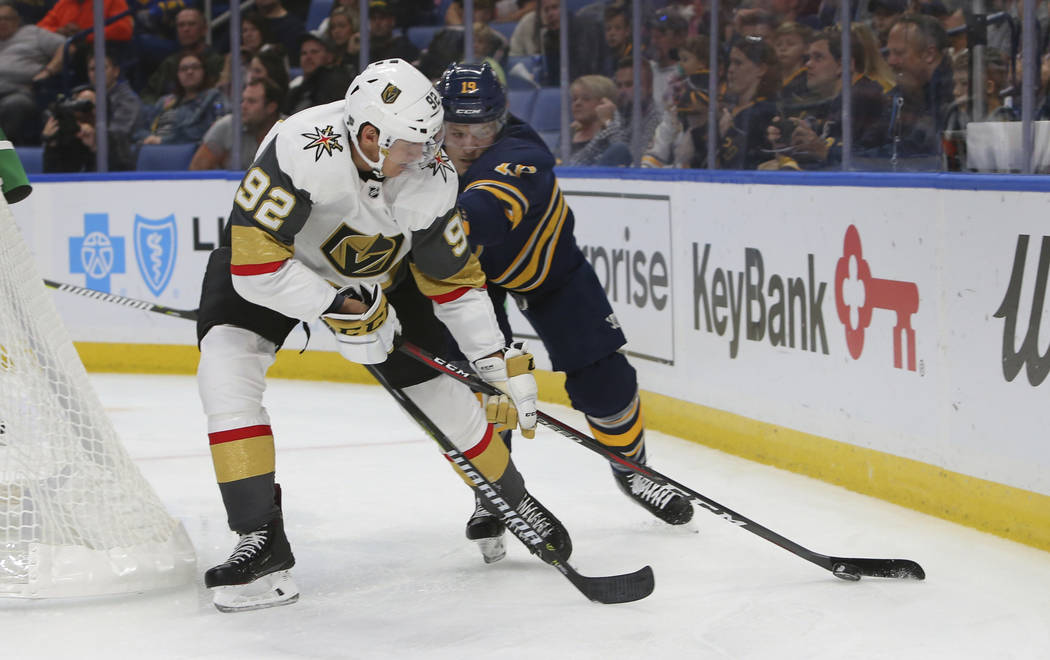 There are 718 players listed in the NHL’s official plus-minus ratings.

The abysmal numbers for the stalwarts of the third line represent the kind of season it has been for the beleaguered unit thus far.

When Carpenter (minus-13) and Nosek (minus-14) have been on the ice together, the Knights have scored just one goal while surrendering 12.

“There’s some games we feel like we have more chances than others,” Carpenter said after practice Monday at City National Arena. “It seems like every game we’ve been on the wrong end of getting scored on and haven’t found a way to contribute to the team. We’re working hard, but there’s really no excuses.”

They have had to deal with quite a bit of instability. Cody Eakin was expected to center the line, but has been forced to move up in the rotation due to several injuries. Oscar Lindberg has played with Carpenter and Nosek at times. Tomas Hyka is currently manning the right wing.

“We have to be responsible for our job whether you play two games with the same guys or every game,” said Hyka, who has three assists and a minus-2 rating while bouncing around the rotations. “It’s difficult, but you have to be mentally ready to do your best in all situations. Obviously it’s not easy, but we’re all good players. You just have to forget it and focus on the next shift and start building good things.”

Carpenter has only two assists, but hasn’t recorded one since Oct. 26 and was a minus-6 on the four-game road trip despite being scratched in the game at Toronto. He returned to the lineup the next game after Erik Haula suffered an injury and has yet to score a goal.

Nosek scored his only goal of the season on Oct. 11. He was a minus-6 during the four-game swing.

“It’s tough when you get scored on every game,” Nosek said. “ It’s maybe in your head a bit, too. Hopefully we win the next game and build on that. We just can’t overthink it. We have to play our game and trust our game.”

“A lot of it is bad luck,” he said. “They had a really good offensive chance (Sunday) night and it didn’t go in for them. It turned into what I would call a fluky goal the other way. A lot of it is bad luck and bad timing. But when you try to hard, you tend to overthink things and when you simplify your game and trust that it will be good enough as long as the effort is there, you solve a lot of issues. That’s probably where the answer is.”

The Knights hope answers come soon. Paul Stastny’s eventual return could help as Eakin can drop back down, but that’s still weeks away. There is still no word on how long Haula will be out. An update is expected on Wednesday after the Knights return to practice following an off day.

Lindberg has been scratched often this season, playing only six games and failing to record a point while registering a minus-3.

As the roster is currently constructed, the solutions will likely have to come from within the group of Carpenter, Nosek, Hyka and possibly Lindberg. The line of Carpenter, Nosek and Hyka has generated 70 percent of the shot attempts when they’ve played together despite being outscored 4-0.

“It seems like between the second and third lines there’s been a lot of guys hurt and we’ve had to make changes, but that’s just what happens over the course of a hockey season so you can’t really think about it,” Carpenter said. “You can’t make excuses. No matter who you’re playing with on a line, you want to play the same way as a team. It really shouldn’t matter. We’re just going to keep working hard and hopefully it starts clicking.”

The Knights hope it happens soon, starting with a return home to play divisional games against Anaheim and St. Louis on Wednesday and Friday.