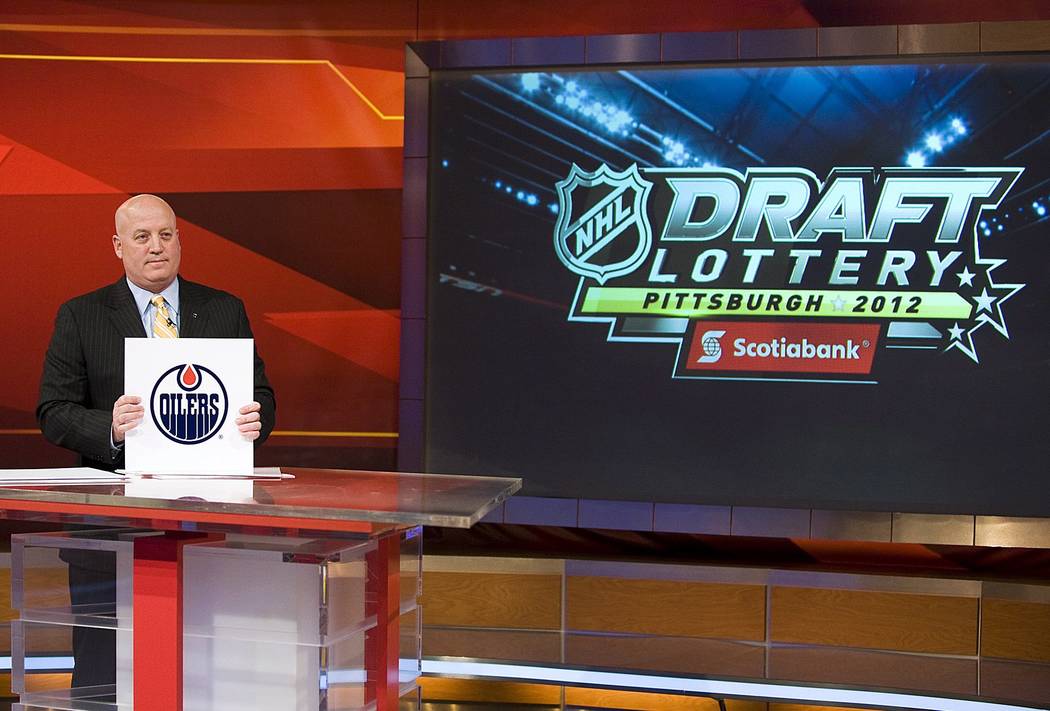 NHL deputy commissioner Bill Daly reveals the Edmonton Oilers as number 1 in the NHL Draft Lottery at the TSN studios inToronto on Tuesday April 10, 2012. Edmonton won the right to pick first overall in the league's annual amateur draft for the third year in a row. (AP Photo/ The Canadian Press, Aaron Vincent Elkaim) 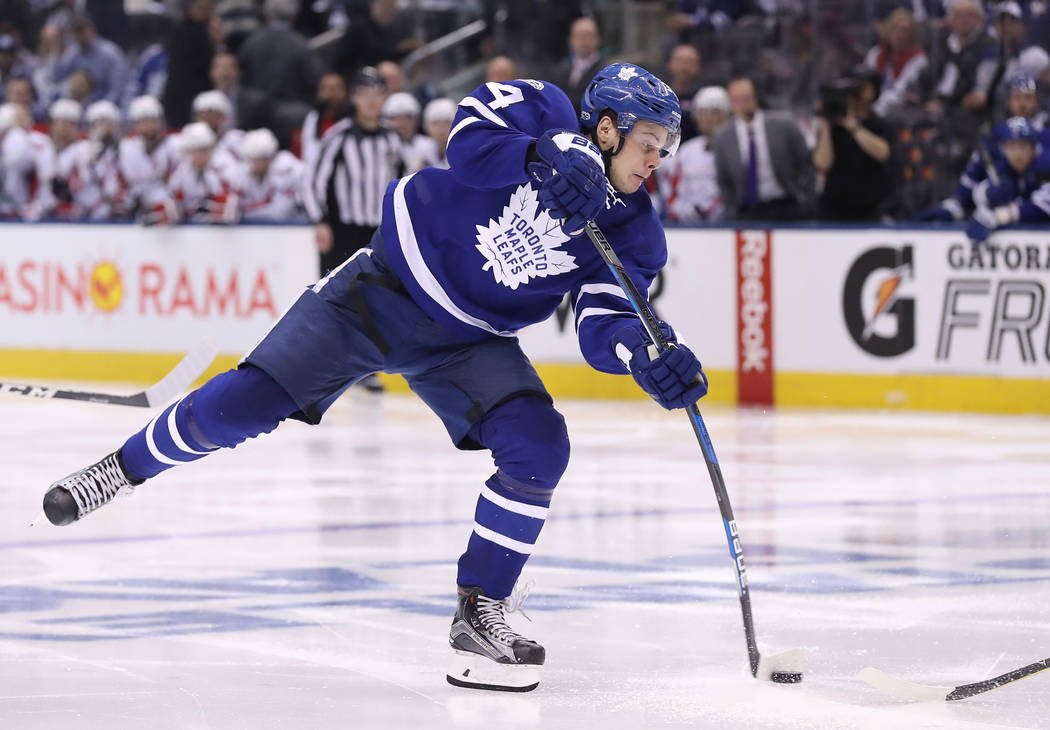 Apr 23, 2017; Toronto, Ontario, CAN; Toronto Maple Leafs center Auston Matthews (34) shoots the puck in overtime against the Washington Capitals in game six of the first round of the 2017 Stanley Cup Playoffs at Air Canada Centre. The Capitals beat the Maple Leafs 2-1 in overtime. Mandatory Credit: Tom Szczerbowski-USA TODAY Sports - RTS13M6C

The Tampa Bay Lightning missed the NHL playoffs by one point. So did the New York Islanders.

The Los Angeles Kings battled until the final week for a postseason berth after injuries had taken their toll on the roster and then-general manager Dean Lombardi couldn’t make the right moves to get the Kings into the playoffs.

Those three franchises are among the 15 that have assembled in Toronto for the NHL Draft Lottery on Saturday. It’s an important day for all 31 NHL teams, as the order for the Entry Draft on June 23 and 24 in Chicago will be set.

The expansion Golden Knights are hoping for the No. 1 spot and will select no lower than sixth after the weighted lottery’s three phases have been drawn. The Lightning, Islanders and Kings figure to be in the middle of the pack.

Colorado, the NHL’s worst team, has the best chance at the No. 1 pick at 18 percent odds. Vancouver, the second-worst team, is next at 12.3 percent. The Knights and Arizona, which had the third-worst record, are next at 10.3 percent apiece.

At the other end of the spectrum, the Kings have a 4.5 percent chance of landing the top pick, the Lightning are at 1.8 percent and the Isles are last at 0.9 percent.

Good players will be available late in the lottery. While no one is projecting a deep draft in terms of players stepping right into the NHL out of junior hockey or college, teams such as the Kings, Islanders and Lightning don’t need to hit big to have a successful draft.

Los Angeles will be looking for scoring and Tampa Bay defense. The Islanders also are looking for offense and will be able to find it without having to move up.

The Kings might want to grab Cody Glass, a 6-foot-2-inch, 179-pound center for the Portland Winterhawks who also can play right wing. He has 32 goals, 62 assists, 94 points and is a plus-31 for the season.

If Glass is gone, maybe the Kings look at 6-5, 203-pound center Michael Rasmussen of the Tri-City Americans. He has 32 goals and 55 points in 50 games with 50 penalty minutes and is a minus-13 for the season.

The Lightning, who will get a lot of offense back with the expected return of captain Steven Stamkos, can afford to roll the dice on a defenseman. They’ll have a shot at Juuso Valimaki, a 6-2, 200-pound blueliner who has had a strong second season for Tri-City with 19 goals and 61 points.

Another option is Callan Foote of the Kelowna Rockets, the son of former NHL player Adam Foote. The 6-3, 198-pounder has scored only six goals, but he also has 51 assists and skates well for someone his size.

The Islanders need offense. Nicholas Suzuki, a 5-10, 175-pound center from the Owen Sound Attack of the Ontario Hockey League, might be a good fit, though the Isles already have small quick forwards in Anthony Beauvillier and Josh Ho-Sang. Suzuki had 45 goals and 96 points in 65 games.

But the reality is, there’s a good player for all 15 lottery teams. It’s just a matter of finding the best fit.

— The NHL Draft Lottery uses a weighted system to determine the teams with the best chances of landing the first three picks. There are three separate draws, one for each of the three top spots.

— The 14 teams that did not make the playoffs are entered into the lottery with the worst team having the highest percentage of getting the No. 1 picks. Odds decrease in descending order according to the team’s finish during the 2016-17 regular season.

— The Golden Knights, which will begin play in 2017-18, were given odds equivalent to the team with the third-worst record from the 2016-17 teams, which was Arizona. Both the Golden Knights and the Coyotes have a 10.3 percent chance of winning the first lottery.

— Once the first lottery draw is complete, the draw for the second spot will be held with the odds increasing on a proportionate basis for the remaining 14 teams. The process will be repeated for the third lottery draw for the No. 3 spot.

— The 12 clubs not selected will be assigned their draft selection spots from No. 4 to No. 15 in inverse order based on regular-season point totals.

A presale for Golden Knights season-ticket holders is under way for the June 21 NHL Awards Show and Expansion Draft at T-Mobile Arena. Those eligible can purchase seats for the event through 5 p.m. Tuesday by contacting their ticket services account executive.

Tickets are priced from $15 to $30 plus applicable service fees.

Following the presale, remaining tickets will be available for the general public beginning at 10 a.m. Wednesday at the T-Mobile Arena box office and online at tmobilearena.com.