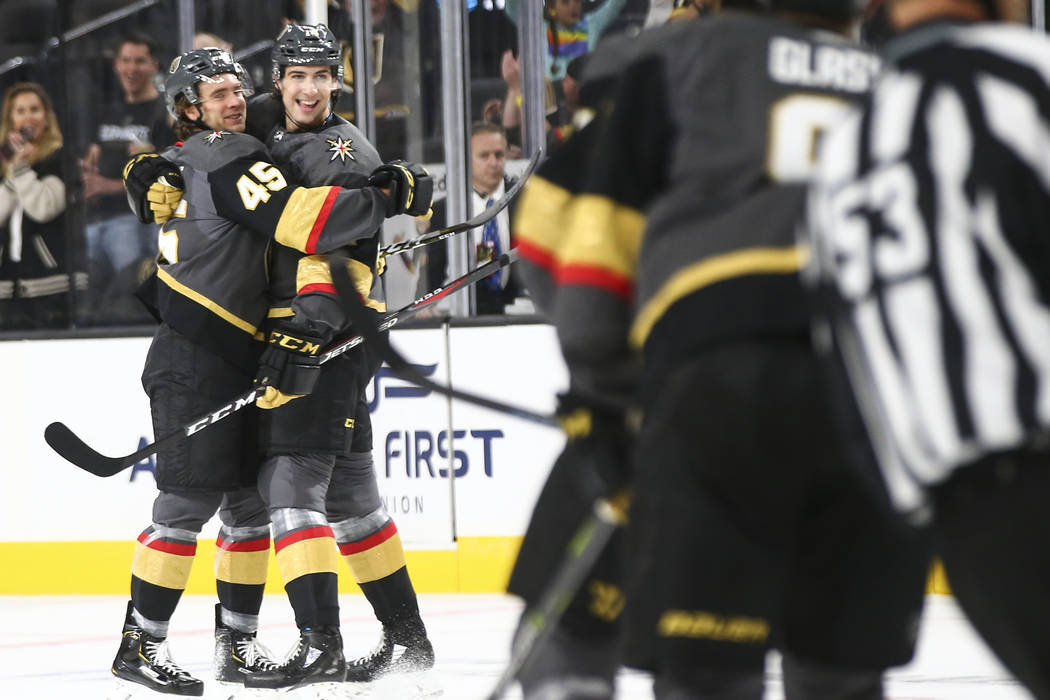 Jake Bischoff isn’t the Golden Knights’ flashiest prospect on the blue line but he still has a chance to make the team out of training camp.

The 24-year-old plays smart defensively, communicates well and brings some offense to the table. The Knights currently have two available roster spots with Nate Schmidt suspended and Shea Theodore unsigned, so the time is now for Bischoff to make his case.

“I hope so,” Bischoff said when asked if he’s ready for the NHL. “That’s what you work for your whole life. If the opportunity comes, we’ll see. I definitely feel like I’ve been preparing for the last 20-plus years of my life to try to get to this point so if it happens that’d be cool.” 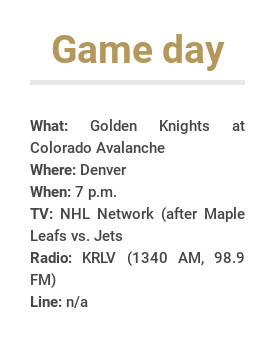 Bischoff, acquired by the Knights in an expansion draft trade with the New York Islanders, is entering his second full pro season after a standout career at the University of Minnesota. His first went well, as he led the American Hockey League’s Chicago Wolves in plus-minus (plus-23) and had 23 points in 69 games.

His second isn’t off to a bad start either as he scored a goal and provided solid defense paired with defenseman Nicolas Hague in the Knights’ first preseason game Sunday, a 7-2 victory over the Arizona Coyotes.

“He makes it easy (to play with him),” Hague said.

The pair was praised by coach Gerard Gallant on Sunday, but Bischoff isn’t trying to read into things in training camp. He’s not thinking about the Knights’ open spots, just his own play.

“It’s really out of my control,” Bischoff said. “I just want to go out there and do what I can, play my game. Whatever happens, happens I guess.”

The 19-year-old prospect scored on the power play with 38 seconds left in the second period, holding the puck an extra beat to find an open window to the net.

It was Hague’s first career preseason goal and came in his first game at T-Mobile Arena.

“I’ll definitely remember that (and) this whole night,” Hague said. 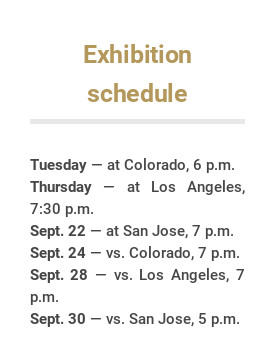 Center Paul Stastny didn’t play in the Knights’ opener Sunday but he was still wowed by the announced crowd of 17,567, the largest of the Knights’ four preseason games as a franchise.

Knights prospect Cody Glass left practice early Monday for unknown reasons. Gallant was not on the ice for practice with Glass’ team and didn’t have an update afterward.