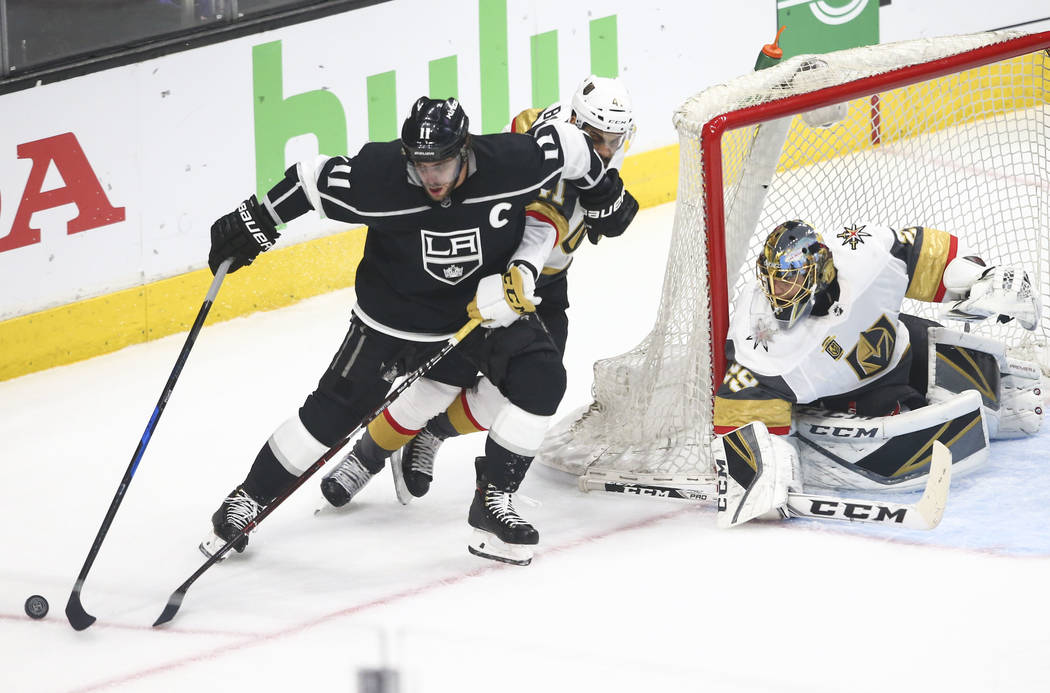 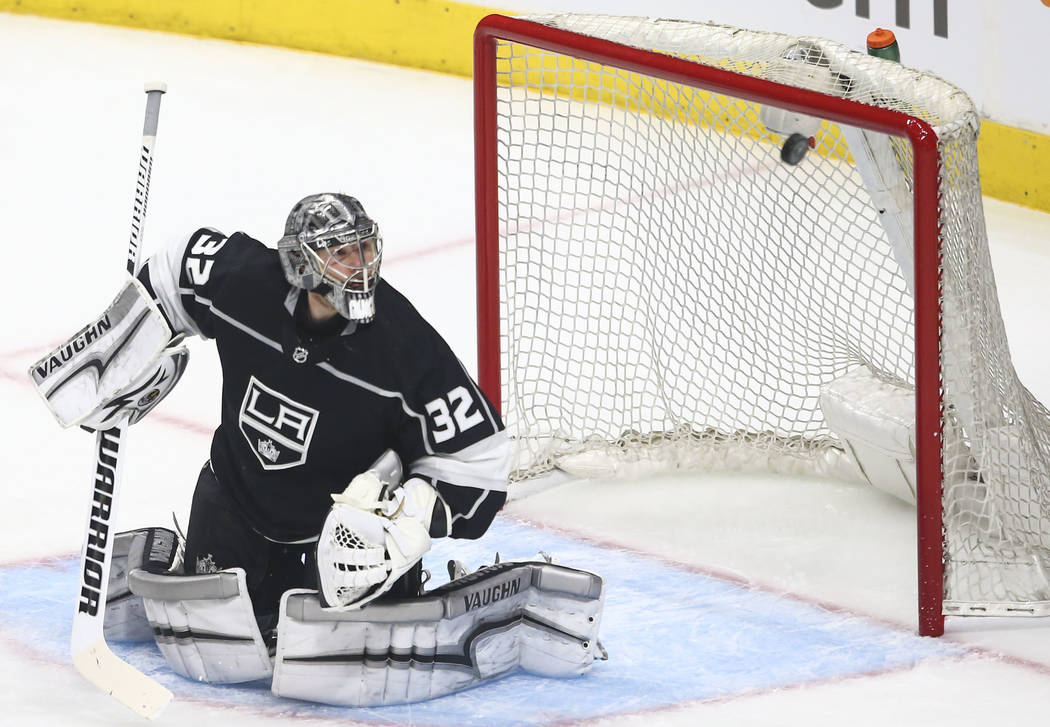 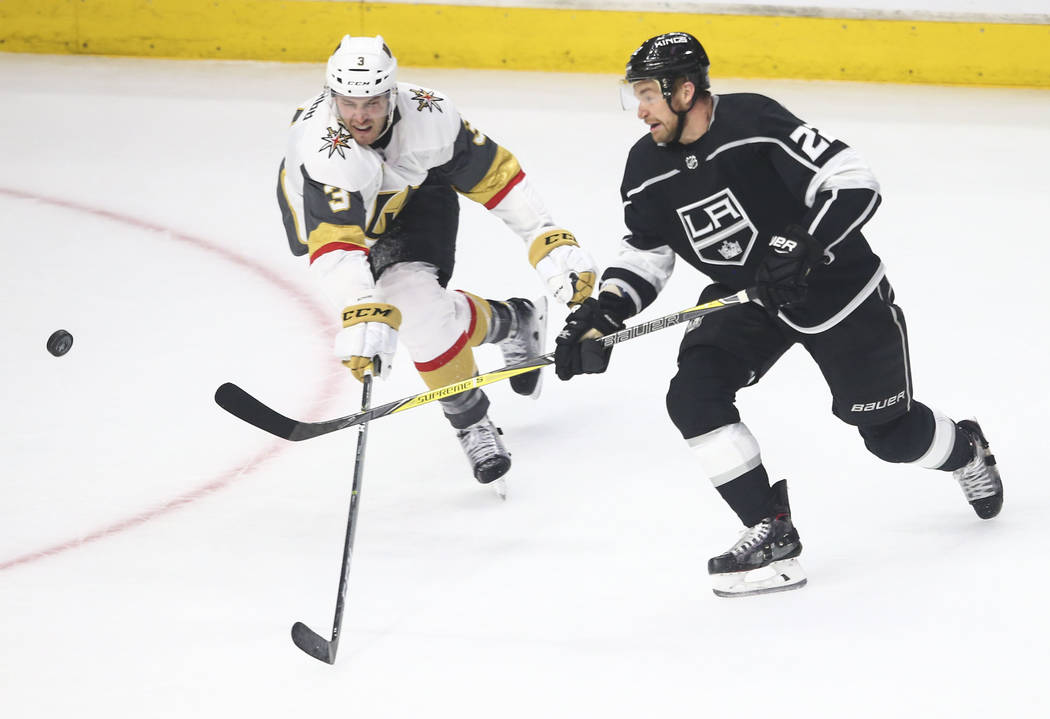 LOS ANGELES — The Kings spent what felt like the entire first period of Game 4 in the offensive zone putting pressure on the Golden Knights.

But after its most complete 20 minutes of the Western Conference quarterfinal series, Los Angeles still found itself locked in a scoreless game at Staples Center.

It was that kind of series for the Kings, who never found a way to put the puck in the net.

They’ll have the entire offseason to think about it after they were swept out of the playoffs in a 1-0 loss on Tuesday night.

“We came out to start the second and I thought we were still pretty good,” Kings leading scorer Anze Kopitar said after the game. “We were still creating. I thought this was obviously the best game we played in the series, but you can’t win a series scoring less than one goal a game.”

It was the fewest goals the Kings had scored in a best-of-seven series, breaking the previous mark of futility when they scored five goals against St. Louis in a 1969 sweep.

Los Angeles did everything they could early in the game to snap out of its funk.

Los Angeles had attempted 40 shots to just 17 for Vegas midway through the second period, with 18 of them on target.

The Knights still found themselves ahead 1-0.

“That was exactly the start we wanted,” Kings coach John Stevens said. “I thought we really put pucks behind them and drove around them and it allowed us to spend a lot of time in their zone. I didn’t sense any frustration in not being ahead. That’s just how you have to play for 60 minutes and do good things for the length of the hockey game and usually you’ll get the results you want.

The four-game sweep marks the eighth such exit from the playoffs in franchise history and the first since a first-round series against the Detroit Red Wings in 2000.

The Kings were also shutout twice in that series and scored just six total goals.

“We played four one-goal games in this series,” Kopitar said. “We had chances, we just couldn’t capitalize on them. We knew it was going to be a tight series. They only got seven. There was great goaltending on both sides and both teams were really defending well.”

Kopitar had his only points of the series, a goal and an assist, in Game 3. He had a really good look in the third period that was denied by Fleury in Game 4. Dustin Brown got six shots on goal Tuesday night and Jeff Carter had three.

The Kings believed they were starting to figure it out even though they weren’t getting results.

“I thought our hockey team got better through the series,” Stevens said. “I thought tonight was our best game. We created the most chances, we just didn’t finish offensively. Tonight we got some pretty good looks with the right people. Fleury was just really good and they check really well. We created opportunities, but at the end of the day you need to take advantage of those and put the puck in the net this time of year and we just didn’t do that enough.”

Now it will be several months before they score another meaningful goal.