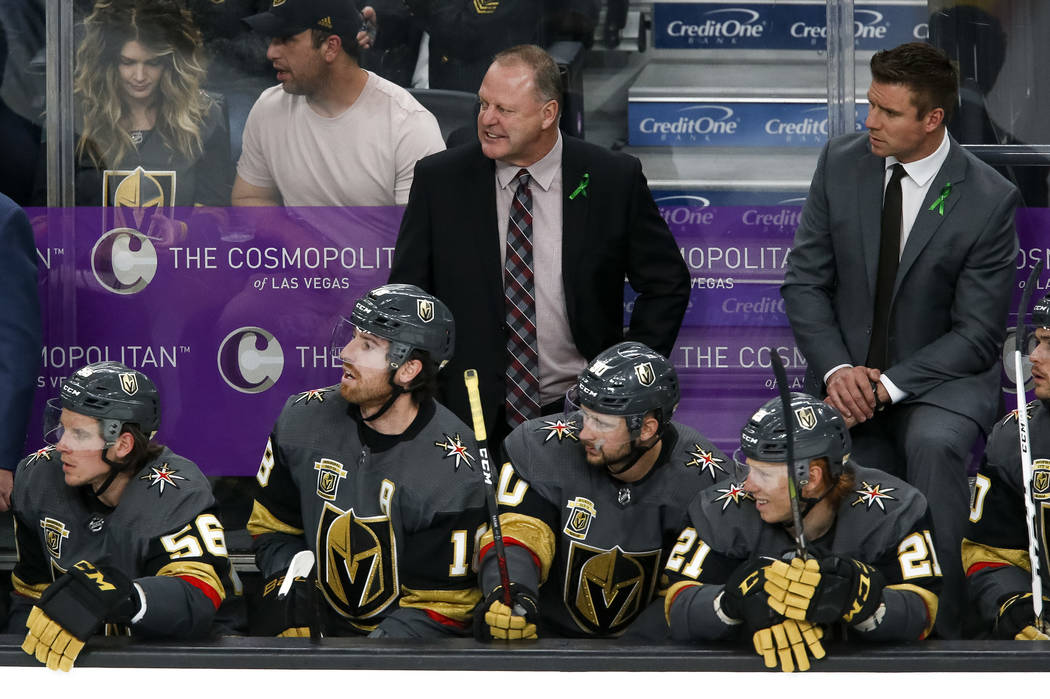 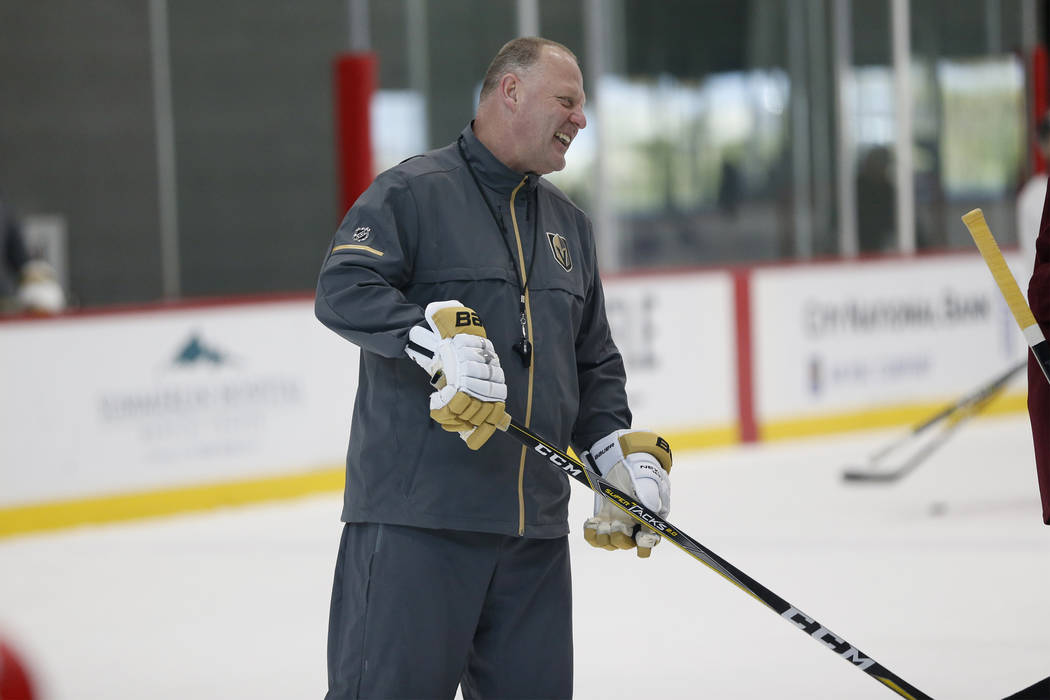 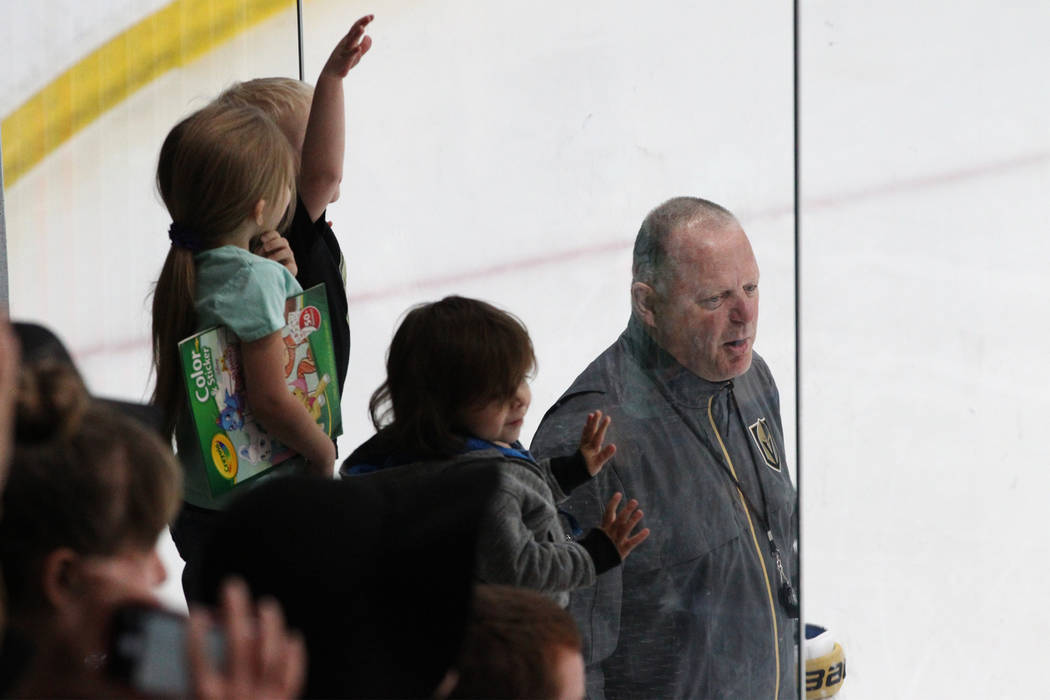 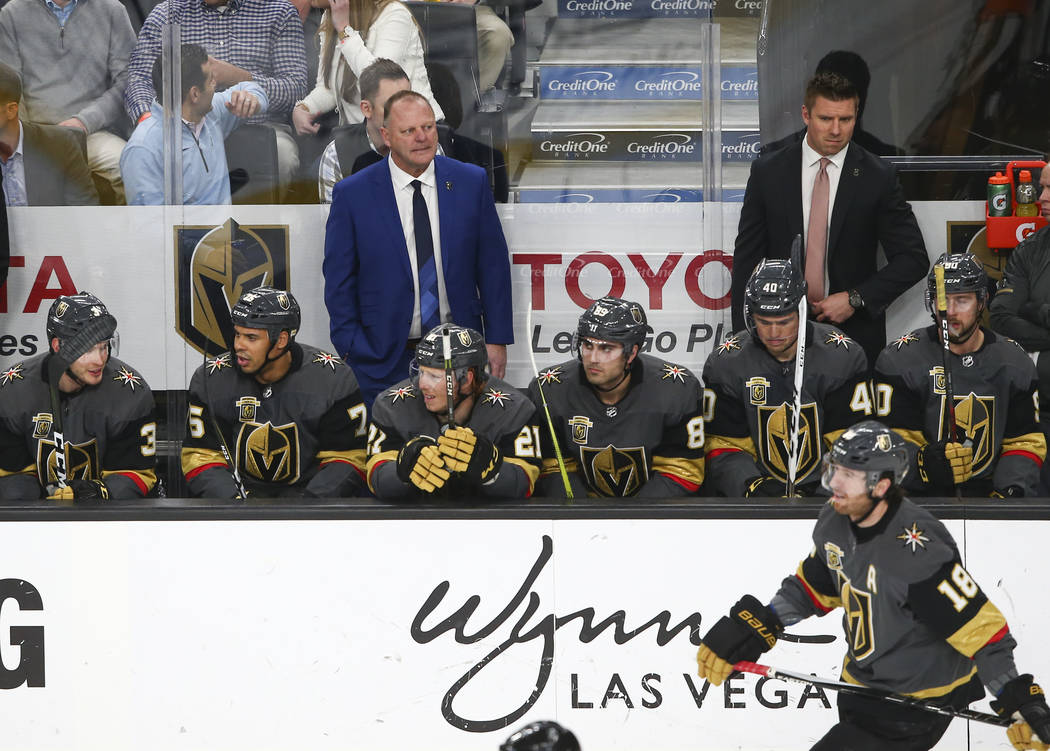 Golden Knights coach Gerard Gallant is one of three finalists for the Jack Adams Award as the NHL coach of the year, the league announced Wednesday.

Colorado’s Jared Bednar and Boston’s Bruce Cassidy are the other finalists. The winner will be revealed at the NHL Awards show June 20 at The Joint at the Hard Rock Hotel.

Gallant guided the Knights to 51 wins and the Pacific Division title. The Knights are the first modern-era expansion team from any of the four North American professional sports leagues to win its division in its inaugural season (excluding mergers and all-expansion divisions), according to Elias Sports Bureau.

“I’m honored, actually.” Gallant said. “It’s a coaching award for our whole staff. My assistant coaches, and goalie coach and video coach did an outstanding job. It’s an honor, but it’s our whole staff.”

This is the second time in Gallant’s career he has been a finalist for the Jack Adams. He finished second in 2016 after leading Florida to the Atlantic Division crown.

“It’s been a perfect year for us so far, battling hard and coming into the second round of the playoffs now.” Gallant said. “Like I said, it’s been a perfect storm so far. I think our team’s worked hard. We’ve competed hard, and credit to our players.”

In his first full season behind the Boston bench, Cassidy led the Bruins (50-20-12, 112 points) to a fourth-place finish in the NHL’s overall standings.